Posted on July 30, 2017 by nelsonearthimages

For my next photography based post I plan for it to be something of a technology article. For today, I am just sharing a few old pix, dividing them into home images, and away. I know I write a lot of these “well here’s a few pictures to share with nothing much to say” posts.  That might seem to suggest that the creative side of me has finally died for good. That side will always come back. Much like all of you, I am never sure when it will resurrect itself. I wait, and when it happens I put it down on these pages.

One thing that is for sure, if you are a photographer and have a reasonably long lens, and some mobility (at least to a window that will open), no matter where you are, you have the ability to make pictures of the most photographed subject for nature photographers world wide…..birds.  If you drive, or know someone who can drive you, your world then gets a million times bigger. You don’t need to be a world traveler to find them.

The two pictures below were made from the car at one location on the same morning. In fact they were made about a city block from one another.

The top image is an American Kestrel and the bottom is a male Northern Bobwhite Quail. One on a post and one on the ground. They were made in a state park which allowed me to drive very slow and even park in the middle of the road (nobody around) and shut the car off.

Another thing that these images have in common is the catch light in their eyes. That one factor adds a lot of life to an image. 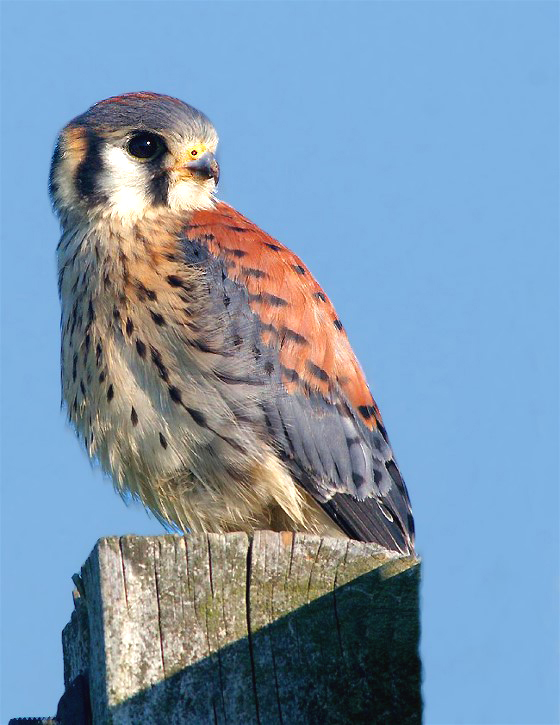 Of course birds are not the only critters right outside the window if your car. This Thirteen-lined Ground Squirrel spent at least twenty minutes outside my car window. Once again a dead end road in a state park made sitting in the car on the road possible.

Some little critters that aren’t photograph-able from inside the car can still be spotted from a car.

I loved hiking in fields or the woods, but often I would drive around searching for dragonflies or butterflies. Of course you need to make sure you can park near-by.

Reptiles live everywhere that has a warm season. At home and on the road. I have made very few pictures of snakes in my life.  A Rattlesnake on film, and a Fox Snake and the Northern Water Snake you see below in the digital format. I was not in the car when I found the snake or made the picture but I was in the general area around home.

My real point to the shoot at home section of this post is that everyone can’t travel the world or even your own country. Never look at making pictures around home as something “less” than making them elsewhere.

One thing definitively missing around my home, are opportunities for great landscape images.

The first picture below was created on the canyon drive in Dinosaur National Monument, Colorado/Utah, the second by the Arkansas River in Colorado, and the last in The Badlands of South Dakota.

There are no roads like this where I live. This one is in Utah.

I need to amend a portion of my last post. When I wrote about Foxconn coming to Wisconsin, to likely employ 10,000 people, I called the facility a distribution center. I lamented that I wished it was a manufacturing plant as more highly skilled and high paid jobs would result. It is in fact a manufacturing plant. Amazing!! Of course, now we have to start actually teaching those skills in Wisconsin. We do not need more English majors or poets graduating from our tech schools. I love English and I enjoy poetry but come on!

For those of you who are political conservatives or just Republicans, do not stoop to the usual tactics of blaming the Republican Party for the failure to replace Obamacare. Blame the three Republican Senators who did this. Everybody else did their job from A to Z. Three Senators grandstanding, each for their own selfish reasons.

The sad part is, more and more Americans will be dropping their incredibly expensive health insurance policies and simply paying the penalty. So many Americans have ZERO choice remaining as far as which policy to choose. At this point, Obamacare is the biggest debacle of the 21st Century. Attempts at socialism and taking away the freedom of choice always cause pain and suffering.