Posted on November 15, 2014 by nelsonearthimages

I’ve had great success with several of my frozen waterfall pictures but this one has never been liked. I however love it. We all have those pictures that will be appreciated by nobody by ourselves. It pays to keep your skin thick when you are in the creative arts.

Warm and cold. This is Wisconsin’s Wolfe Lake on a cold winter’s morning. I love mixing cold and warm colors and moods.

With winter coming I thought I would share some old shots of ice and frost. Many of these shots have been shared before, two just recently, but I believe it is a subject worth studying. In many ways the types of pictures below, (to me) are what it means to be a nature photographer. Crawling around and exploring all the visual possibilities that nature provides is what a lover of the natural world should want to do.

The seven images below were all made at one location, within the space of an hour.

Ice and snow melting and then refreezing makes for great some shapes and the first four of these seven represents a short period of time, working along a river using the underside of logs to find subjects. No I didn’t fall in but it was close a couple of times. 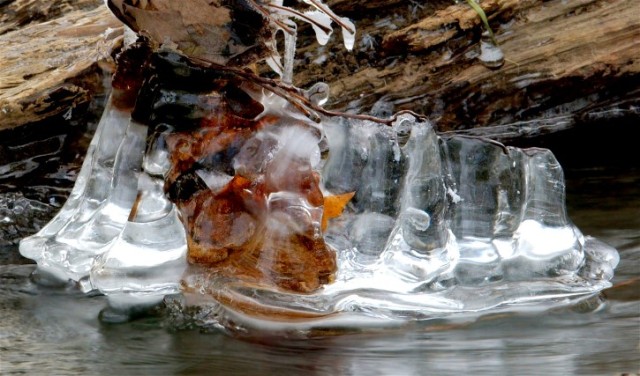 I enjoy making super close-ups of ice as well. If you notice carefully, the ice in the lower right hand corner is not as sharp as the rest. That means either the ice curved towards or away from my camera (it didn’t), or I did not have my camera back perfectly parallel to the ice. It was the later. This despite the fact that I shot at f16. I don’t think it makes a lot of difference in this shot, but if that corner of the image, contained important patterns or information, this shot would have been ruined do to my lack of attention to detail. Pictures and life are made up of tiny details that give us the big picture. 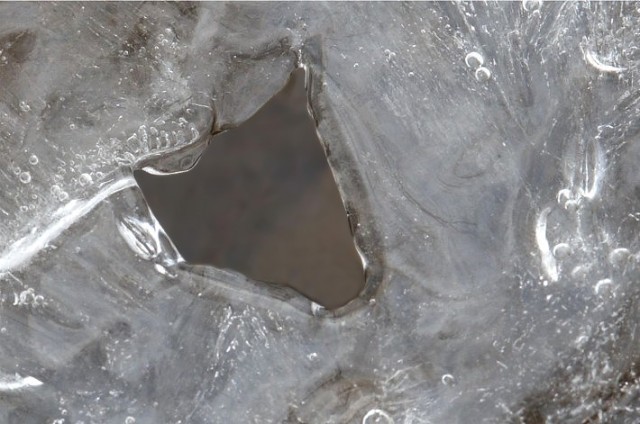 Frost is also a worthy subject. The sun began to appear and I photographed some frost covered branches in the sun, while using the shadowed side of the river as backdrop. The contrast difference helped to show the shape and texture of the frost.

Photography is the perfect hobby/business for those of us who enjoy solving problems. 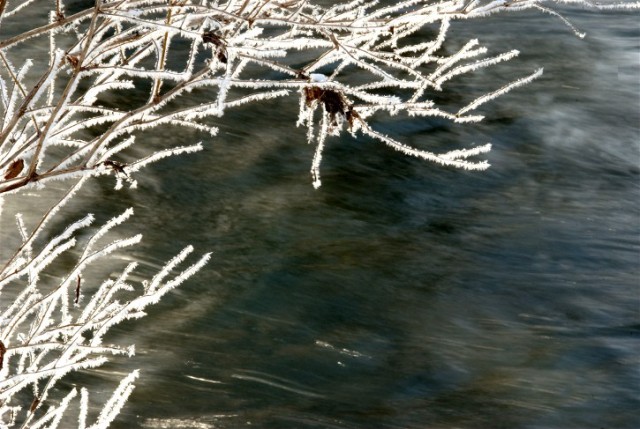 This image is similar to pictures 4-7. The difference is that instead of it being ice that has thawed and refrozen, these are Lake Michigan waves that have frozen and attached themselves to rock. The image was made at Door County’s Cave Point.

Another shot of Morgan Falls made on a different year than our first picture. Good things happen at the base of waterfalls in every season.

This is the base of a waterfall in Milwaukee County’s Whitnal Park. This location if fairly close to home which has made it a much used spot by me.

This is not snow. It is in fact frost. The frosts get heavy in these northern climates. Blue skies in winter are very….well, blue. That white certainly looks pretty and ….well, white in front of that sky. 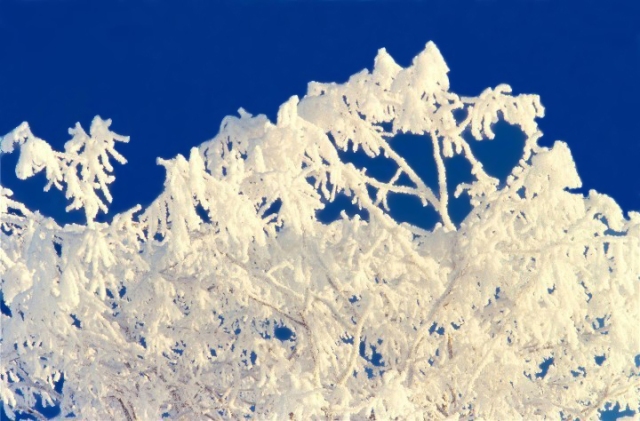 This old image began its life as a slide. I was out horseback riding  and of course my camera equipment was in my car trunk.  After turning my horse out to pasture, I began my drive home when I noticed little bits of snow and frost along a small trail near the road. I hiked about a mile with my cameras and tripod and really only found these berries with some photogenic frost/snow to show for it.  Was it worth all of that effort? To me it was well worth it.

The next two images were the result of an early season ice/hail storm. They were also made back in my film days. Believe it or not, they are pictures of the same scene. I was focusing closely on the grasses and ice, when I realized that when I looked really, really close, it seemed as though I could see blues and other colors. Those colors would move as I moved. The prism effect. I dropped my tripod down and added some more extension (Pentax 6×7), and there you are. A perfectly natural abstract of a real occurrence. 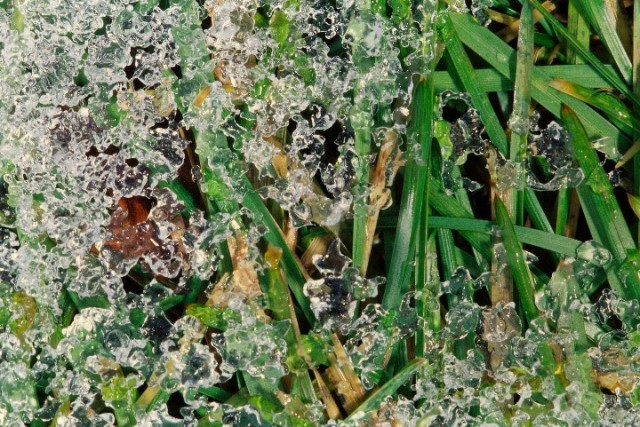 Finally we close at Morgan Falls (again?) with a picture  that has been quite successful. I used a polarizer filter for this image. Without removing the sheen from the water, that reflection would not have been visible. 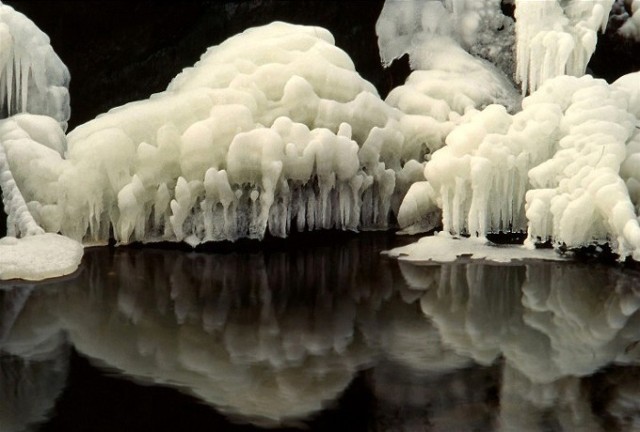 Understanding photography may not be necessary for all photo art, but it certainly helps.

I had an old friend that knows me quite well email me the other day and ask if I have ever turned around or refused to go forward on an adventure, either on foot or by vehicle, do to fear…or common sense. I should add that he is a true adventurer.

I have forged ahead through a lower canyon in Arizona/New Mexico, despite the fact that I knew there were fjords that were probably bigger than my car. There were. I have driven into the mountains of Colorado in the darkness despite the fact that I knew that the snow was piling up at an alarming rate and I had at least three mountain passes to cross.. I hiked into the Boundary Waters Wilderness of Minnesota, despite the fact that I knew I could not make it until after dark. In fact, I knew it would take me almost all night. I wound up sleeping on the trail. So have I ever decided not to go because it was too risky, or I just wasn’t brave enough? Yes, all the time. I am not brave, and common sense has prevailed much of the time. I may be less brave than the average person, I know of no way to measure it. If I hadn’t said no to several potential adventures, I would have never lived to experience the ones that I did. There is a time to take a gulp of fresh air and move forward, and then there are times to say “no way”.