Posted on November 18, 2014 by nelsonearthimages

Today we have some awesome images by three of my favorite photographers.

This Kurt Budliger landscape is a great example of the art of rules (tools?) photography. Kurt used most of the traditional landscape compositional tools to produce this stunning image. Variations on the rule of thirds, with a simple foreground that still has a lot of visual impact, and an attention grabbing sky, all make this a winner.

My favorite abstract landscape photographer Guy Tal throws the tools in the trash to create this gorgeous statement about line and color. There are so many ways to look at the land. 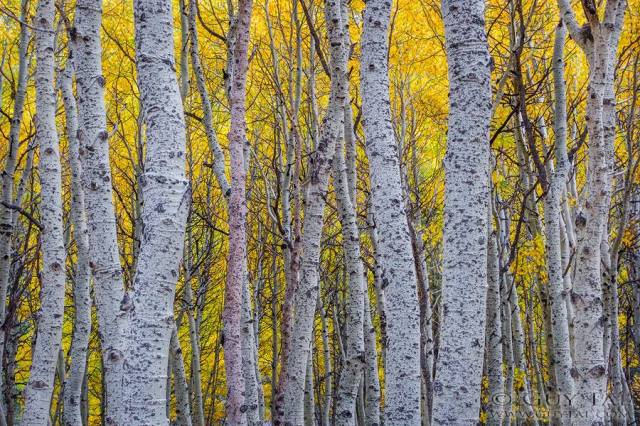 There are also many ways to look at the fauna that inhabits the land as well.  Charles Glatzer is a giant among wildlife photographers. He caught this Polar Bear perfectly (of course) as it shook off a dusting of snow. His animal photos are alive with personality.

Black and white versus color.

I am a lover of black and white photography. For many years I shot, developed and printed my own black and white imagery. There can be a richness in black and white that just doesn’t exist in the world of color. Black and white, because it is our oldest form of imagery, will also fit well with old antiquated subjects. Those subjects feel like they belong in black and white. That having been said, even I can sometimes find it difficult to view a “high color”, color image, when a black and white made from the same picture.

The pictures below are that of an old Spanish/Indian ruin in New Mexico. The warm sandstone and the cool blue skies play off of one another. They POP. I struggled at first with the black and white version. My first rendition was okay, as long as I viewed both pictures completely separate. If I put them next to each other, those brilliant colors held my eye. I changed two things on the black and white. Firstly, I took the building only, and first brightened it, and then added contrast. The brightening helped the building “pop” from the sky a little. The contrast increase on the building separated (contrast again) the sunny and the shadowed portions of the building from each other. My last act was to darken the sky. One again more contrast or pop was added as this act separated the sky and the building. While the color image is almost jarring after you have stared at the black and white, they still both feel alive and vibrant. In some ways, after I made the changes to the black and white, it tended to make the color version look gaudy.

It is a great medium (photography) indeed, that gives us so many ways to “see” one subject.

In my last post I wrote about my involvement in the Black & White Challenge on Facebook. Someone invites you (over the network without prior knowledge) to post a black and white image everyday for five days, and then you invite someone else to do the same. These sorts of social media challenges that put you on the spot are not really my thing……but, it is an easy enough challenge for me……so I took it. To suggest that I did not exactly set Facebook a-flame would be an understatement, but that is okay. I sent a private message to a friend to see if they wanted to take up the challenge.  As I said, I am not a fan of putting people on the spot. He politely declined, making me happy that I broke the rules and messaged him first. Time went on and I made the bad decision to follow the protocol that was being used by everyone else. I picked a friend that I did not actually know, but I do know her work, that I knew could meet the challenge. I posted the challenge publicly, and there was no response. Today I went into Facebook only to see that my friend has “un-friended” me. I admit that I at first chuckled but then I realized that there is a lesson in every step we take in life. It matters not what others on Facebook do. I had a standard for my behavior and I broke that standard. I don’t blame her for wanting to shed someone who would put her on the spot like I did, and like many are doing on Facebook.

My lesson learned, is to stick with what I believe is right, and let others do as they please.