The Image or The Word?

Posted on March 1, 2020 by nelsonearthimages

Great writers can often create pictures through their words, and oft
times, photographers can impart words with their images.

Mentally, the image (in our minds) may have come first, but God gave
us The Word, soon after.

The first painters and sketchers began the art of creating imagery.
They produced the sights they (literally) saw, the thoughts (and
words) that those sights invoked, and they promoted their imagination
through the work they envisioned within their minds/

In the 19th Century, thankfully photography was invented, so people
like me, who are artistically challenged when it comes to producing
art with our hands, could participate not only in the art of words as
we had been doing, but with visual art as well.

Words alone, images alone, or words plus imagery, allows each of us
to share our art, whatever form that art is.

Ansel Adams was good with both words and pictures, but it will forever
be his photos that live on.

His many dramatic pictures from the mountains will live on forever with and
without words, and his single image of a moonrise over the small,
primitive town of Hernandez. New Mexico surely will as well.  His
images bring words to our hearts and minds. 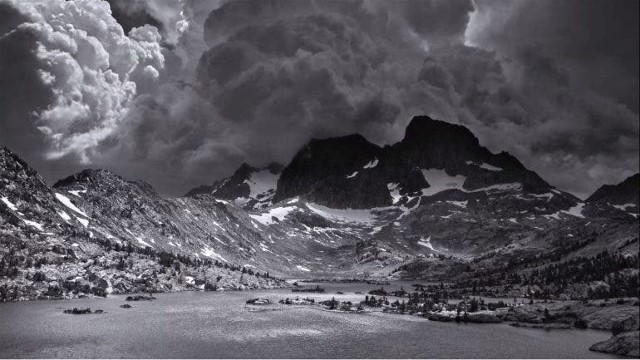 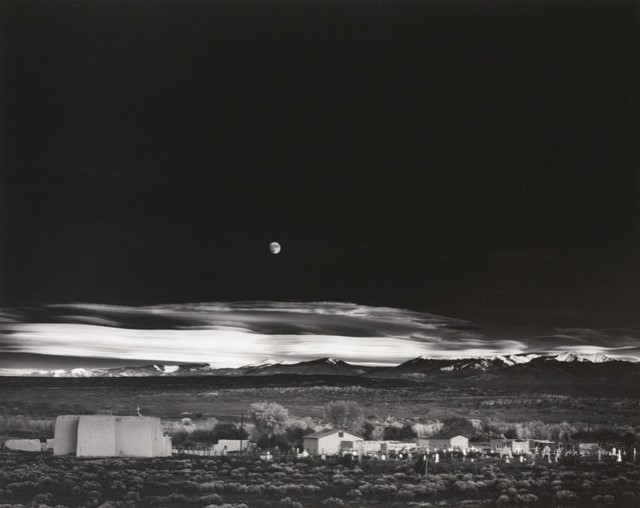 A picture may be worth a thousand words, but a few words can also
paint a powerful picture.

The Abraham Lincoln quote below is symbolic in nature, but the words
still paint a vivid picture.
“Character is like a tree and reputation like its shadow. The shadow
is what we think of it; the tree is the real thing.”

Frederick Douglass casts a figurative shadow with his literal words.
“It is easier to build strong children than to repair broken men.” .

The humble pictures I show you today below belong to me and are not presented as my
idea of what is art in the form of an photo. I use them as a means for
you to decide for yourself, what thoughts and especially what words
come to you when you view them.

My first image today of an Orange Sulphur Butterfly, would certainly
serve the purpose of showing each of you what a butterfly of this
species looks like in close-up detail. At least what a part of it
would look like. To me, it conjures up words like contrast and/or
detail. Contrasts and details of dark and light, bright color and
colorless, wet and dry and on and on and on.

It is normal to consider wildlife images that are super close-ups, to
be the consummate form of artful animal images.  It is accepted as
such. The image below of a Red Fox vixen and her kit, certainly fits
that definition.

Super close-ups are naturally artful regardless of the intent of the
image maker. It takes us (hopefully artfully) into the world of the
animal.

Words like adoring and adorable, as well as loving and gentle come to my mind.

Sometimes when we cannot get close to a wildlife subject, or maybe we
don’t want to, artistic compositions become easier and
more natural. I enjoyed posing this juvenile male Yellow-headed
Blackbird (and others) along this branch in a roadside marsh. As he
moved up and down and back and forth along the branch, comp after comp
appeared in my viewfinder.

Words like scruffy or itchy come to my mind.

The one glorious day I spent at Monument Valley Arizona/Utah, gave me
countless opportunities for powerful images of classic locations.
There is more to what meets and greets the eye than merely the most
iconic rock forms, under consistent, pretty light.

The Valley usually presents us with picture frames full of sandstone,
and some nice sky. How about an expressive sky with some just barely
lit rock forms at the bottom of the image, where they do not steal the
scene, but compliment that sky? Maybe the term “less is more”?  We
each have our own words to match any image we might see. 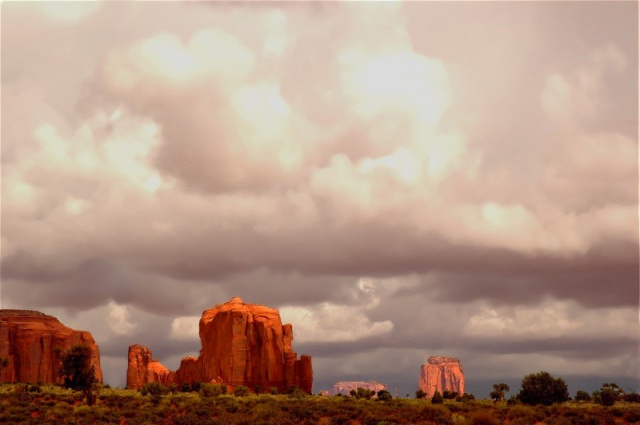 Be it flat and colorless, or crisp and colorful, it is light that
makes the most ordinary locations special. Without light there are no
photos.

Repeating patterns of snow covered branches, augmented only by the
craggy contrasts of the snow-less, dark trunks, make this ordinary
tree on a bleak, cold day, something special.

Twisted, bleak, and special all come to my mind.

The edge of a Lake Michigan Beach at sunset (on the Door County
peninsula), and some wild grasses, become something special when we
take the time to “see” them. I was teaching a workshop at the time and
it took me quite a while to help a student to see what I saw, or
hopefully, see better what he was already seeing.

I am not sure if this is some form of wild wheat, but golden fields,
and wheat are words this picture paints for me.

Whether we paint pictures with our words, or find words for our pictures, “either the art of intent, or discovery is at hand”.

Find some words to go out and photograph, or better yet, if you are a
photographer, go out and create some images and decide what they say
to you.

Words and images are great vehicles for expression. I “almost” love
one as much as the other.