Posted on October 13, 2017 by nelsonearthimages

Big time Democrat, and contributor to Barack Obama’s and Hillary Clinton’s campaigns, serial molester of woman, and accused rapist Harvey Weinstein, is now being “outed” by a long list of woman. Many Hollywood types, mostly woman are now admitting they knew all about cute little Harvey. I use that term because the political left usually treats their own sexual predators like cute little guys. It’s sort of well, “boys will be boys”.  They are finally being forced to admit to at least one of their long list of sexual predators.

I will add once again as I did a few posts ago, many news organizations such as the New York Times, have known about this for years. The NYTs answer to why they didn’t report it was it is a “New York thing“. Suggesting that people like Weinstein, who apparently is from New York, can get away with it because it’s accepted in “The Big Apple”. The NYTs has a complete lack of journalistic integrity, and is a purveyor of fake news whenever it suits their purpose. Do note, I am not suggesting that the Times should have reported unsubstantiated rumors, although they have been doing that with Republicans for years. I am saying they should have investigated the story and reported any findings.

Not only are woman coming out of the woodwork about cute little Harvey, but now more prominent Hollywood men are being identified as serial molesters of woman. Actors and other such Hollywood types. It seems to run in the family….so to speak.

Boy it took a long time for Hillary to comment. Of course she is married to a serial predator so I guess it’s just the norm for her, although she is big about criticizing President Trump for saying something vulgar one time several years ago.

Below you will find a picture depicting the vast woman’s march against Harvey Weinstein and his Hollywood sexist cronies. You will find many of the same dedicated liberal protesters that marched against Bill Clinton and Teddy Kennedy.  A thanks to Larry Elder for this stirring scene. 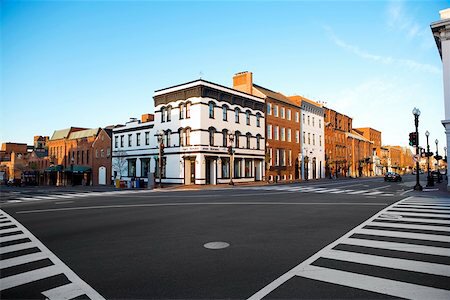 Hypocrites from this crowd, are like cockroaches to cake crumbs.

Of course, Michael Moore, the Hollywood filmmaker who actually once had a movie of his removed from Academy Award consideration because his “true” documentary was filled with hired actors reading written lines, seems to be standing by Harvey.

I have been in Hollywood, I am beginning to feel a little dirty about it.

Are there any conservatives or Republicans who have covered up Harvey’s predation? Well, in Hollywood they are outnumbered 100,000 to 1, and most conservatives rarely move in the same political circles as the likes of Weinstein, but it isn’t impossible. If I find any, I will report it here.

Let’s take a side trip.

Remember all of those accusations by a dozen or so woman that stated in a period of over 20 years, Donald Trump grabbed their butts and such in public places? Public places where hundreds of people could of, but magically did not see the occurrences. Where are they now? No attempts to persuade District Attorneys to press criminal charges. No civil law suits. They disappeared before the campaign was over. Vanished. Into the wind. We know they did not mind, even seemed to enjoy the publicity. Where did they go?

Do you remember the New York Times, CNN, NBC News and others reporting that innuendo with no problem? I do.

Back to Hollywood with more thoughts.

I am demanding that the famous sign that reads Hollywood and sits on a hill above the city, be taken down. It offends me! I mean, isn’t that what we do now? Everything that in any way can be connected to something we don’t like, and that we claim that offends us, should be removed. Hmmm, I just don’t get it. Where are the marches and demonstrations to take down that sign? (back to that photo I included)

Actually, I am okay with that sign staying just where it is. It is just a sign, and Hollywood has a long and interesting history. I guess I will leave it for the psychotic left to banish every sign of anything they don’t like, and the history that goes with it, as well as any free speech that might have been practiced. along the way.

We live in a fascinating time. I won’t quote the Bible here (despite that it often makes the left crazy) but everything we know that is good, will be considered bad, and everything bad, good.

I am an animal lover and stand with most attempts to help or save animals. It is humane to want pets to have happy, healthy lives. It is even more humane, to insist that animals that are used for food, be taken care of until their day comes, and are brought to the end with dignity and humanity. Therefore I must be in favor of California’s new law that requires pet stores to sell rescue animals. Right?

While I do acknowledge California’s legal right to enact such legislation, even though it is not in keeping with a true free-market Democracy. A free country. Trust me, pet stores will “work around” this if they so choose. You can’t force people to be charitable.

What’s next? Maybe they should force you and I to take homeless people into your house. You are a real estate salesperson? Maybe the government should force you to sell homes to the poor for 10% of fair market value. Once again, you can’t and shouldn’t force people to be charitable. You can however, make it worth their while to do the right thing, and then let them choose what to do.

What do I believe a free-market economy can do? That’s easy, offer tax incentives, state, and local if it can be done, for doing the right thing by carrying rescue animals. Work with those stores and make it both a common sense business, and ethical choice for the store owners. The ones who accept the tax break, will also enjoy and profit from putting that sign in the window proclaiming that they sell rescue animals.

What if breeders disagree with this? That’s too bad for them because the stores are making the choice themselves, not by being bullied by a overbearing socialist government like California.

They should retain the right to only sell the animals from from ethical, legal dealers if they choose,  but be plied (with a free choice) to do the right thing, and it will become a way of life. They run businesses. There is nothing wrong with giving them a positive business reason to help homeless animals. They may find it a blessing in more ways than one.