Posted on August 19, 2015 by nelsonearthimages

It has become difficult for me to share pictures of mine from the digital era, that have never been shown before. In some cases, a picture I share may have appeared in Earth Images ten times. As near as I can figure, eight of the eleven images below have never been shared before

Photography like life, is a series of lessons. Some technical, some artistic, some personal. It’s how we learn those lessons, and how we meld them in with who we are, that will decide what our pictures will say.

The first group of images below were all made in Door County, Wisconsin

Door county is a resort and art community resting on a peninsula between Lake Michigan and the mainland of Wisconsin. They are known for historic architecture, especially several lighthouses, as well as a lot of great nature, especially wildflowers. I made the particular pictures that I am sharing today as I and my partner taught a photo workshop.

While I’ve been known primarily as a nature photographer, my “sideline” has always been architecture. One of the many things I like about photographing man’s handy work is that it lends itself to sectionalizing. Even the light tower of an old lighthouse can be picked apart section by section to create parts that are equal to the sum total of the whole.

My first image uses the time-honored technique of framing. The light was anything but spectacular and I could only frame the tower from one direction.

I eventually moved in to get a closer and more defining view of the tower. I used a handheld incident meter for my exposures here. I wanted the glaring white surface to have less effect on my exposure. I also wanted to place the tower against a smaller portion of sky which served to hold the sky darker in value and a little bluer in color and in turn make the surface (white) of the tower darker as well, and therefore more detail rich. 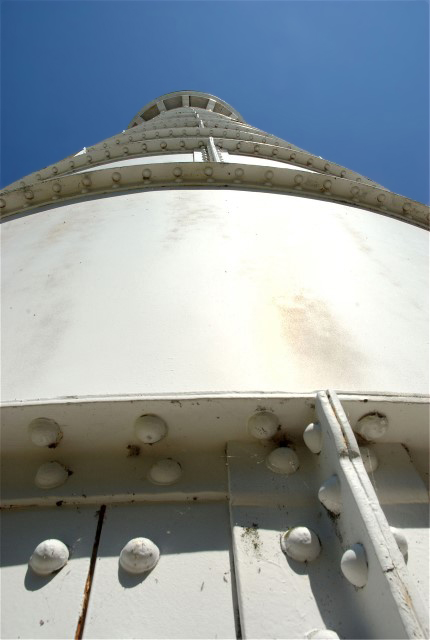 Finally, I moved again to get the sun at a 90 degree angle from the tower. Then I placed a polarizing filter on my lens and rotated it until I had those scattered blue rays of light “organized” in a successful effort to place the white building, against a deep blue sky. 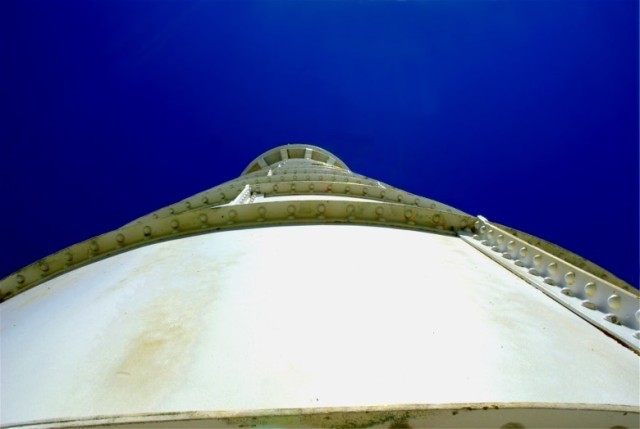 It pays to view all our subjects piece by piece, in an effort to share with future viewers of the image, everything the subject has to say. Every nook and cranny is an important part of the whole subject.

I also went on to “sectionalize” the cottage that lived on the grounds as well.

We were on the bay side of Door County and finishing up our workshop with some direct views of the sunset. Of course, when you have the sun setting in one direction, that sun is coloring everything in back of you with its warm colors. It always pays to look in back of you. I took one student and we photographed the “color of light” on an old mansion that was right across the road.

When we returned to the sunset I asked my student if he had made all the pictures he wanted of subjects bathed in the sunset light. He stated that the other buildings did not look that interesting. I said okay, and then went about the business of photographing some wild oats or wheat that were at the edge of the stone beach. The area in back of the grasses was now un-bathed in light, or more appropriately stated it was in shade. He saw what I was doing and looked through my viewfinder. He quickly retrieved his camera and tripod from the beach and mentioned that he would have never thought of such an ordinary subject looking so beautiful. Everything’s beautiful in the right light. 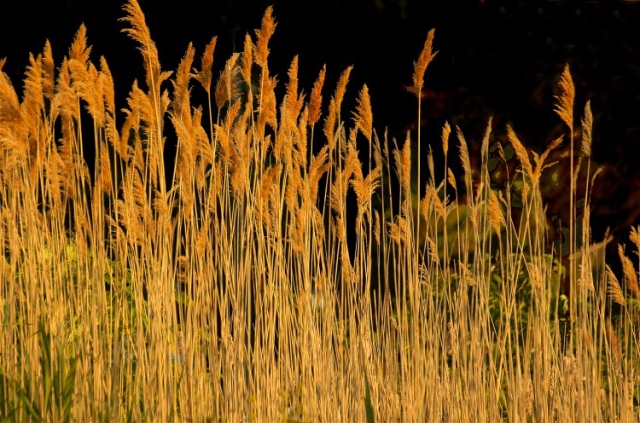 A Mourning Dove perched in an average pose is a pretty ordinary subject for a wildlife photographer. I have known many photographers who would not waste their time with such a common bird. I have no such prejudices, but in this case, I was attracted to the old barbed wire fence. Everything that appears within the picture frame is your subject, and I looked at the fence and the dove as equal participants in my image.

I seem to be known for jumping the season when I write this blog. I am often at least one season ahead of where the calendar says I should be.

Are the pictures below about autumn, or about the combination of warm and cool colors and how they can be layered to produce eye-popping, and even three-dimensional scenes. How you use the light, and how you compose any given scene, allows your subject to transcend the obvious, and make the personal statement that you should want to make with your camera.  Experience and self-taught lessons are where that knowledge comes from. 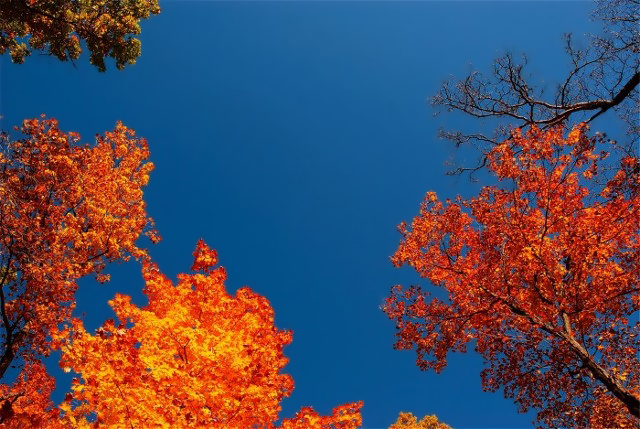 Photography at its best, is a personal experience that we share with others. We want others to see what we saw, but need to accept ultimately, that our images will become whatever the viewer wants it to be.  It’s kind of like having your children grow up, and letting them go on to be whatever they, and others in their life, want them to be. It’s out of your hands.