Posted on January 30, 2015 by nelsonearthimages

Back in the days (a total of 18 months) of the Pony Express, whatever success they had in moving the mail quickly from one location to another, depended on a series of way stations/stables, where they had a supply of “fresh horses” waiting to carry them on to the next station. Without fresh horses, the Pony Express would not have even lasted for 18 months.

The truth is, that nothing lasts very long if it is allowed to get old and tired.  It needs to keep moving, or evolving, or it will surely die.

Back in my workshop days I was asked many times how I maintained my enthusiasm for photography. The first time that question was asked, I realized I had never thought about it. So I did.

Let’s start at the beginning. How did it become such a passion?

I have never had to work at finding things to be engaged in. My parents once bought me a book on dinosaurs. The next several years of my life were spent learning about dinosaurs, among other things of course. I played baseball as a kid but I had no overriding interest in the sport itself. Then my parents took me to a baseball game. Within months I knew almost the entire history of baseball. Remember there was no internet back then. I used things like libraries.  We all remember libraries. That’s were people go (today) to use the internet. When I was 3 years old my dad took me to a local auto race. I loved the color, the speed and the noise….but I was only three. When I was thirteen my dad and mom took me to a another race and there were very few facts about auto racing, current and past, that I did not know within a few months. When I was about four years old I began to explore nature around home, and I developed a thirst for both exploring, and nature that I have never quenched. My wife and I bought two horses in the 1970s. Before long I had to have the knowledge of almost every breed, every sort of horse show, every type of riding. Politics, religion, philosophy, and on and on and on. I was fascinated.  I loved old movies as a kid. I mean movies that were already old at that time. I didn’t care as much about the stars as I did the directors, and set designers and the character actors and more. I had to find out (the library again) which western movies were made on indoor sets in Hollywood, which were made on the Hollywood back lots, which were made in the mountains and deserts around Los Angeles, or were made in remote locations in places like Nevada, New Mexico, Colorado and so forth. Which interior buildings were real and which were studio sets. I could go on.

I have never searched for something to fulfill me. Those things always seemed to be waiting for me at every corner.

My parents and I traveled to The Badlands, Custer State Park, and Yellowstone N. P. one summer and before we left they dug up an old Kodak Brownie 620 roll film box camera for me to use. The first image I ever made was that of a Black Bear. I took the shot from inside the car as it stood up and leaned against our front windshield, while my mother screamed. My second group of images were of Yellowstone Falls. A wildlife shot and a landscape image in my first couple of photos. We continued to go to auto races and I would pour over the pictures in the program or racing newspaper.  Those things were signs of things to come later.

After I was married, it was not long before I realized that spending the rest of my life in some factory was not going to satisfy me. It didn’t matter if I became the CEO of the corporation (not likely), that was not for me. I saw my love for pictures, as a possible escape. I bought a 35mm camera. My first images were of a flock of geese flying over Hwy 49 at Horicon Marsh NWR here in Wisconsin. I had my own black and white darkroom within months. Not long after that, the auto racing season had begun in this area. I had two sets of press cards from two different newspapers within weeks, and was soon published. That went on for 37 years although rather sparsely at the end. Before long I had my first of many medium format cameras. The very cheap Yashica 124 Mat G. A few years down the road I had a large format 4×5 Horseman view camera, although I sold it for a profit shortly after.

In the end, the truth is that I have never had to work at developing passions for most subjects, and I have never had to work at keeping them fresh.  Until recent years, I never thought about the subject of being passionate for things, and I can truly say that I don’t deserve any credit for it. If I have any advice for how to live this way, it would be don’t try too hard to find passions. Just don’t close any doors.

That was a long answer to a short question.

An early 19th Century sailing ship.  This one originated on film

Even manmade waterfalls, like this one in a county park, are fair game for a nature photographer who wants to stay fresh. Unusual angles are also fair game.

Two MSA Sprint Cars “getting after it” on a 1/3rd mile dirt.

Get some macro equipment. You will never run out of subjects to photograph, and to be fascinated by.  Monarch Butterfly 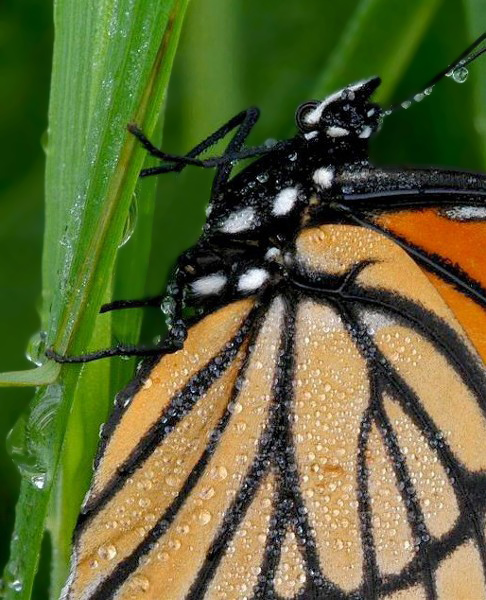 If you are perpetually examining your subjects from different angles, they will indeed perpetually be unique.

This first picture was made in dramatic light, and gives the viewer an intimate look into the heart and soul of one animal. 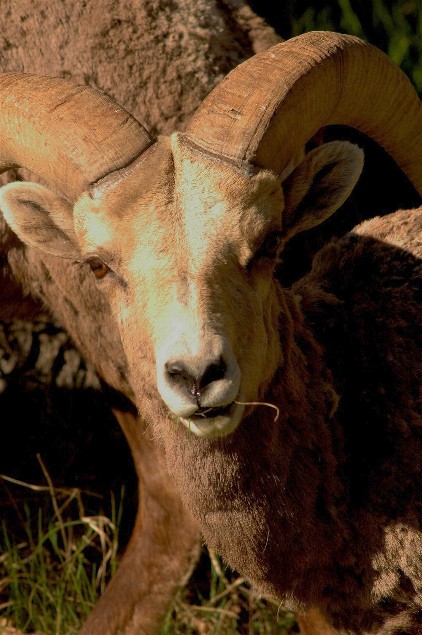 The angle in which we view these Bighorns, is uncomfortable to say the least. It looks like I had my camera tipped almost sideways.  The truth is, I am looking at these sheep downhill, but my camera is on a tripod the bubble level on the tripod, makes this image perfectly correct. You see the true angle that I was in relationship to my subjects. Experimenting is fun.  Some pictures turn out and some don’t (like this one), but you stay fresh either way.

Looking at the world as if it is new, and you are a child, will keep you fresh and excited about the next picture you create.

Some photographers view the act of documenting the life of wild critters, to be beneath them.  The truth is (and a way to keep fresh), that yes you can tell a simple story with one photo, and create a work of art with you next one.  You do not have to stop doing one thing, in order to do another. Don’t live (as a photographer or a person) on just one side or another.  If you keep your balance, and perspective, you will be rewarded.

As long as you disclose the truth, zoos are great places to make wildlife photos. Especially, pensive portraits like this one of a Andean Bear.

After flowers, I do believe there are more ways to photograph sunrise/sunset than any other subject. Even with straight forward, looking at the sunrise/sunset type images, your focal point can be drastically different.  One picture is a silhouette that is about the power in the shape of a desert rock formation,  while the other is about a breaking storm and the sort of colors and clouds it produces.

Go out and have fun, but always keep some “fresh horses” that are ready for action.