Posted on July 8, 2014 by nelsonearthimages

Dissection is usually an ugly word, but in photography there is definitely such a thing as “positive dissection”.  Generally I only dissect my own images, but I only have good things to say about today’s images from guest photographers, so I will practice some positive dissection. I will not dig too deeply, preferring to shed light on the obvious.

For too long, I’ve neglected bringing you work from photography star Jim Zuckerman. That is mainly because most of Jim’s work is either/or staged or manipulated and we’re not really about that here. Just the same it is always worth viewing the work of a master. I actually own a great old book that Jim did on nature photography. In keeping with our recent Independence Day celebration, here are two composite images complete with fireworks that Jim created. The final two shots come from Venice, Italy. They are made at an historic hotel and the figures in the scenes, are models.

We see that Jim has chosen traditional subjects, with flawless execution. The Statue of Liberty or the American Flag are hardly unique to the Fourth of July, but notice how he respects these symbols by placing the fireworks in back of, or around the symbol.

I would love to know some of the tech info on these model shots if I had it but what I do know is, Jim uses shocking red as a color to draw our attention. I especially love this stairway image, as the red pops out from the cool bluish background.

This second picture is almost surreal. Here the red is less glaring because of the warmer background, but then the masked face becomes even more important. Just what does live behind the mask? 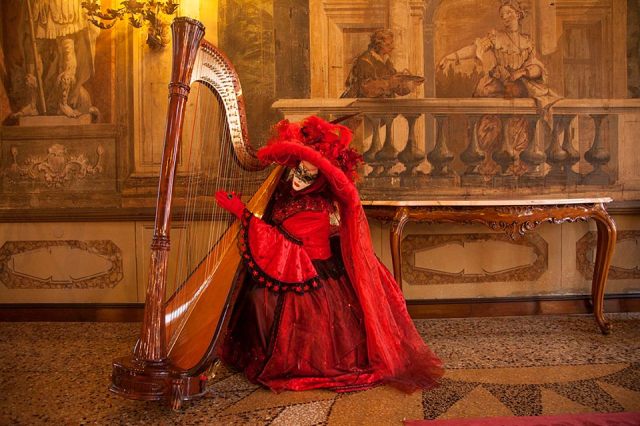 Let’s revisit a veteran of the Earth Images guest gallery, Deborah Sandidge. The subject is one of the wild horses of Camargue, France.

One thing that can make any photograph work is how contrast is applied within the image space. Usually a fair amount of contrast makes an image “pop” off the page and advance toward the viewer. In this case, minimal contrast makes for an ethereal mood. The picture itself is a contrast in the sense that the soft mood rubs against the violent action that is occurring.  Notice that there is some visible contrast, that separates the horse from the blank background.  Those water drops also help to provide separation. Without that small amount of contrast the background and horse would blend together and the action would have become unimportant. 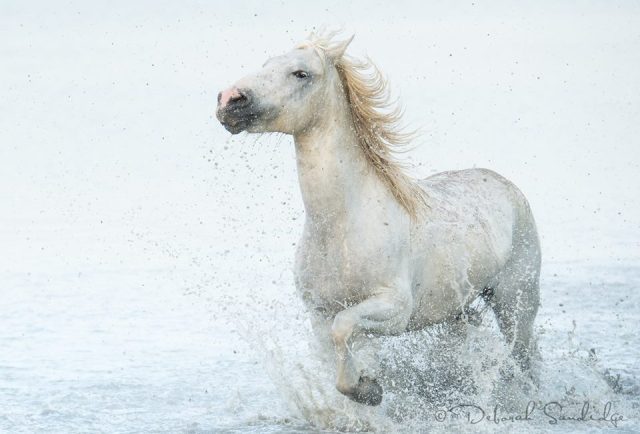 Repeating lines with more repeating lines. Zebras are great wildlife subjects. They exhibit most of the same behavior as their cousins the wild horses, but they create natural patterns when they bunch close together. Zebras are sort of a walking, living abstract. I love the simplicity of these three animals in a face by face lineup.

Whether it is landscapes or wildlife, Ian Plant consistently makes great images.

Every Day’s a Journey:  I would guess, my biggest recurring theme in my writings from(1997-2014), is not about photography at all, but about the journey. Life is a journey right down to the food you prepare for supper or where you choose to take a nice walk. From roaming the country in a car with a camera next to me, to hours on the backs of horses in the Canadian and Colorado Rockies, to all the people who have graced my life, and on to sitting here in front of this computer, I’ve always tried to make the journey worthwhile. Nothing’s  learned or gained unless you appreciate the journey.