Posted on February 23, 2014 by nelsonearthimages

I am showing you a mixed bag of my own images, with some superb pictures from several excellent photographers.  Despite the fact that today’s images that are mine, are rather ordinary, I continue you to bring you top-notch pictures from great photographers.  I never want the viewers of this blog to think it is all about me. I owe it to you to display the best images that I can find.

Including ( or featuring ) manmade objects in your nature photography, is a time-honored part of landscape photography.  In most cases, the clean and simple concept is the winning approach.

I love this Andy Biggs photo.  A trip to Andy’s website may be worth your time. 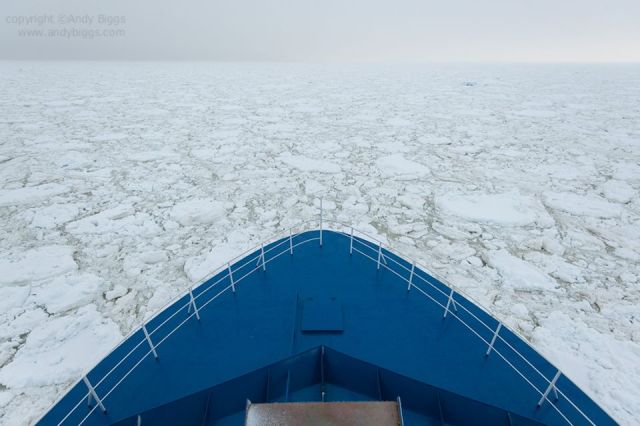 While I don’t “love” the next photo, I do like it. The photographer is Wayne Nelson and the concept is similar to that of Andy in so far as there is a manmade object in the forefront, and the image is uncomplicated.

Blue skies and birds can also be a winning combination. This great image was made by Jack van Rensburg and is that of a Jackal Buzzard. As I look at this beautiful bird I think it would be labeled a hawk if it were found in North or South America.  Usually the term buzzard is a synonym for a vulture. 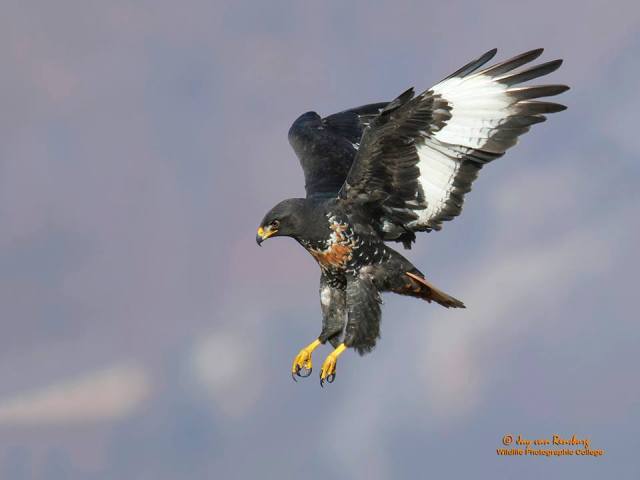 Today I’ll let Jack handle the more exotic species while I take care of the backyard variety. One of the most common rodents in the eastern half of the U.S. is the Chipmunk.   They can often be found in backyards/gardens, and this one was in fact photographed in my backyard.

A bird that is considered uncommon, but is pretty common in the area of southern Wisconsin, is the Northern Bobwhite Quail. They have a fairly large breeding population here.  The population is replenished by the use of this species in the sport/competition of field dog trials. They are raised and then released by humans.  The dogs are then judged by their ability to discover the bird, and then to point or set.  They are rarely recaptured and they go on to develop a breeding population, although they can be hunted during small game and pheasant seasons.  They are also naturally indigenous to this area, so I am not quite sure whether this is a released bird, one that is the offspring of released birds, or a natural descendent of a wild population.  He was certainly easy to photograph.

A common summer visitor in this part of the world is the Eastern Kingbird.  They are aggressive defenders of their territory and fun to watch and photograph. I made this picture in Northern Illinois.

Vincent Munier was the photographer who made this great scene of two white rabbits sparring in the snow.  It’s difficult to capture two up close animals in action and get them both in the picture frame. I always enjoy these white on white shots. 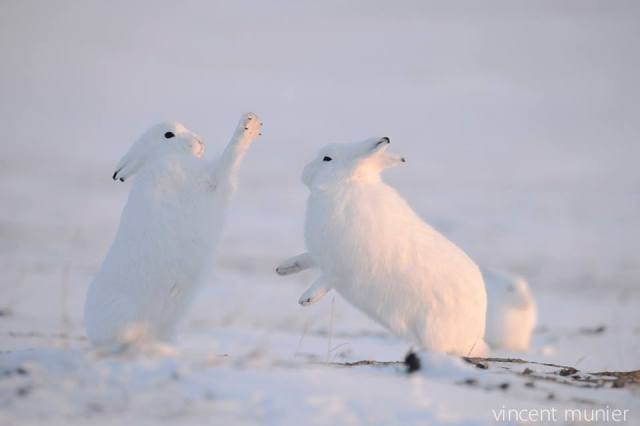 I was headed to the marina you see below to photograph waterfowl. I left early as usual, hoping to make a few silhouettes of the birds. As the sun rose I could not take my eyes off of the silhouette that was formed from the piers and other shapes.  This image always strikes me as oriental in nature.  There are pictures everywhere.

This image from New Zealand photographer Chris Gin caught my eye recently. He is an “up an commer” as we say.  Keep your eyes on Chris. He is not a full-time photographer yet, but I would bet his time is coming.  Great use of framing for composition. I also like the fact that the light bouncing back into the cave allowed for some detail on this side of the opening. 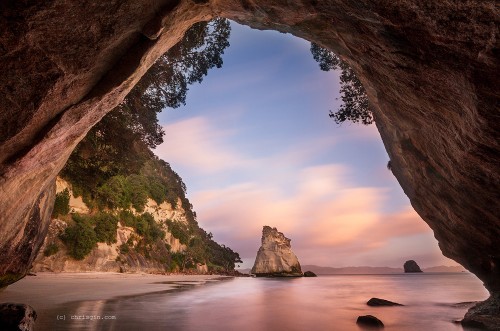 I bring you some of the best images, from great photographers for a reason.  I think they can educate and inspire all of us on the art of photography.  That is the central theme of Earth Images, although I do take some side trips along the way. Remember my love for wandering. Through all of these pictures from others that I have placed on this blog, I only have criticized one.  That was by an unknown photographer and had more to do with ethics than image quality. If one wants to, they can find fault with any picture ever made.  I do not criticize because I have not been asked to, and because I do not like what it might say about me.  I do of course make exceptions to criticize my own pictures. That is something I would suggest that any photographer should do.