Posted on September 28, 2013 by nelsonearthimages

Today’s article is the sort of mixed subject post that I enjoy doing so much.

As I have many times before, I bring you Foxy.  She is the Red Fox that started me on a three-year journey into the photography of several families of foxes. I actually only photographed her on four occasions but made pictures of her “husband” three or four times and her kits until they were nearly grown that autumn.  The next year produced thousands of images for me of another family a few miles north. Contrary to the impression I might have given over time, I had photographed foxes previously to Foxy during my days of film photography.  There was a small Desert Kit (breed not age) Fox in New Mexico, followed by other Red Foxes in Wisconsin and Minnesota.

This second shot gives me yet one more opportunity to call back into action an image (crop) of a Great Egret that I posted a few articles ago.  Why is this shot of the fox better than the egret photo?  The “uncomfortable” composition/crop with the bird, is lacking in quality because it looks like it had its head and neck cut off at the body and mounted on a wall.  I cropped this way for a close-up of the bird and those marsh weeds.  The difference in the fox photo is that there is more body showing.  It is also not a total profile.  It borders on being a three-quarters shot and those two facts let the viewer know that this animal has a whole body.  A small improvement would still have been possible if I would have, and yes I could have, moved to my left and included yet more fox in a telephoto style foreshortened body.

She was a pretty little vixen regardless of what kind of picture was made.

I enjoy photographing small mammals as much as I do the larger ones.  This photo of a Thirteen-lined Ground Squirrel was born to be in the vertical format.  That long slim body with a stretched vertical pose screams for an up and down photo.  A more distant image might have worked in the horizontal format but I get the shakes even thinking about this one in horizontal with the subject right in the middle of the frame.

There are three different types of Mergansers in this part of the world, and I like many other photographers, have spent a lot of time with the unique Red-breasted Merganser and the pretty yet comical Hooded Merganser.  I came across this image and it jogged my memory as to just how sleek and elegant the Common Merganser is.  This is a male. 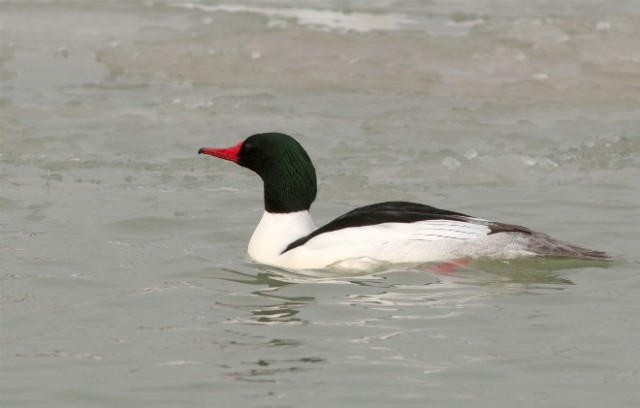 Hey I think someone is watching us honey!  Ospreys.

One of my favorite birds as an immature is the Black-crowned Night Heron. These guys are comical and well….sort of dumb.  Maybe ignorant is the phrase that better suits my description.  I have walked within three feet of these young birds and once had one come up to my car and stand on tippy toes so to speak, and look in. 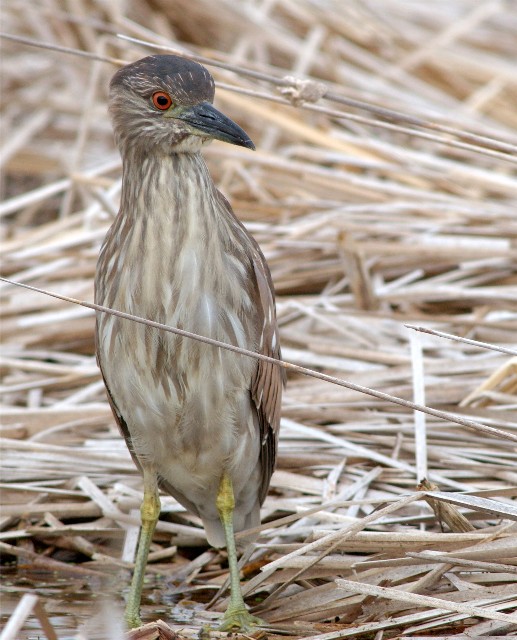 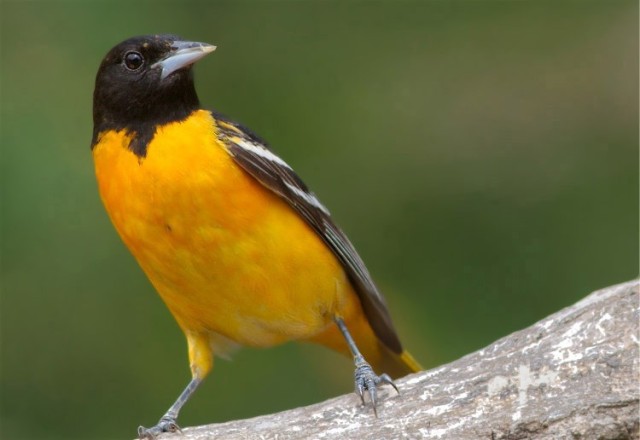 Some damselflies do lay eggs on leaves, but this pretty little critter is actually stuck to a spider web that doesn’t show in the photo.  I rarely interfere with nature and spiders have to eat, but admittedly I did set this one free.

Glow!  This image of a forest meadow in spring, has a soft feeling coming from the combination of morning dew and the sun filtering through the trees. Despite the soft look, that light still has pop.  You don’t usually think of soft and pop at the same time when it comes to pictures.  I love contrasts and this photo presents the viewer with a unique combo of contrasts.

The glow you see in this image is completely natural.  I’ve done nothing in the editing process to create or accent it.  Photoshop will never be as magnificent as nature.

I thought I’d show a somewhat different view of Morgan Falls (in Wisconsin) than I normally show.  The falls looks so tiny in this shot. It was made in fall which usually means minimal flowage.  I have shown other (spring) pictures where every inch of rock has water falling over it. There is indeed 80 feet of falling water above the falls, but you cannot see it in this shot.  It is a very thin ribbon of liquid.  The water trail breaks to our left as we look at this image, and disappears behind some rock.  Seasonal variations are among the things that make waterfalls interesting.

The falls itself is minimized in this image because of the 18mm wide-angle lens I used. I am also about as far from the falls as I can get here, although I am still close. To make this shot you must first dance across the small rapids stepping from rock to rock.

I’ve written many a story on this blog about my favorite places, and at times I try to feature state parks instead of nationally known locations.   In most cases I have pictures to accompany my articles but such is not the case with Golden Gate Canyon State Park in Colorado. My 1970s pictures are long gone.  This park is very pretty but my memories are more of a personal nature.

Golden Gate is about an hour out of Denver, occupying a beautiful slice of the Colorado Rockies.  My secret (not really)  backcountry dirt road actually took about 20 minutes off the trip, making this park a nice place to go when time was not on your side.

Somewhere back in the 70s I loaded my car in the dark and prepared for a nature photography trip to Golden Gate Canyon.  At that time photography was my business and nature photography was my hobby and my passion.  The darkness turned into light shortly after the asphalt turned to dirt.  I drove through the mountain valley checking to see if the wildflower display was worth a stop. No such luck. I cruised along the dirt and thought I had better keep my eyes on both ridges above me.  I didn’t want to miss a Black Bear or maybe a perched owl or Golden Eagle.  I saw none of those animals but just as I began a climb over the mountain I spotted something even better.  My life’s  one and only sighting of a Mountain Lion (Cougar, Puma). He/she stood glaring at me from the top of the ridge.  At that time in my life my longest lens measured at 200mm and with crop free slides, it wasn’t worth the click of the shutter. Still I kept a memory for life.  I sat and watched the magnificent feline for over ten minutes as it paced back and forth watching my car. I actually do have a picture.  That picture is in my mind and is just as fresh and relevant today as was in the ancient 70s.

Just outside the back entrance to Golden Gate was a horseback riding stable. Now my wife and I owned our own horses but it is nice to borrow ( rent) and ride somebody else’s and leave yours tucked away safely at home.  The issue was, I was not inclined to ride along in a group or behind a trail guide. I explained to them we had our own horses and we were more than capable of doing anything a guide could do.  I should mention that they had small paper maps of the main system of trails that would keep us from getting lost.  I asked  if we rented the horses for five hours instead of just one, and we saddled and bridled our own horses to show our knowledge, would they trust us.  They said yes.  We had a remarkable ride. We even traded horses back and forth twice.  We edged along a mountain shadowed by a 14,000 foot snow-capped peak. We found an old settlers cabin that still had the rusty eating utensils from a time long past.  We crossed small streams and rested ourselves and the horses in a lush green valley.  We brought the horses back to their rightful owners and thanked them  for such well cared for and well-trained animals.  As we rode away in the car we knew we would be back in early autumn when the Aspen were turning gold.

We did come back and the trees were beautiful.  This time we brought saddle bags that were filled with sandwiches, chips, frozen juice and binoculars.  It is amazing how a stop for an outdoor lunch in the mountains makes something great even better.  We truly felt that we were riding in the 19th Century, juice bottles not withstanding.

Hopefully we all have special places and Golden Gate Canyon is one of mine.  I can feel the cool breeze rustling through the trees now.