No Theme No Message

Posted on January 17, 2020 by nelsonearthimages

Today’s post is absent a theme, or any sort of message. It’s just
about sharing some photos and saying whatever comes to mind.

Firstly, we have three sensational wildlife photos from three great
photographers on Facebook. The selection I am sharing from my own
images, pales by comparison.

Debbie Boucher created this powerful, moody image of a bull Elk
bugling. The subject is in the spotlight so to speak, and the entire
picture just glows.

One of the finest birds of prey photographers I have ever seen, Sharon
Landis,  brings us this superb photo of two mature Bald Eagles as they
harvest a dead seal. Every microscopic part of this image is
spectacular, right up to the water droplets falling from one of the
eagle’s talons.

Frogs are one subject of which I wish I would have done much, much
more with, photographically speaking.

Judy Lynn Malloch captured this absolutely outstanding picture of a
Red-eyed Tree Frog.  I would give up a few thousand of my images to
have made one of this sort. 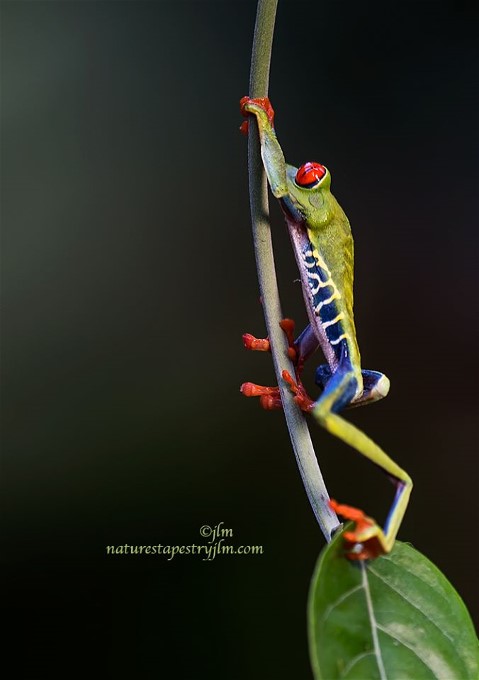 As is usual, when I search for guest photographers I choose amazing
images, but when I pick my own, I more or less “throw the proverbial
dart against the wall”, and go with whatever gets hit.

Let’s begin with an image of a particular Bald Eagle that is of one of
my favorite individual birds of all time. I had a nice clean blue sky
and plenty of opportunity to make pictures on this day. This is yet
another one ( I’ve shown others recently) showing him/her feasting on
a fish. I managed to capture the fish as it was being eaten, and the
band it had on its right leg, all in one shot. 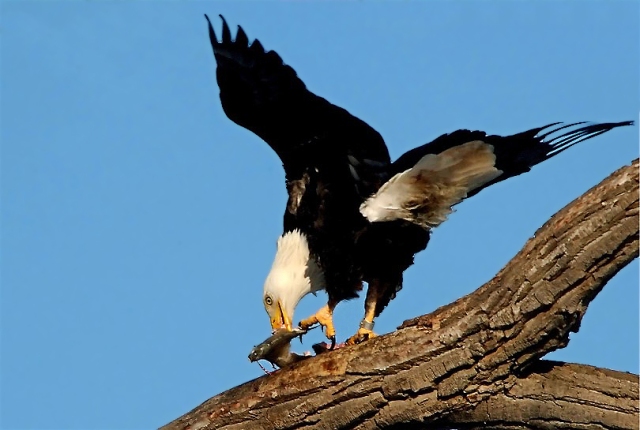 I love Horned Grebes and they have given me many opportunities to
capture them displaying behavior such as attempting to consume a fish.

This is a Western Grebe well out of its range. It is stretching its
leg here in Wisconsin (in the winter), rather than its described
territory well west of the Mississippi River.

For no particular reason I bring you a male Eastern Kingbird. 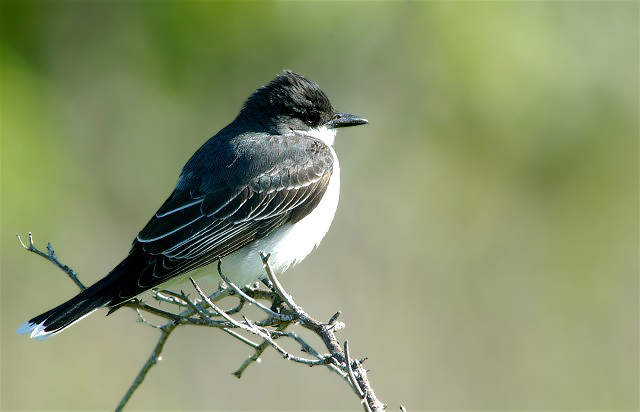 Common animals like Raccoons are captured in pictures far less than
one might think. They are of course considered nocturnal, but I
probably like you, have seen in the daytime many times. With that
said, this is one of only two that I have made photos of, which are
good enough to share. 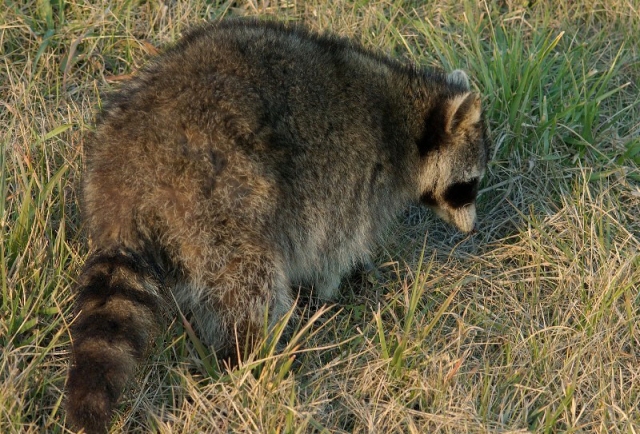 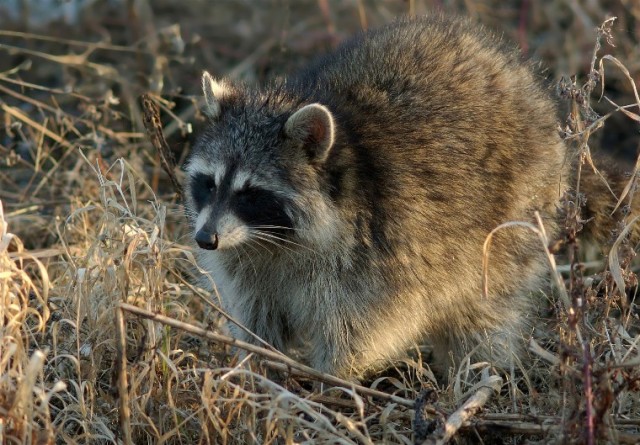 I love showing you other forms of photography than that of nature.
Architecture, especially old architecture, is my favorite, but I used
to enjoy studio photography as well. Creating entire compositions
right from the start, is a great way to learn. The subject here, the
lighting, the mirror, the water drops, and the composition are all
mine. Those creative initiatives will serve you well when you are out
in nature. Leave natural scenes the way you find them, but you can
make your comp, and approach the natural light that illuminates the
subject, with the knowledge you gained from studio setups.

As most of you know, White Sands New Mexico is one of my all time
favorite landscape destinations. Many people think, “how much can you
do with some white sand?”

I have only seen Whites Sands with “other color” sand, from a couple
of photographers other than myself. While it is named White Sands for
its white gypsum sands, they really can be biased by the color of
light, and by how you use the shadows.

There are no tricks in the images below. Some were made a billion
(well, not quite a billion) years ago on film, and some not quite so
long ago on digital. 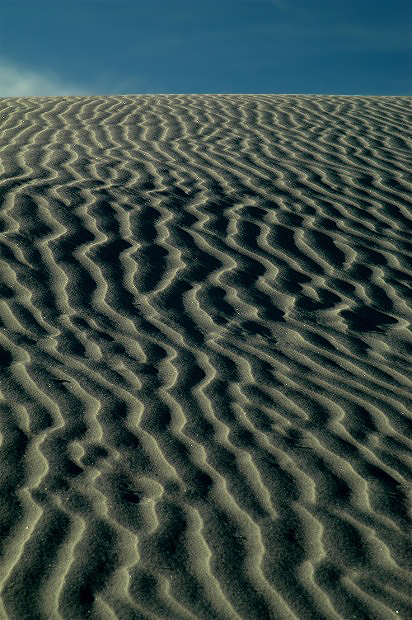 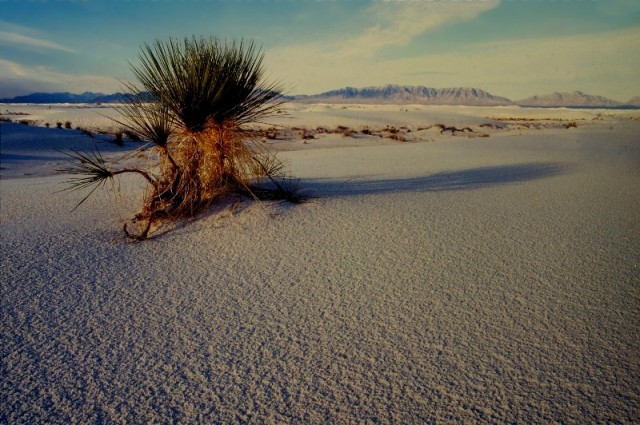 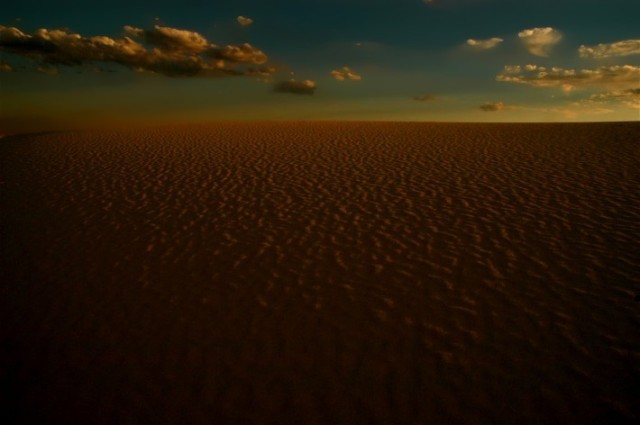 My favorite image of this grouping is this final one. Different light
within this one image, as well as the patterns, texture, angles and
amounts of such, all brought together in a single image. 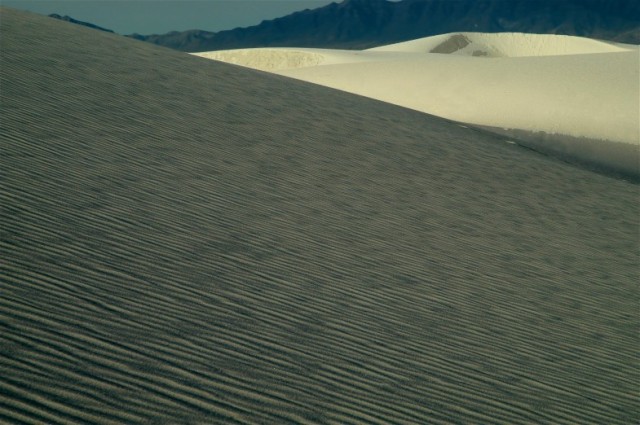