Posted on October 11, 2018 by nelsonearthimages

If you’re like me you have spent a lot of your time as a wildlife
photographer, either getting up very close for those telltale
portraits, or cropping the semi close pix you make to bring them into
that same close perspective. Much more ignored, are wildlife images in which
the animal is small, and the land (or water etc.) is big. With that
said, most wildlife images are somewhere in between. I love all
disciplines of wild animal photography but I think both the close,
tight, intimate images, and the looser ones that contain more of the
land that is inhabited by the creature, capture people’s imagines the
best.

Close-ups, can almost seem like a look into the soul of critters. It
can also be a great way to display the artful poses animals create, or
just show viewers the amazing details in feathers or fur.

Public zoos are a great locations to practice close-up imagery. The
subjects are not going anywhere, and in many occasions a close view
and image are pretty easy to accomplish.

Bird species that will tolerate a close approach, such as this Mute
Swan, are perfect candidates for detailed looks at interesting
subjects. In the case below, the mix of sun and shadows makes the
images more dramatic.

Gulls like this Ring-billed, are usually pretty easy to approach. This
one wasn’t going anywhere until it peeled a meal from this dead fish.
A Carp I believe. 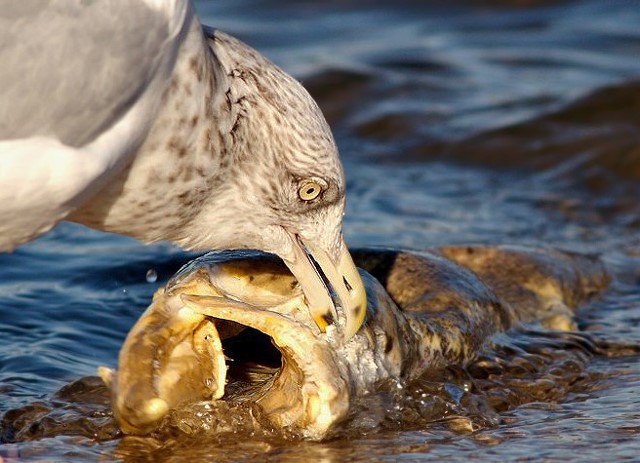 This Snowy Owl was an easy target for my 500mm lens. He was sitting on
a roadside sing along a highway in a marsh. This is a crop but it is
always a great day when a wild creature like this allows us to feel as
though we are a part of its life. We of course are not really a part
of that life and this image was made from inside my car as to not
startle or pester the Snowy. 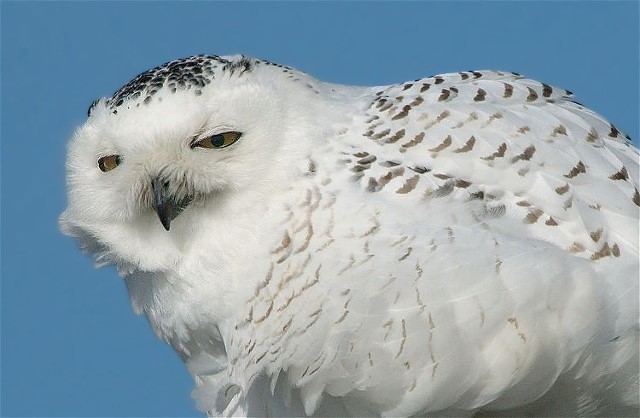 I made this image from my car in the marsh habitat of a NWR. Immature
Black-crowned Night Herons like this have very (too) little fear of
humans. I always attempted to respect that so I would make my pictures
quickly and move on. The image is also a crop.

This portrait of a wild Rough-legged Hawk is a huge crop. This bird is
sitting at the top of a small tree. With today’s equipment and
software, it would be an even better picture. 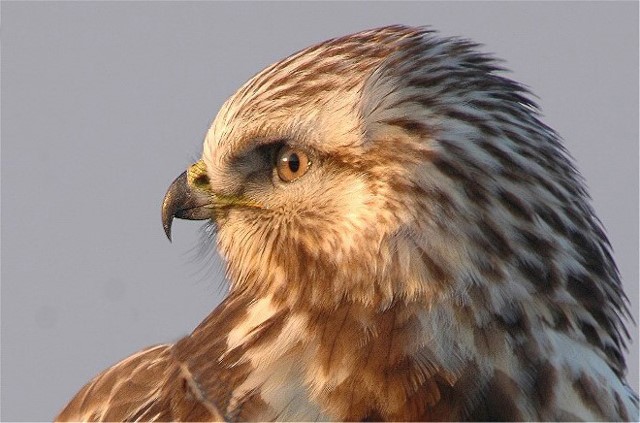 What happens when you are so tight with a bird, that when it bursts
into flight and you cannot even get all of its wings in the image
frame? In my case I make the picture anyway and show it to people. I
actually like it this way.

The top image is as shot and the second is a crop that I like just a
little better. I of course also, flipped the picture horizontally.

Birds and mammals are not the entirety of the wild word. I made this
image of a toad while I was using film in either the late 1980s or
early 1990s. I used electronic flash and either my trusty Nikon 105
micro, or more likely my Canon 100mm macro. I believe this is a common
Garden toad but it is one of only a couple of toad images I ever made. 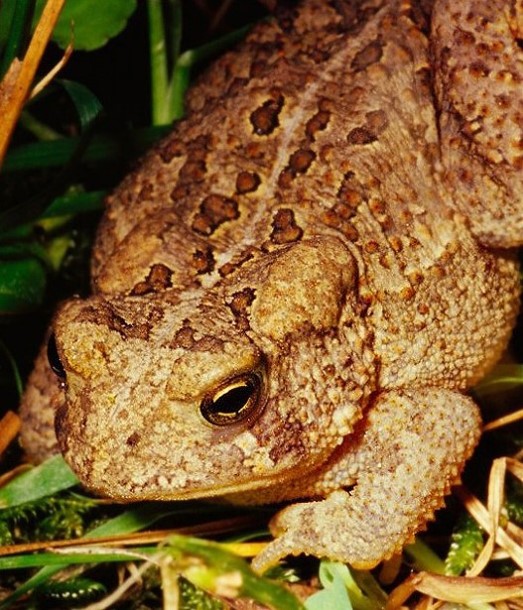 Insects and their larvae, are easy targets for frame filling images.

As much as I love frame filling (and over filling) images of wildlife,
in my opinion pictures that are “backed off” that maybe show the
animal’s environment, or are maybe an actual  landscape photo with an
animal in it, might be my favorite.

One reason for a small subject in a wildlife picture is to well, to
let viewers see the subject really is small. I have close-ups of
Hummingbirds but this image of a Rufus Hummingbird that was made in
Colorado, speaks to its diminutive size while still  giving viewers a
nice view at what the bird looks like.

Distant shots that show habitat give photographers and opportunity to
display their artistic skills in composition, as well as the home that
the animal lives in. This female elk with her offspring was made in
autumn in Yellowstone N.P., Wyoming.

This photo of Bighorn Sheep ewes with babies was made on the same trip
but in South Dakota. What a shame it would have been to ignored those
colorful autumn grasses and only made close-ups. Also the sweep of
hill and small gully provide a naturally artful composition.

When are images where wildlife are somewhat small in the frame, still
full frame images? Well one such example is when there are multiple
subjects. Any closer and I would have missed this aerial battle
between Bald Eagles for a fish.

Showing habitat, multiple subjects and behavior such as eating a fish
would all be impossible if close, tight imagery was all we were about.

The Canada goose below is pictured in its typical habitat, while
sitting on a nest. All of that makes for a worth while image, as long
as you remain back far enough, or use a short enough lens to show it
all. 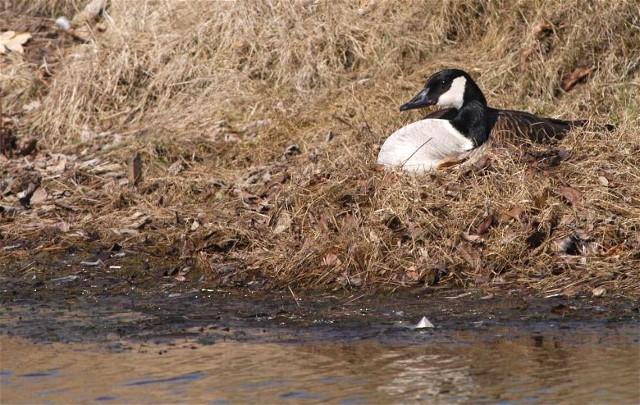 An American Bittern, sitting in the grass with its head turned up is a
classic image if you leave the room for a good picture of those
grasses.

Artful poses with lots of negative space, make for artful images. This
Great-blue heron and Wilson’s Snipe made me a gift of their art, but
so does all that empty space just screaming for various individual
compositions.

Sometimes, when the water gets more interesting so does the image.
Notice how far out of center I composed this male Greater Scaup! 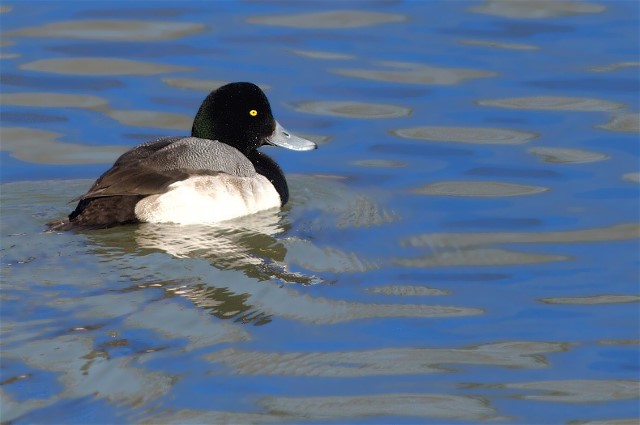 By far, my favorite image on this page is the one you see below of a
male African Lion in his typical habitat. Photographer Tori Andrews
placed this artistic gem in my group Earth Images on Flickr Photos.  I
love the composition as “the king” supervises his territory. He is
also doing what male lions do for most of their life, he is laying
down resting. I also love the touch of underexposure and the rich,
colorful image that it leaves behind. Well done Tori!!!! 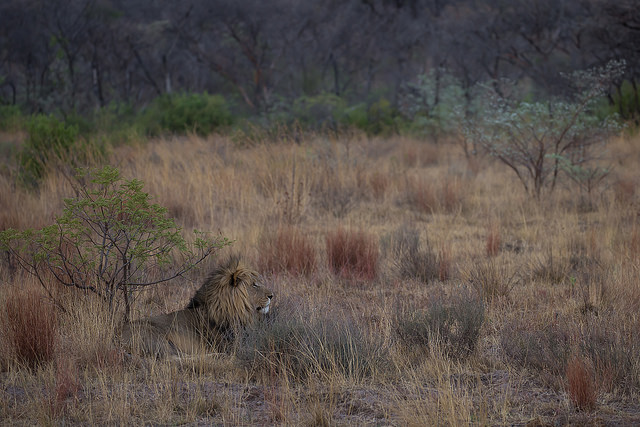 Near or far, there is natural art in the wild animal world that is all
around us.  All we have to do is decide which direction to take that
art.

Thanks for stopping by and “y’all” come back now,

p.s. I want to thank those of you who commented to me in email, and especially my great friend Darlene who commented here on the blog, for your kind words about the passing of my sister’s cat Maggie.  Our animal friends can have just as much impact on our lives as can our human family and friends.