Posted on April 10, 2018 by nelsonearthimages

A new found friend, Pietro from Flickr, recently wrote me a question
asking if I will ever make a photo again. He knew I had stopped
because of my text in one picture post I had made.

Firstly, I thanked him for asking, and then I tried to explain this
whole departure from what I love. That’s something I have never before
done for anyone. I did this simply because he is new to me, and did
not know me in my past.

The easiest answer is, I currently have no intentions (intentions are sometimes
are cast off) of ever making a picture again. My last ones were made
in late summer of 2014. Professional photography was actually
abandoned somewhere around 2011. I currently do not even make pictures with my
cell phone or lap top.

Money is a contributing factor but certainly not the driving force. My
cameras do not even work anymore, so I would need new camera bodies and new software to go with it. I would not go back to image making without the ability to make topnotch photos. Certainly health, including vision and appearance is a reason as well. With that said, once again, I would rather not return unless I could make images that are truly good ones.

Just the same, I never say never, and all things are possible.

The majority of my friends which were made in the second half of my life, which
are most of my best friends of all time, came to me through the act of
making pictures. They arrived in my life after meeting me by accident
in the field, by discovering my old website, because of published work
and writings, from auto racing photography, and especially from my
teaching of workshops.

I could never find the words, to describe all of the people, and
personal joy and fulfillment, that photography has brought into my
life.

Once again as for more photography, no..…but never say never.

Below is a famous quote that I included in a previous post.

“Be yourself, everyone else is already taken.”
Oscar Wilde

The question might be asked of me, do I really believe what it says,
or is it just a “feel good” quote? Well, it is a feel good quote, but
I believe it well enough to have used it in the past. The Good Lord
clearly wanted us all to be different. Otherwise, I’m we
would be a world full of clones. That world would be too boring to
tolerate.

Now, there are those who accept the premise that we are all different
and need to be who we are, but do so without qualifiers. That is patently
ridiculous. All great positives written by human beings, have a
negative possibility.

How about child molesters? There are a lot of them out there, and I
imagine they would say it’s who I am! I gotta be me!  Should we accept
them the way they are?

How about rapists? After all, it’s in their blood?

What about serial killers? Should we “take a pass” on them, and say if
that’s who they are well….?

Just because we can celebrate our differences and be happy for our
individual personalities, doesn’t mean the statement “be yourself” is
without exception.

“Be yourself, everyone else is already taken.”
Oscar Wilde”  Should be qualified by be yourself sometimes.
Below is a quote that sums up even better, how I personally live.

“Be who you are and say what you feel, because those who mind don’t
matter, and those who matter don’t mind.”
Bernard M. Baruch

This great stormy day picture is from Ryan Crouse. It was made in the
less visited area of Colorado known by most as the prairie, but called
by those from Colorado, “the plains”.

On a stormy day many years ago my wife and I were out in our car and
spotted to our east, the biggest tornado either of us had ever seen,
be it on TV, in movies, in print or in person. It broke for us the myth
that all storms travel west to east as this was reversed.

We were about 40 miles from our apartment in Thornton and headed that way fast,
mainly because our two dogs were home alone. It became obvious that we
were running out of time and we ditched the car and took shelter (if
you can call it that) in a relatively deep drainage ditch alongside
the road. We peeked up to see what this massive funnel cloud was doing
and just then it was sucked up into the sky and it dissipated.

The tornado had caused only the loss of one (empty) barn. We got home
to find our bored dogs looking at us like let’s go out and play.

No!! I had no camera equipment with me and did what all photographers
did under those circumstances. I cursed and never did forgot it again.
Of course I also never saw a funnel cloud that big again.

You don’t sweat the big stuff as much, when you contemplate the little stuff. 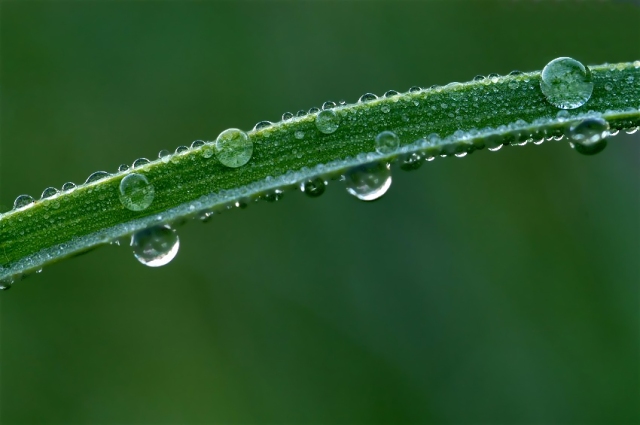 Have a great day,