Posted on January 6, 2018 by nelsonearthimages

I was always on the lookout for unconventional poses, angles or compositions with wildlife. I had visions of unique compositions in my brain. The traditional or “classic” poses and comps are beautiful, and I tried to never turn one down, but variety is the spice of life. It seems that when we use our imagination to envision a finished picture, it often comes true. Think backwards.

I am sort of well-know for making images from behind of flying birds or running mammals. I made those partially because it is a great, but much neglected point of view. Another reason was I often worked action shots in manual focus, and it is actually easier to follow focus from behind, than to catch your subject as it heads toward you. That said, I pursued portraits from behind as well. All it took for interesting portraits from the rear view was a turn of the head by the subject.

I was behind this turtle when I set my focus on its head, which was on the far side of its body (I guess you could figure that out), and hoped it would turn its head towards me. My wish was granted and I had an interesting look at a turtle. I love turtles! 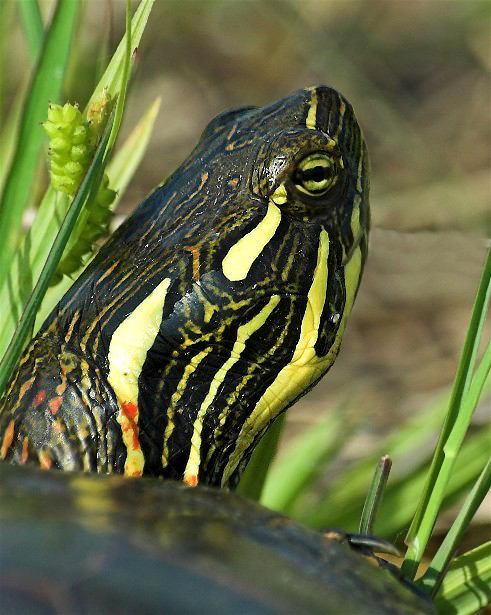 This Wilson’s Snipe was perched on a post which was holding a road sign, when I approached it with my car. I knew when I stopped and focused that it might fly, it might keep it’s back to me (I still would have made pictures), or just maybe, it would turn and look at me. Walla!!! I find this image far more intriguing than a straight on portrait. It doesn’t hurt that the bird appears to be short of one leg. Like many larger shorebirds, Snipes will rest their legs one at a time. Not long after this photo was made the bird first dropped its other leg to the post, and then flew away. Wildlife photography is pure, unadulterated fun! 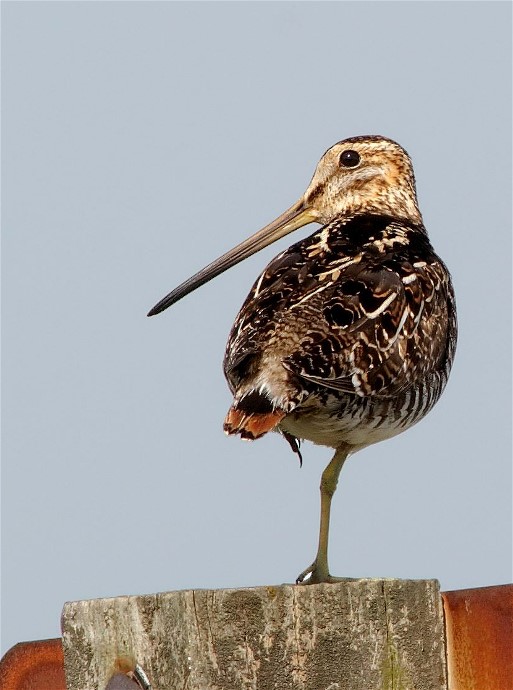 Start at the end, and finish at the start!

With all the pictures of wild foxes I have shared, it is hard to believe, but I still have a many that I have never shared or as in the case with these two photos of an Illinois male, have shown only once before. 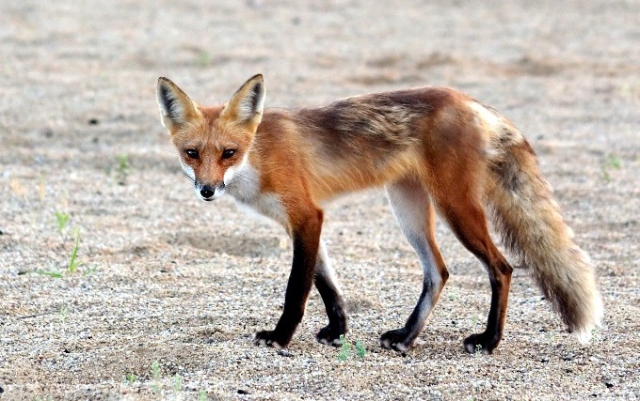 This second image works despite the fact that is contains a scenario that I try to avoid. If this picture was a flat profile rather than that of a body that is curving in our direction, it would appear that the tree in the background was either growing out of its back, or through its body. As is, it is a fairly attractive picture of a wild animal in front of a tree. It helps that the fox is making direct eye contact with us. 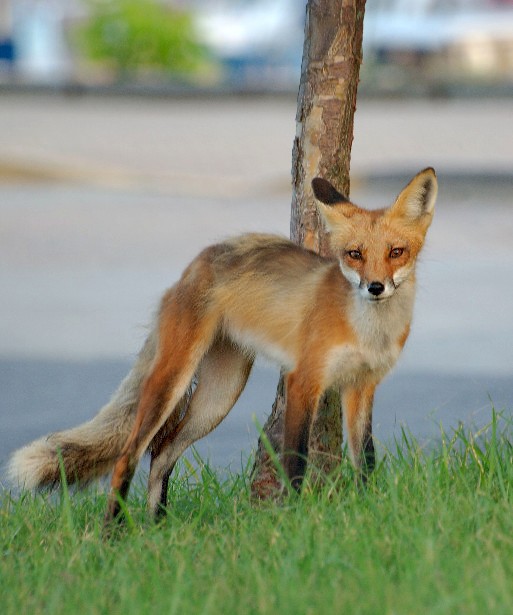 Let’s finish my portion of this photography post with a reminder that winter doesn’t last forever. Brrrr it’s been cold!!!! 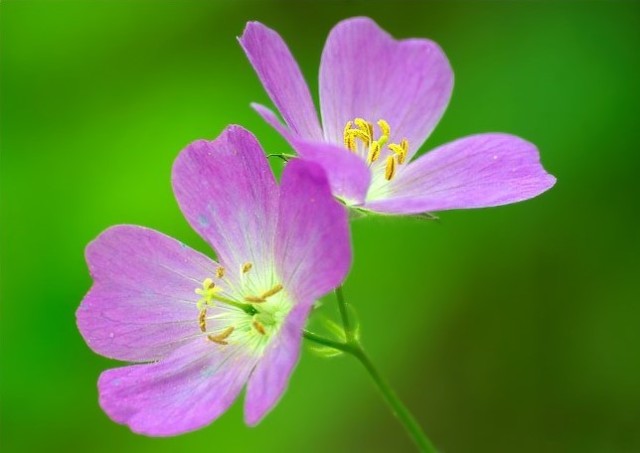 In recent times when I share with you images from other photographers, I have been displaying pictures from hard core professionals, or the sort of amateurs who make a few hundred thousand pictures per year. Today, directly from my Flickr Group Earth Images, we have photos from a couple of great hobbyists.

This first image of a Kestrel that is hovering while hunting, comes from Steve Waddingham. Nice job Steve! 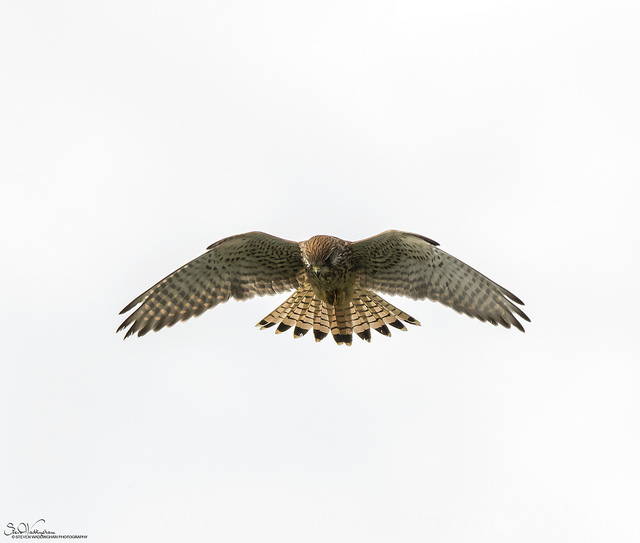 This portrait, with a classic pose/composition, is of a Yellow-rump Warbler, and comes from Dave Renwald. Dave creates images of anything and everything, and does it all very well. 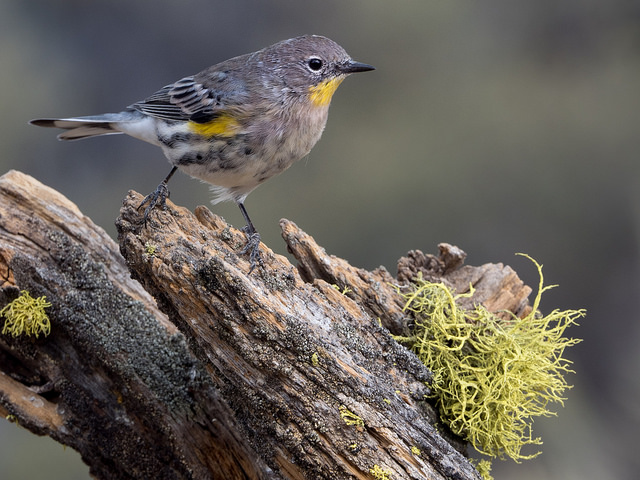 Have an incredible day,