Posted on October 27, 2017 by nelsonearthimages

I’ve been told a time or two that I think too much, and that I do so about too many different things. Truth!

I thought about a lot of things as a photographer too, and one of those things was about birds and their perches.

Making images of birds in flight, standing on the ground, or swimming in the water not withstanding, most bird pictures are created of birds that are perched. On trees, on rocks, on logs, on bird feeders, fences, buildings and so forth.

The perches that birds stand on, and the background that completes the scene (and photograph), became a minor obsession with me at one time. In fact, I would often drive to a location that was good for birds, but great for interesting perches with clean backgrounds, and then instead of looking for birds which might land on a perch, I would stop near nice perches and wait for a bird to land on it.

I love large limbs with no branches, along with clean simple (skies for instance) backgrounds. Just the same, more visually complex (subdivided) trees work well when there is minimal debris to be found. I caught this Short-eared Owl on one such perch several years ago in southern Wisconsin. It was a perfect day for bird photography. 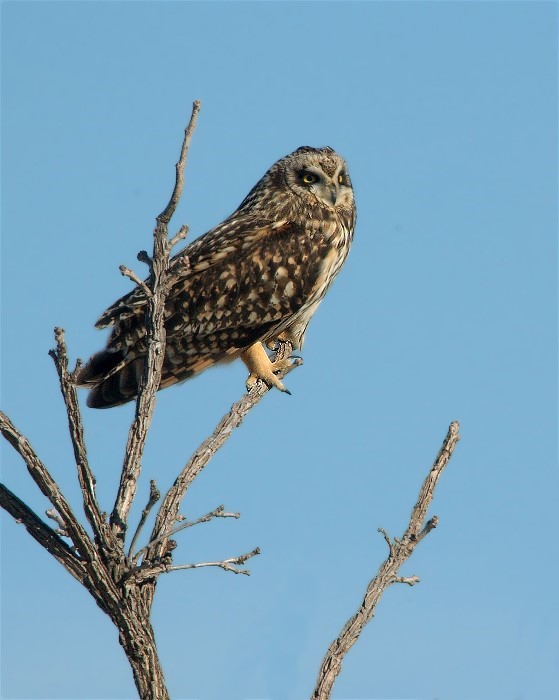 Flowers that have tall stalks and have gone to seed, make great perches for use in photography. They may appear a bit scruffy as does this winter Goldfinch, but they produce action and behavior as the birds attempt to feed. Notice another clean background that does not compete with the scene.

When possible, I look at bird photography as a form of landscape photography. Of course the birds feel differently about it.

I caught this Indigo Bunting on a conifer tree and all in all, it makes a pretty good background. The busyness of this tree is kept minimal by its visual consistency.

These next two pictures are zoo shots of a pair of cattle Egrets. They were kept outdoors with clipped wings, in a natural habitat. While they searched for insects to eat, they used two available, natural perches, a rock and the trunk of a fallen tree. Both are pleasing.

Notice my compositions. The first bird is kept well off center allowing some room in the direction it is pointed. The other as quite purposely composed vertically but still with a smidgen more space in the direction the bird is facing. 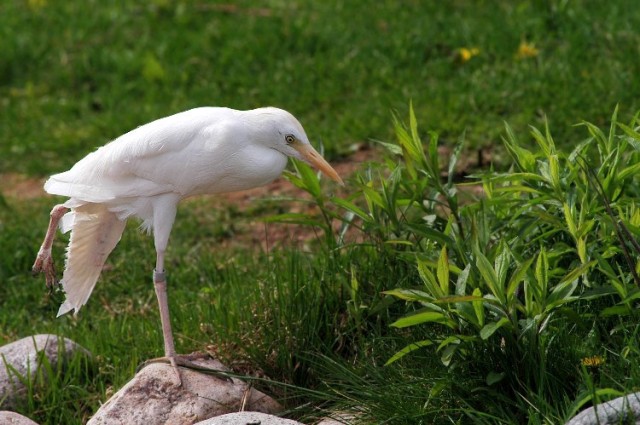 Of course, the world is full of manmade perches that most birds readily accept. My favorite manmade perch is barbed wire. A cooperative Mourning Dove, holding a nice pose, and another clean and simple background rounded out the scene.

Signs are often used as perches, especially by hawks, Kestrels and the like.

It helps to have the sign turned sideways with only the post really catching our eye. Unless of course the sign reads “no hunting”. That always works well with an avid hunter like this Broad-winged Hawk. Just the same, she/he decided to turn around to check me out, so I’ll accept the sideways sign.

This perch is a post that holds part of a rope railing on a marsh boardwalk, and the bird is a Black Tern.

This is a young Barn Swallow, and that rope you see is the railing on the same boardwalk.

These pipes are actually also railings, albeit those on a bridge over a water impoundment. The bird is a personal favorite of mine. Immature Black-crowned Night Herons tolerate photographers and are quite comical.

Okay, chain link fences are not very pretty perches. When you know you aren’t going anywhere and you have such a fence in you own backyard, you use it.

Now the Black-capped Chickadee and the female Northern Cardinal might be just birds on a fence, but that male Cardinal is a bird in a fence. I’ve actually worked to get photos of birds within the diamonds or squares of metal fences. 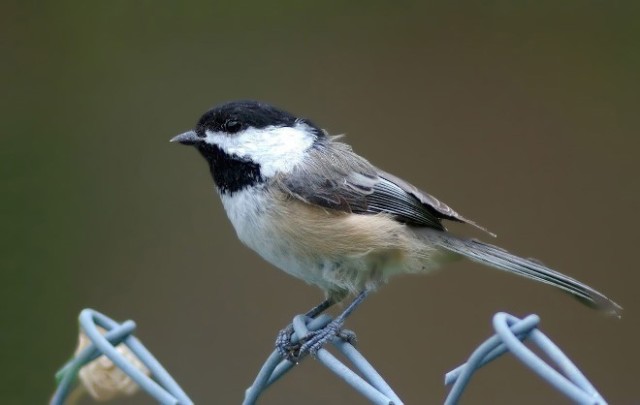 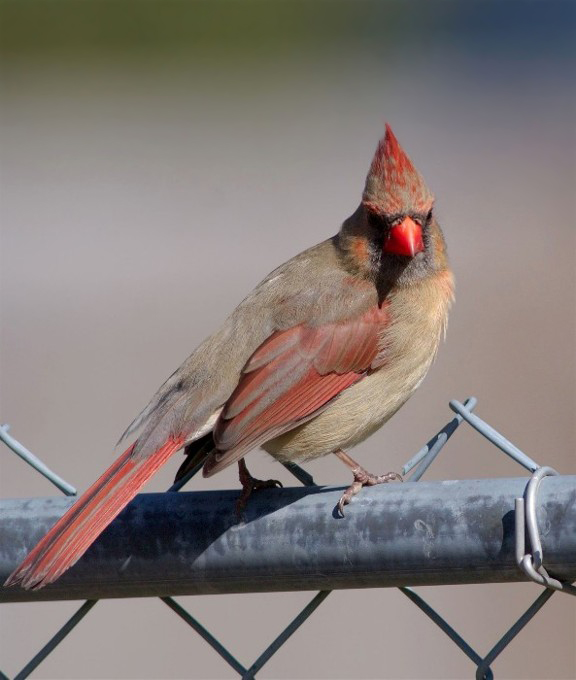 Of course, there are flying creatures other than birds. Dragonflies perch a lot. Many even hunt from perches returning the same one over and over. In some cases, dragonflies can become easier to predict, and therefore easier to photograph on a perch than are birds.

Photographers also perch. I’ve picked many a spot on a hill or a rock, to sit tight and wait for birds to come into view.

The concept of all good photography is that the “entire” picture matters. The central subject, a perch, or anything else. When we view an image, we view everything that’s in the picture frame. The problem with wild animals, be they birds or otherwise, is that they make decisions for themselves. They choose where to stop and when to go. The secret to clean images with wildlife is to understand your subject, but most of all, to shoot, shoot, shoot. The more photos you have to choose from, the better the chances are that you will succeed. That seems obvious but in my experience, everyone doesn’t practice the art of mathematics. The numbers game if you will.

Shoot a lot, think a lot, and have a lot of fun.