Posted on July 3, 2017 by nelsonearthimages

Today’s post should really be titled, Freedom + Other Stuff

To me, freedom is the most valuable commodity on earth. Like anything of value, it is fraught with difficulties and peril. Anything worth having, carries with it a need for dedication and courage. Freedom, is a rare triple edged sword.

Freedom needs to be fought for. The hardest most difficult battles come after you have lost or given away your freedom. Regaining what’s lost, is always more difficult than it was to get it in the first place.

Fighting to keep something, when there is always somebody, a person, a group, a government etc., trying to take it from you, is a never-ending task that requires intestinal fortitude. That’s the second edge.

There is a third edge to freedom.

Anytime you live in a society that (properly) recognizes the God-given right to personal liberty and freedom, there will be somebody who will attempt to use those freedoms to acquire ill gotten gains. That’s not a reason to eliminate the freedom of others. Let’s take business for an example. The freedom to work and create a business, in a nation that wants to see individuals succeed, has to allow enough freedom that some people will take advantage of that freedom to prosper. The most common example of that is using the now famous ponzi scheme to steal from unsuspecting victims. It can be used via a phony investment scheme, real-estate scams, almost any business imaginable that can promise people high returns for an investment.

The answer for what to do about people who would take advantage of free enterprise to cheat others, is not to ban free enterprise, but to create a system of laws that can be used to severely punish those who choose to prey on others. The rule of law, properly written and implemented, can protect freedom while punishing those who would rob innocent people of their financial freedom. Don’t fine the company, imprison (via a true justice system), those who would break our laws.

I’ve written more times than I could ever count about my love of the craft, the art, and the adventure of photography. I’ve also recanted many times how much I love nature as a subject, and how hard it would be for me to choose between the three major disciplines of the making of nature images, landscapes, wildlife, and close-up or macro. Of course there are many sub-categories including the creation of abstractions from within each of those three types of nature photography. Saying goodbye to any category would have been hard, but if I could choose only one to keep, it would be macro photography.

Firstly, there are fewer people doing it. That is understandable because it is physically, logistically, and visually the most difficult to do. There is a bonus that accompanies those hardships. The subjects in the macro world are almost infinite. The different ways to visually explore them is almost endless. Walking in a wet meadow, or a thick Oak forest, or next to a winding stream, is an adventure. Every step, is an exploration. You will learn more about nature, and more about photography, on your hands and knees than anything else you might do.

Macro photography is the perfect craft for someone working alone. After a few hours of exploring on your hands and knees, you will forget that there is a world outside of the one in front of you. You will be in the company of throngs of living things, from flowers to insects to toads. How about a drooping blade of grass with one tiny dew drop hanging precariously from its tip?

There is an entire world out there that most of the human world is missing. That includes most photographers. Even those that photograph butterflies or dragonflies miss most of what nature has to offer. How about the design of a fallen leaf. Maybe a feather or some lichen?

Macro photograph lends itself wonderfully to abstract interpretations. In some ways, it is like entering a newly discovered dimension. One that nobody knows exists. It’s your secret until you share it through pictures.

The planet beneath our feet may still be the earth, but it is an earth that most of the world never sees. It can at times feel physically confining, but it is emotionally and artistically freeing.

Go out an discover what you have been missing. 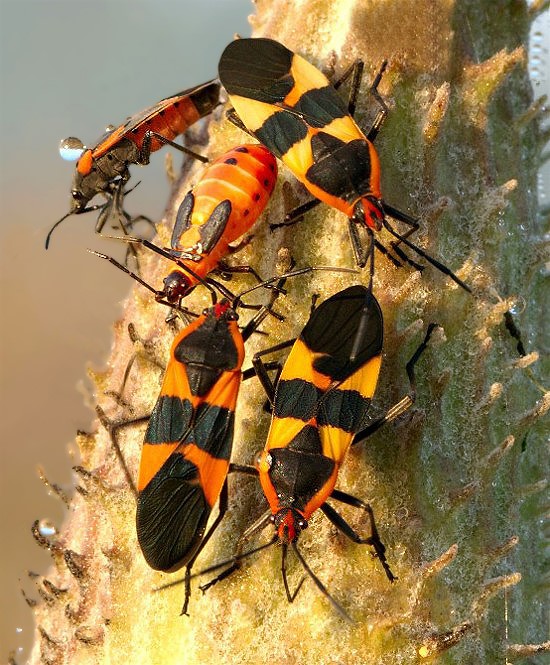 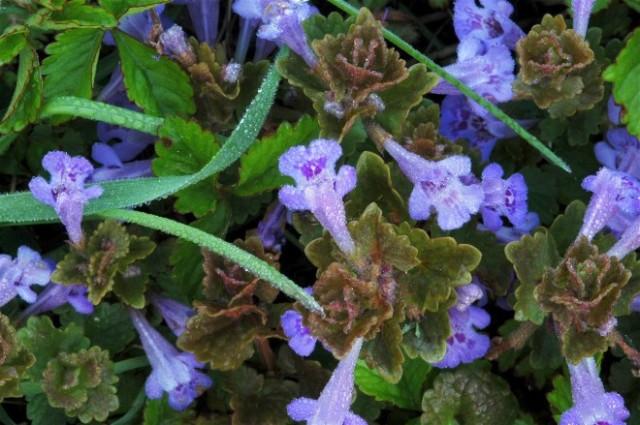 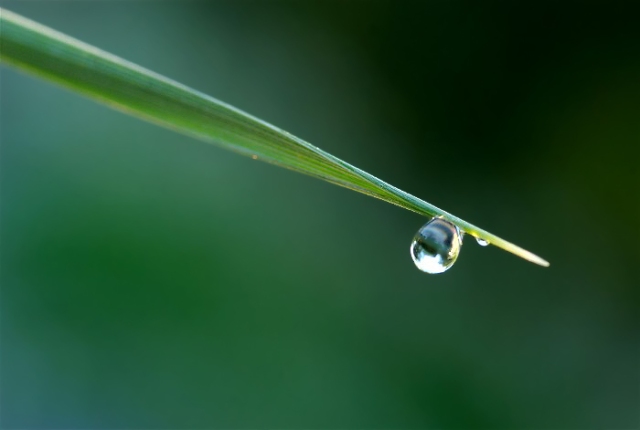 I use to create imagery at a local zoo once a year. It’s not the same as my time spent in the wild but I enjoyed it just the same.

This old lion was a favorite of mine. The little scar on his nose only added to his character. I always wished I was making my pictures of him in the wild instead of a zoo, not only for my sake, but for his. 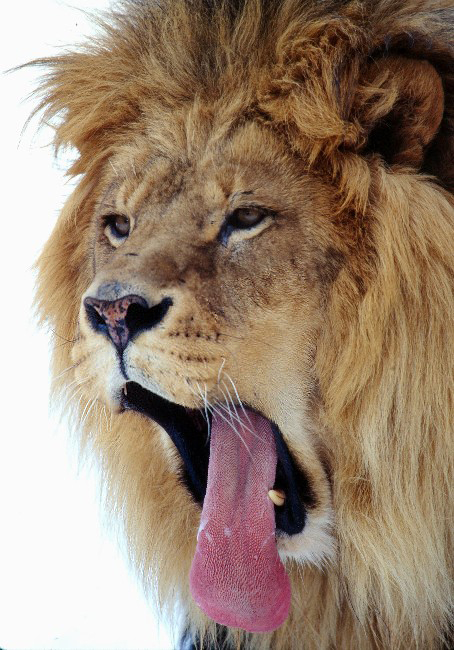 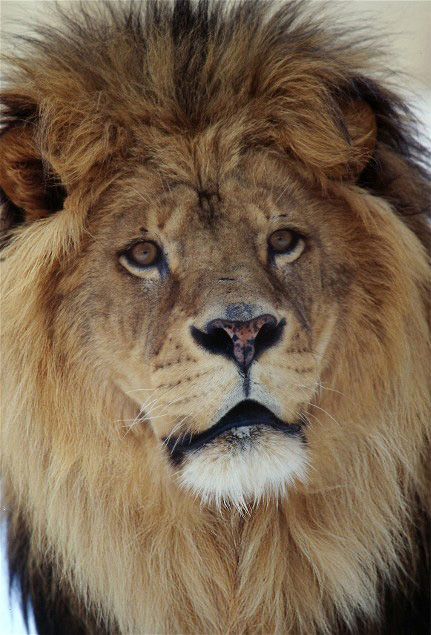 When I returned to my little zoo one year to teach some workshops, he was gone. It makes me feel good that I always thanked him for his cooperation. I’m sure he didn’t care but it added to the “friendship” that existed in my head.

There was a lioness at the zoo and she apparently liked him even more than I did. They raised at least one baby together, and yes, I mean the three were actually together, at least for a little while.

Our northern marshes should be exploding right now. The pictures below were actually created in July and August at Horicon Marsh NWR in Wisconsin. They are a Doubled-crested Cormorant and a Black-crowned Night Heron. Both were photographed from the car window. Actually wetlands like Horicon serve the wildlife photographer all year. In winter, Horicon would be the home to wintering Rough-legged Hawks, Short-eared and Snowy Owls.

I have made pictures around bird feeders, everywhere from national parks and nature sanctuaries, to backyards. The birds get use to you and these are great locations to get close-up images of illusive little songbirds. With that said, I always looked for a variety of pictures including those where the birds were smaller in the picture frame. Not only can that allow you to photograph more behavior, it gives you more compositional choices. Such was the case with this Baltimore Oriole (top) and Indigo Bunting. 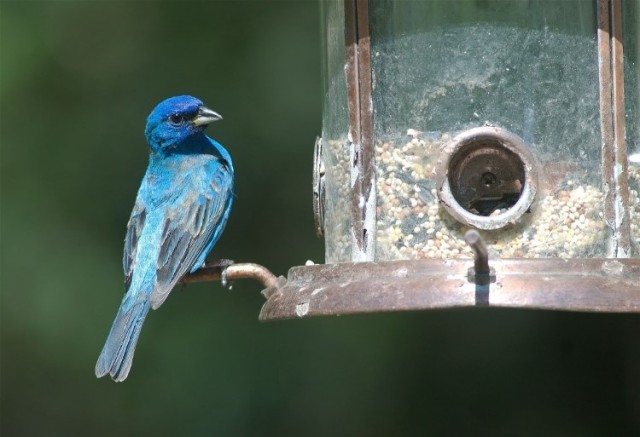 I still generally used my longest lens, but at times I added an extension tube for closer focus, or an electronic flash to even out an contrasty exposure.

Working at zoos and bird feeding stations not only allows photographers with busy lives, opportunities they would otherwise not have, it gives you a chance to practice. Such is the case with all subjects that are near home. In my case, that means gulls. Manually focusing flight shots was never easy but flocks of nearby soaring gulls gave me plenty of opportunities to sharpen my skills.

I was actually more attracted to the light than the flight…so to speak. White birds can often be photographed with the near side in shadow, as their shadowed white body will still hold some detail.

One of the things that I always enjoyed about any sort of outdoor photography, was that it helped me feel free and unencumbered by the complications and stress of daily life. Have you noticed how the word “free”, continually appears in my writings. So many struggle to be free, while so many others give freedom away.

The signature of The United States of America is our Declaration of Independence (means freedom!) and our Constitution.

This Independence Day, keep that in mind.

These past two posts have been produced and published not only with an old computer that has an outdated version of Internet Explorer, but believe it or not, dial-up internet access was also used. Yes, it’s 1995 again. It has been an arduous task to say the least. One or two more posts done that way and then back to normal again. I often say that I lack in patience but I have recently found some I did not know existed.