Posted on May 6, 2017 by nelsonearthimages

When I write observational, opinion pieces like you will find below, regardless of the subject, I am well aware that I always risk giving the impression that I think I am the god of opinions. I do not. It’s just that it has always seemed to me that writing anything less than strong statements of the way I see (opinion + observation) any given subject, is less than honest. It sends the message to whomever may read this blog, that while I have some things to say, I seek your approval first, and your respect second. While I do not want people to dislike me, I’d rather you respected my thoughts.

As is always the case, the observations and opinions below, belong to me and only me. They are to be accepted or denied, as you see fit.

As is true with almost any subject you can think of, photography advances with each new generation. It does so by equipment, knowledge and opportunity. The advances in equipment, including software, are self-explanatory. The internet has opened up the sharing of information and imagery (knowledge) as never before. Everyone with a cell phone is a published photographer today, and many if not most, share some of their technical information. The opportunities to make and share pictures right now, are beyond what had been previously imagined. We now know where every photographable inch of this planet and the cosmos are. The opportunity to go there (on the planet and possibly beyond), has never been more ripe. Special travel, group and airfare packages, along with the opening up of previously closed nature related, human history related, and news related locations to the world‘s population, has made image making easier and more likely than ever before. It is however, also much harder to separate yourself from the crowd than it once was. More opportunity for everyone to make interesting high quality photos creates fewer opportunities to succeed. On the flip side, the more difficult it is to stand out, the more you do stand out when your imagery is unique.

A vicious, but predictable circle.

Slowing down, and then eventually stopping my photography as I have done in recent years, has caused me to view almost everything that might once have been a photographic subject, differently than before. It took a while for that to happen.

I previously viewed the world through the eyes of a photographer. All day, every day. Whether I was taking a drive, whether I was in the city or the country, or whether I was in my own backyard, everything was a picture to me. Every little songbird perched on a stoplight, every leaf blowing in the wind, every old building with a cracked foundation or a few bricks missing in its side, was another photo in my mind. Every bit of light, every shadow, every shape and every color appeared in my (right and left) brain first as a composition, and then as a finished photo.

Life changes, and so does how we “see” it.

I am a visually oriented person and that will only cease due to blindness or death. I hope the first never happens, the second of course is inevitable. I have gone through a transition of first continuing my vision as a photographer for several years after photography became a secondary part of my life, and then slowly, more and more (or less and less), seeing things through eyes of a “civilian” so to speak. For a long time I no longer even saw the birds on the stoplight, or all of the highlights and shadows, shapes and colors. For what ever reason, more recently I am once again seeing what the photographers sees, rather than the civilian. Yes even though everyone is now a photographer, there are still both photographers, and civilians. Some people just make pictures, but others make pictures. In other words, making pictures in and of itself does not mean that you see the world as a photographer. I have lived as a photographer since the age of 19, and I will die that way, hopefully a long time from now.

How do you see the world around you?

For 20 years now I have been hearing about athletes and others, who have given “110%”. At first I accepted that. I get it, you are saying you gave a lot. After 20 years, enough is enough. Please!!

Whew, thank you! I needed to say (or write) that.

It’s For The Birds

The Water Pipit species contains a subspecies called the Alpine Pipit. This little bird is a member of that race.

The picture was made at an elevation of over 12,000 feet. Winter arrives early and leaves late this far up. The little Pipits need insects for their babies and at times they have started their family before the insect larvae has developed near their nesting site.  I watched this one fly “downhill” so to speak after prey and return to this same lookout (rock) several times in the 30 minutes or so I observed. The nest was out in the alpine tundra, and the birds (s) made a point of flying in irregular patterns as to mislead anyone who might be watching. Nature, especially birds are a fascinating lot.

The Ruddy Turnstone has always been a favorite shorebird for me. Not only do they have interesting markings, but they are active birds who once they have accepted you in their environment, become almost oblivious to your existence. 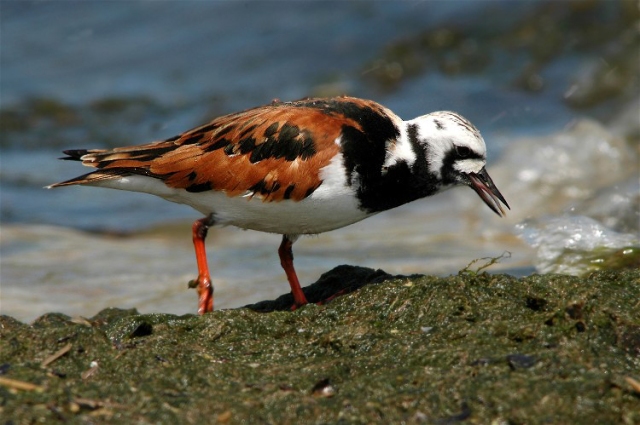 I think everyone likes the American Kestrel. This was one of a mated pair who gave me a series of nice poses right next to the road in Bong State Recreation Area here in southern Wisconsin. 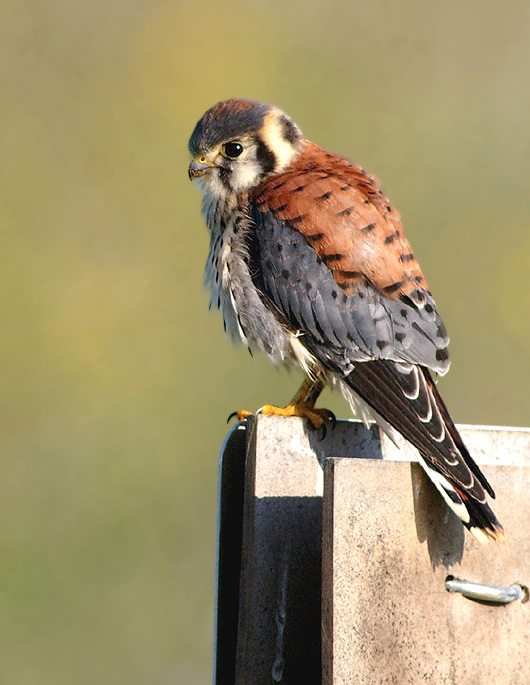 Often photographers travel around the country, and around the world chasing birds. Never forget what lives right next door.

I love photographing baby waterfowl, especially ducks. I usually attempted to get down to eye level with them. There was no way to get both of these Mallard ducklings in focus so I opted to get the farthest from the camera extra soft, and fading into the distance.

I am sure I have shown this mountain peak with alpenglow before, but I doubt if I ever mentioned it has a tie-in to the Alpine Pipit that resides in today’s first image.

I made this picture in the Colorado Rockies not long ( couple of hours) before the Pipit photo. I was in my car headed for higher elevations when the rising sun from the east lit up this mountain to the west. I am not sure how high that mountain is, but I would guess I was at 8,500 feet or so when I set up and captured this image. 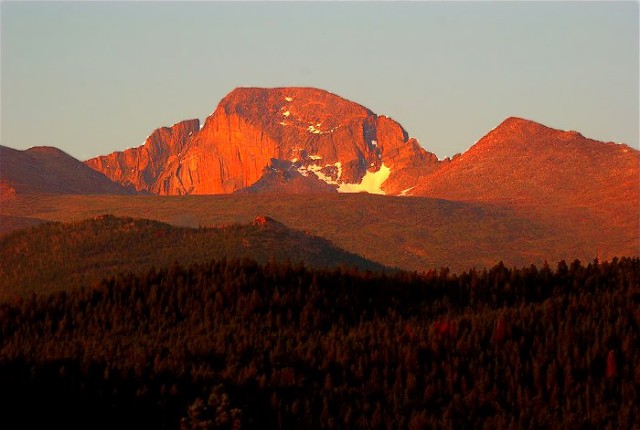 All photos begin their life as observations. In many ways they are opinions. What is interesting, what is photogenic, and what is worthy of your time and opinion?