The Way They Were……Your Memories Never Go Out of Date

Posted on January 26, 2016 by nelsonearthimages

How much are your photographic memories worth? Can you put a price on them?

As camera equipment and software programs advance, oft times photographers need to make decisions on whether older pictures can be rejuvenated or at least saved by using modern software to bring life back to those old images, or do they need to be retired. My only suggestion is, don’t delete them. A couple of megabytes is a small amount of space to hold a memory.

The first two images below are of the very first Snowy Owl I photographed. These were made on 12/15/05. I dredged up these images wondering if I could rework them in the Photoshop lab and create more usable exposures. Even when I made these pictures of “Her Majesty” so dubbed, I knew the chance of future use was slim to none. I have decided that these shots the way you see them, are an honest rendition of what that day looked like, and what it felt like. I look at these pictures and the memory is as crisp and clear as it could be. I’ll keep them as is. 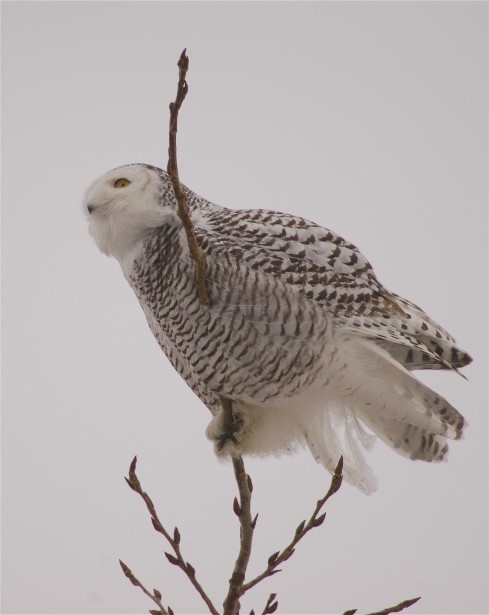 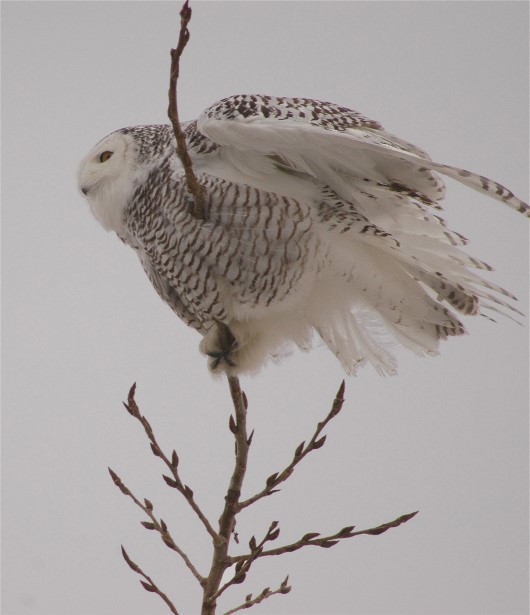 The images below are that of a Short-eared Owl. They were made in 2008. I have made other SEO images since, but I made my first pictures of this species about fifteen years prior to making the ones you see. Those pictures were on film, and were made in the exact, and I mean the exact location that these were. Right along the main road in Bong State Recreation Area, WI. Even these 2008 digital images lack in the technology of today. I can promise you that they would be crisper, with superior resolution if they had been made within the past three years. These pictures were made about 2 p.m. There were about fifteen birds flying and perching for about 45 minutes. It’s hard to forget days like that and it is of course the photos that bring them back to life. 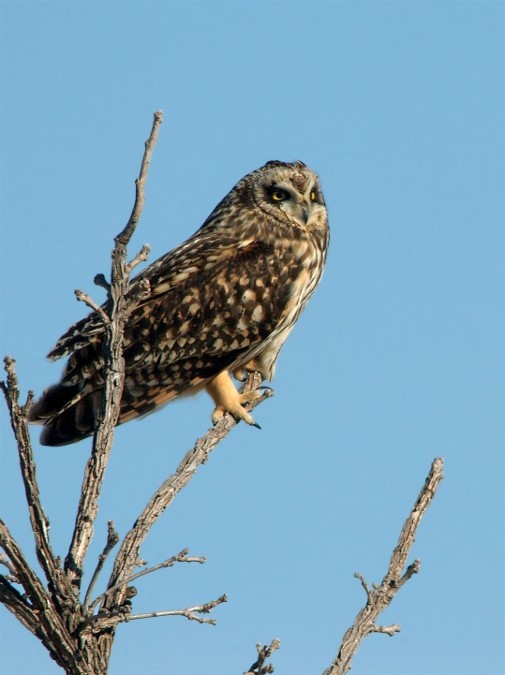 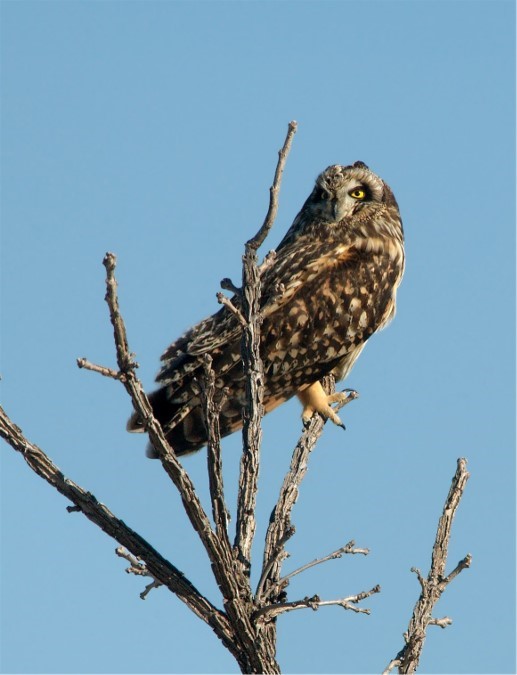 In both cases, the owl photos above were made with great friends near-by or at my side. It always pays to realize how much a picture of an owl or any other subject, can remind us of special people.

With all the great memories I have of sharing moments with people, it is however true, that many of my favorite memories are about me and my subjects. Landscapes are subjects too and they are every bit as much alive and real, as are the animals we photograph or the people we share those moments with.

I have only been to Dinosaur National Monument in Colorado once. I really stopped there for the purpose of viewing fossilized bones but I wound up on the canyon drive photographing the land. I did not have the opportunity to work at the “edge of light”, but every bend in the road provided another wondrous view. 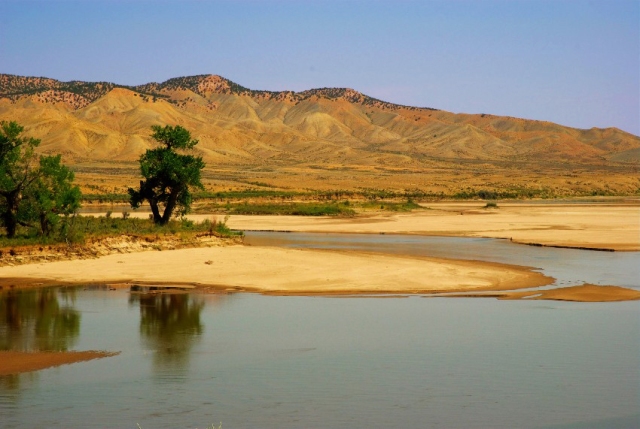 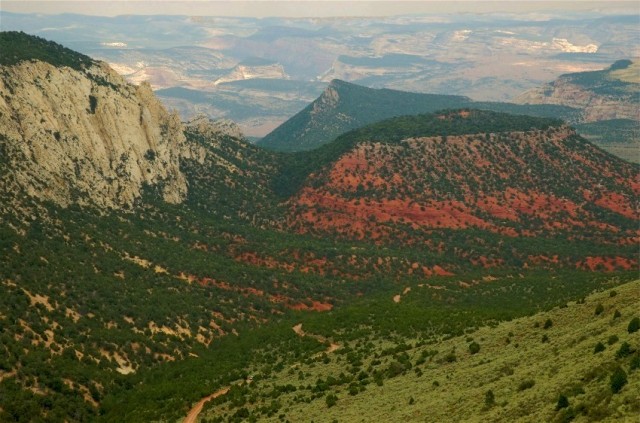 I visited the legendary Maroon Bells in Colorado in 1986 with my medium format film camera, and made it back one more time in 2007. Any picture at this location is a good one, and any morning spent there is a special one. I’ve never shared “The Bells” with another person, but in 2007 my entire morning shoot was made with a single, and unafraid, Robin. As the light began to appear and brighten up my subject, I began talking to my new found friend ( yes I talk to the animals). I wanted to share my excitement. He/she seemed interested in what I had to say, and for my entire morning (maybe two hours) my friend kept returning to my side, over and over again. A special morning with a special subject and a great friend. A memory.

While I’ve only been to Dino once, and The Bells twice, I have been to the Badlands of South Dakota many times. My first trip was with my parents, and I returned as an (almost) adult with my wife. I have come back to make pictures both alone and with others several more times.

When you truly love a place, every visit is special and every memory of those visits is just as special.

One thing that making several trips to one location provides, is many different kinds of light. The picture below was made on one of two stormy visits I made there. Some would say that gives credence to the name Badlands, but to me a storm over the land means power and beauty. When I made this picture, it was “high bright” cloudy. The gradations of color, form and texture that are revealed during this sort of light is breathtaking. I’ve never forgotten the moment I took this picture, and the Badlands itself remains a friend so vivid in my memory that I feel like I am there right now. Of course the picture helps. 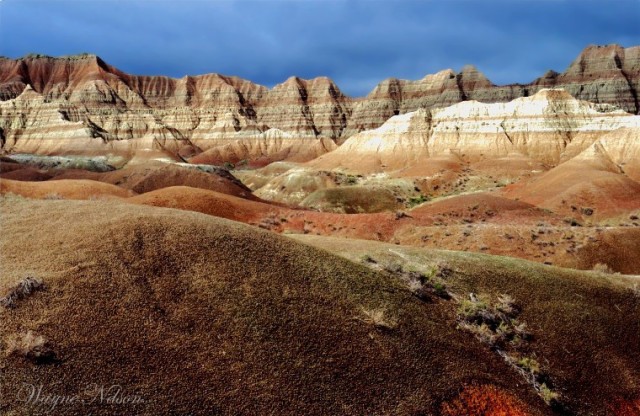 I’ve photographed wildlife over a fair portion of America and I would not trade any of those experiences. Just the same, it’s often those moments right around home, with both common and uncommon animals, that remain special.

I had heard from a friend about a Red Fox family living just a few miles from where I live. I had just finished two straight years of intense fox photography and frankly, I was looking for other subjects. One morning I got up and said to myself, it feels like a great day for foxes, and headed in their direction. They had their den in a small group of trees less then two blocks from downtown Kenosha, WI. I sat and waited and waited while speaking to a friend, and when I was just about to call it a morning, this little fellow stepped out of the woods to stretch his legs. He noticed a squirrel on the other side of the street, and then turned and trotted back into the woods. That was it. You know what, I was happy and it was a special morning. The two pictures ( I made about five) that you see, are just different enough from what I had in my files, that every part of my morning became a special memory. 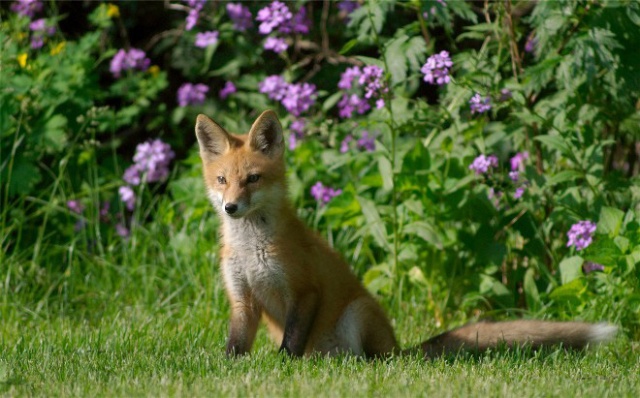 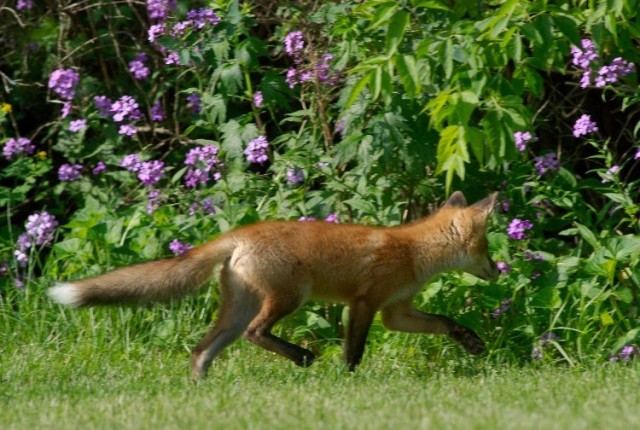 When I began serious bird photography, I learned quickly that Trumpeter Swans and Tundra Swans were viable subjects, but the introduced Mute Swans were taboo. As time went by, I began to make up my own rules. Mute Swans are natural art, and to omit them from the photographic portfolio of our wildlife work, would be a mistake.

I sat in my car at the edge of the bay, making distant images of some Hooded Mergansers. If only they would come closer. During my time with the Mergansers, a Mute Swan sat very close to my car. I began (too slowly I might add) to pay more attention, to the swan, and I noticed just how artful its poses were, and how beautiful the light and shadows were as they formed around its beautiful neck and body. 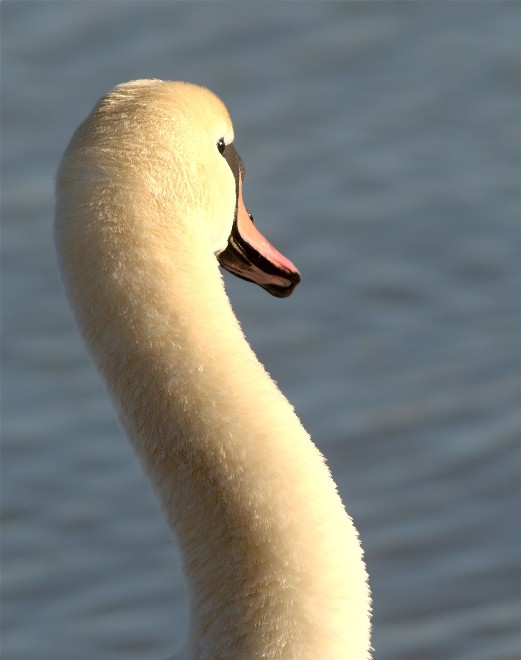 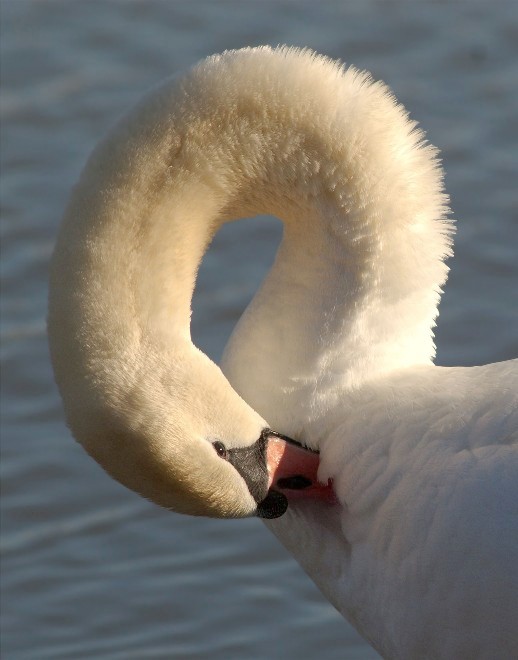 I had spent a excellent  morning photographing flowers and insects with my 105 macro lens. My car was about 150 feet away, so my camera, the 105 lens, and my tripod was all I had with me. As I focused on a spider I thought I noticed with my peripheral vision, something moving. It was this little Tiger Salamander. There was no way this little critter was going to sit still, or even stay close, while I got in position with my 105. Should I go get my 300mm or 500mm? It’s doubtful my little visitor would stay put. I made as close of an image as I could of my little friend traipsing through the tall grasses. I was shocked when he began coming closer on his own. Closer and closer he came. He was curious about this strange creature with two eyes on his head, and one on this strange looking protrusion that read Nikon on it. Okay, maybe he didn’t read the Nikon logo, but everything else is true. It was getting later in the morning and more and more people were coming so I folded up my tripod and left the scene so as not to attract attention to my new found friend. I said thank you, and went on my way.

I really do look at a subject like this Salamander as a friend.

I know I’ve written about today’s subject of memories through photographs before. It isn’t exactly a revelation to say that photos are great for memories. Ever since they shrunk the size of film cameras, people have used those cameras to record people, things and events, for posterities’ sake. That continues today with cell phone cameras and the like. That being said, I think serious photographers all too often don’t look at their pictures as a bridge between themselves, and the actual mood and feelings they possessed, when they were creating those images. I think when we are willing to look a little deeper, those images and the memories they carry, become a highway to a far more profound set of subconscious memories, than we even knew we had. Old memories and new discoveries, live well together.

Today’s post as it was originally written, was way, way longer than it stands before you now. This last section was titled Lessons Learned and I wrote about some childhood lessons. One concerned a lesson learned at about four years of age about not judging people from my first impression. The second lesson was about being careful of who or what you trust, but not losing your faith.

Often I write these articles on my computer using the software programs that exist here, and then I save it until I am ready to import it into this blog. After finishing my writing, I closed the program to do something else, and clicked no to the question as to whether I wanted to save my writings. After 20 years of writing on a computer would you not think I would have learned by now to make sure I have properly saved my work?

When I complete a body of work, and something happens to destroy it, I almost never re-write it. I would rather start over with a completely new article and a different subject. I write with emotion and attempting to recreate the way I feel when I write, is for me, almost impossible.

I do want to say that it was my best work…..ever!  Just joking.  I guess I should have labeled my article “Lessons Not Learned”.

The question could be asked of me, am I all done sharing my thoughts about politics, religion, and social issues? Well, I am at the age where I ought to know myself pretty well, and I seriously doubt that my thoughts on current issues will be held quietly. I intentionally took a break from such subjects over the Christmas/New Year holidays, and I guess I am sort of still on that holiday.

John 8:12  Then spake Jesus again unto them, saying, I am the light of the world: he that followeth Me shall not walk in darkness, but shall have the Light of Life.