Posted on February 10, 2015 by nelsonearthimages

Not long ago, an inner-forest, low light picture of two active Great Gray Owls, that was sharp and noise free, would have been impossible. I have to admit that new camera developments are bringing us a clear, not before shared world that we could not view in past times. Andrea Marzorti was the photographer. 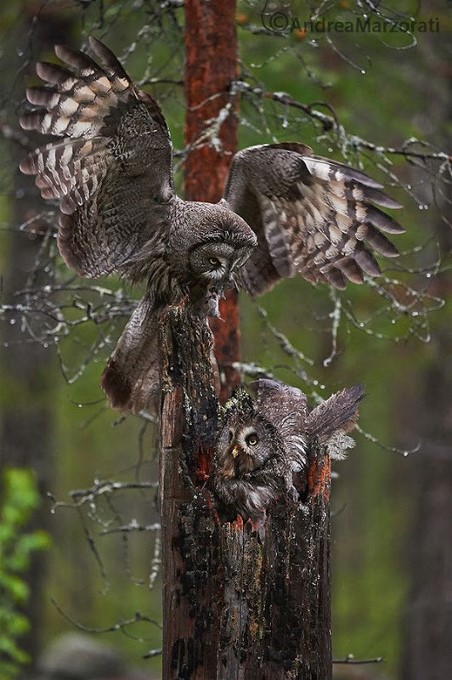 “I can’t believe I ate the whole thing“. Barry Thomas made this endearing picture of a frog. Come on now, don’t you wish you made an image like this? 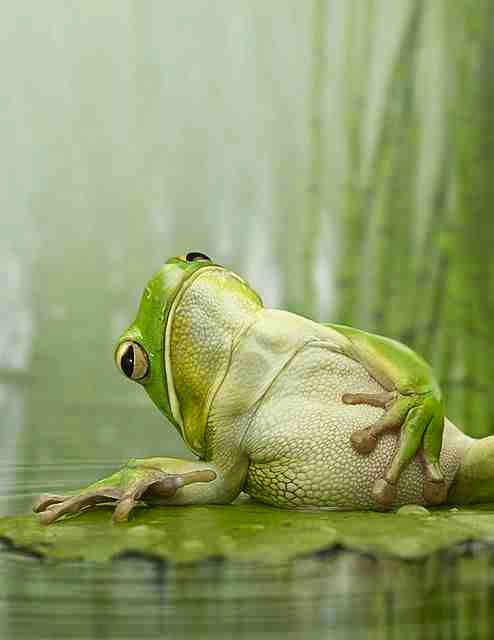 In 2005 I was fortunate to have seen and photographed my only Golden-fronted Woodpecker. I did so in Santa Anna NWR on the Texas/Mexico border. My images were not the best as they tended to have a very busy background. The Ken Hadfield photo you see below was what I was after. Clean, simple and beautiful. 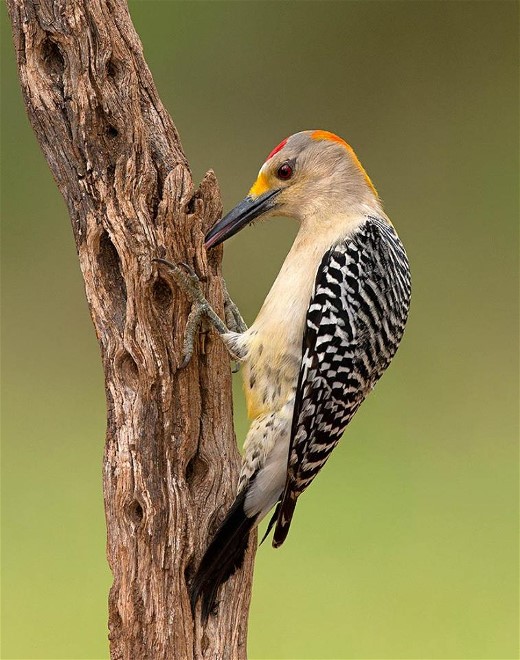 This semi silhouette of a Mute swan has action, color and elegant beauty all in one image. Once again current equipment/software are making pictures possible that were once, just a short time ago simply impossible. Retaining that rich color, while holding some detail in the bird, was probably accomplished via software editing. Well done Carlo Galliani.

I’ve often said that the national park that I’ve photographed the most times, is Badlands N.P. in South Dakota. The national park I’ve visited the most times, is Rocky Mt. N.P. in Colorado. I lived a little over an hour from this majestic mountain location and have probably visited the park at least 15 times, and passed through (not in winter) another ten times. I have (illegally) camped in the back country, climbed Long’s Peak, and driven Trail Ridge Road enough that it seemed like the street I lived on. I’ve also made a few (too few) pictures there.

Dennis Ferdinandus made an image in RMNP, that is above and beyond anything I have ever seen from this location. I cannot say that this is a straight forward photo but it sure enough is a powerful one. It takes us well above timberline, with some Rocky Mt. Elk, including a bull and three cows. They say you can’t go home again but this picture takes me back to a place I consider home. 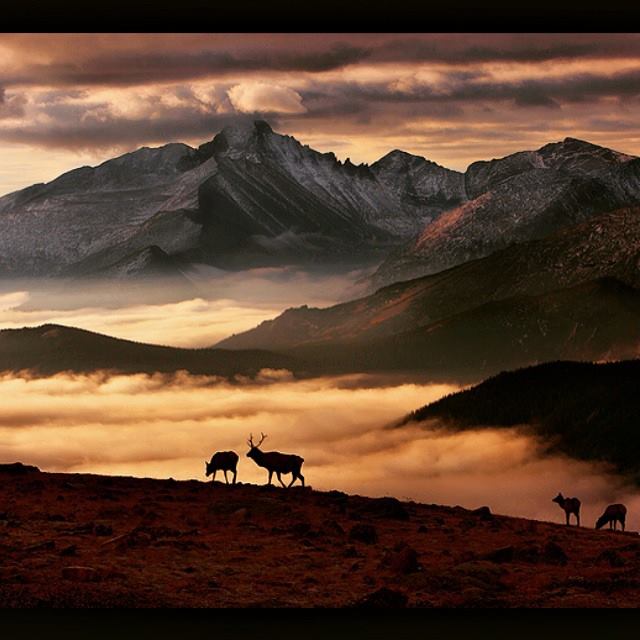 I enjoy the off-center composition of the beautiful Nooksack Falls, Washington. Tim Hale knows that there can be balance without symmetry, and that there is power in the gentile.

I’ve spent a lot of mornings or afternoons appreciating the mood of sunrise/sunset on the beaches of a few large lakes and two oceans. There is nothing that equals that mood, and Glen Anderson has captured a mood that says “come and sit with me for a while” I can feel (through the picture) just what it was like to be there. This may be an HDR image and if it is, this is a perfect use of that medium. The even more likely scenario was the use of a graduated neutral filter was employed.

It gets more and more difficult for me to find web links that represent the photographers that I feature on these pages. That’s because I often, bring you lesser known photographers. Many of these world-class pictures are made by passionate amateurs. The equipment levels and the shared knowledge that is available today are two of the reasons for such high quality. I do believe that another reason is that there have never been so many photographers who aspire to be excellent.  Passion + knowledge = excellence.

I’ve never mentioned it before, but from time to time, photography related teaching websites such as Pinterest , will link back to certain articles ( Point of Focus and Depth of Field With Wildlife) I have written about  the “how to” subjects or art related subjects of photography.  I usually don’t mention things like that because I am well past the point of promoting myself. There is no reason for it anymore.  I mention it now because it helps to exemplify the fact that there still is, and hopefully always will be hunger to learn.