The Big Picture………just a lot of little details

Posted on June 28, 2014 by nelsonearthimages

Today’s theme recurs in many of my writings. I do think it’s important. I am not attempting to indicate I am a perfect photographer or anything else. The fact is, that I constantly have to remind myself of these thoughts.

Most images are made up of thousands of details.  Much like life itself it is all those little details that add up to the “big picture”.  Pun intended. Take care of the details, and the big picture takes care of itself.

If you own a car, you know you can prevent many large issues by taking care of the little stuff, like changing the oil etc. I will confess that I myself have never been good at taking care of the details when it came to my car, but you get the picture.

There are philosophers of life who like to state, “don’t sweat the little stuff”. The problem is when you let the little stuff slide, the big stuff will cause problems. It’s hard to fix the big things, easy to maintain the little things. In photography, knowing your camera equipment and understanding photography, helps you to be proactive instead of reactive when you are making pictures. When those little things ( equipment and technical photography), come to us automatically, we are left to determine composition, light, and the other little things that make up the big picture. All of those details that our eyes discover after first looking at the whole image, are what makes that picture good…..or bad. I guess my philosophy is “sort of”, don’t sweat the big stuff, it will take care of itself.

There’s not a lot of details in any image that is taken directly towards the rising sun. Never the less, if you can expose some texture by catching the light skimming the surface (experience and knowledge), and carefully compose (more little stuff) your image to lead your future viewers into the scene, the big picture will become more than just some clouds and water.  If you do those first things, and good results  will follow.

There is quite a bit going on in this scene, but nothing like when I first pulled up in my car and started making pictures ( a long time ago) of this mamma Killdeer sitting on her nest. The foliage in this image is fairly even toned and insignificant to the picture. The bird itself is in an open area (face and head) with no interference from plant life. Those plants in fact help tell the story of typical Killdeer nesting habitat. When I first began making images of the bird  I was stopped to our right. There was one large blade of grass out of focus and right in front of my subject. In back of her, (our left), there was a large dark twig. In fact, that twig looked as though it was growing out of her head. I started my car, slowly backed up and reframed my subject. She politely allowed me to make a few shots and I drove off satisfied that the one “little thing” I did to change this image made the big picture better than it was. 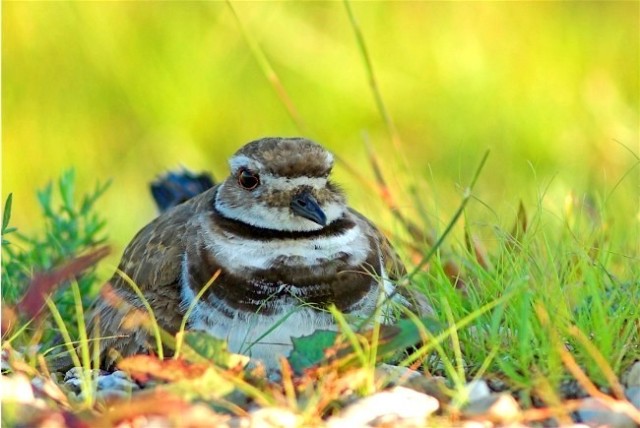 I made these images of a Short-eared Owl many years ago on a day with very heavy overcast. That meant slow shutter speeds and very thin depth of field. That meant shooting for the eyes to catch some focus in the area where our own eyes are drawn. That is if course if I could just see its eyes. I noticed only when something drew the bird to look towards a noise or some other sort of disturbance did it fully open its eyes. With the drab heavy light of the day only wide open eyes could be seen. No I didn’t’ create a disturbance, but I did wait it out until the bird opened it’s eyes to see something ( a Northern Harrier Hawk), in the distance. A turn of the head (a little thing?) made all the difference. Short-eared Owls are all about the eyes. 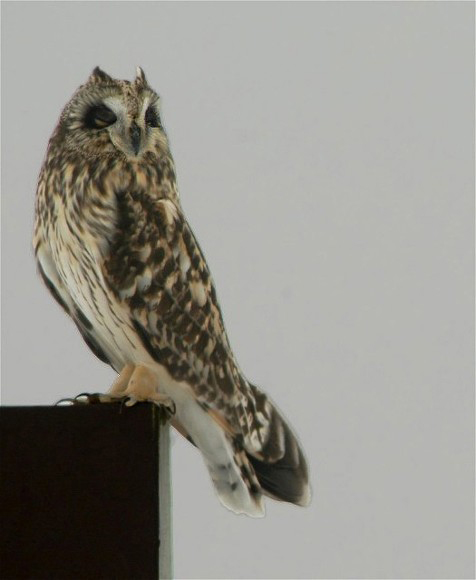 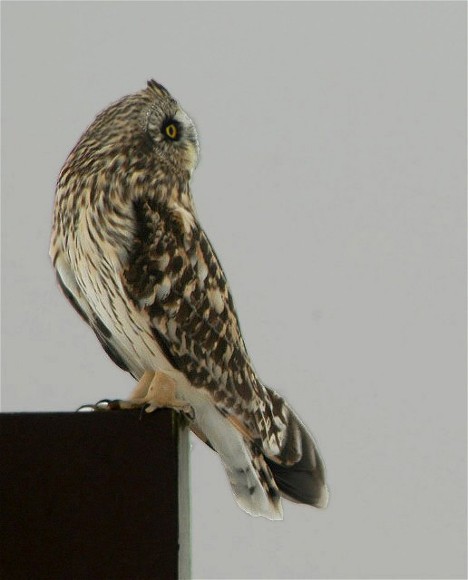 It took and aperture of f29 to cover these ice covered leaves in complete detail, as I was extremely close to my subject. That was more than enough depth of field to render bothersome details in the background. I felt this image needed zero detail in the background except whatever color and tone existed. Originally the background was the sunlit portion of a small reddish shack. It “popped” too much in the sun, and the side boards of the building were visible. I moved my tripod maybe six inches and the camera (while on the tripod) maybe two. My background was now made up of a shaded section of the shack. It was an area that had one large sideboard. Six inches and two inches. A very small distance, but those little adjustments made the big picture much better. 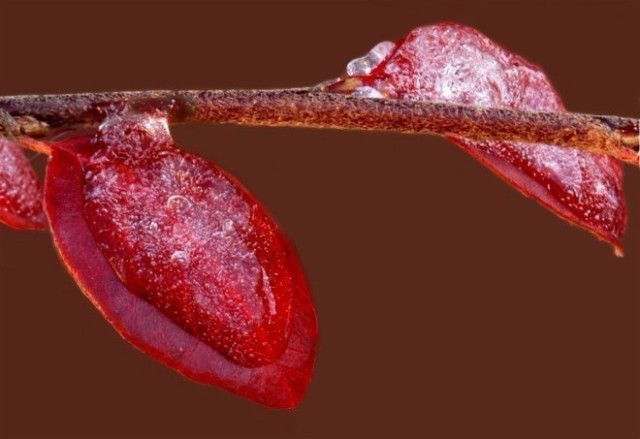 Get into the habit of taking care of the little things, and the big picture will fall into place.

“People who think they know everything are a great annoyance to those of us who do.”

For those of you who are on Flickr, if I don’t acknowledge the photos you post, even when they are placed in my own Earth Images group, it is because of computer issues. My laptop is getting old and very, very slow and while that slows down everything I do, visiting Flickr is getting almost impossible. I was however there recently, and was happy to see Earth Images is still growing. It could be another four days (who knows) before “old bessy” will gather up the energy to penetrate the internet’s most cumbersome site.

A blast from the past  Keeping The Magic