Variety is The Spice of Life

Posted on February 5, 2013 by nelsonearthimages

In my last article I wrote about the color of light as it affects our photography.  The dove photos below do a good job of illustrating that point.

The image below has been slightly altered.  The color and the light you see are as accurate as photography can record them, in accordance with what I saw on that day in 2006.  If I wanted to accentuate the warm color on the dove, and enhance the darkness of the shadow, I would have simply added contrast.  That would separate the light foreground and the shadowy background.  It would also produce saturation in that warm colored bird.  The background would become darker and remove some bothersome highlights of grasses that caught some of the light.  I did want those bothersome and indiscernible highlights removed. Instead of using contrast, and altering the birds color (the color of light) I cloned the black shadow over those few bothersome highlights.  I kept the bird exact to the color I saw with my eyes, but used a little Photoshop magic to keep the background pure.  The out of focus bothersome highlights added no useful information to this picture, and my method kept the artistic integrity of the picture, true to my vision. 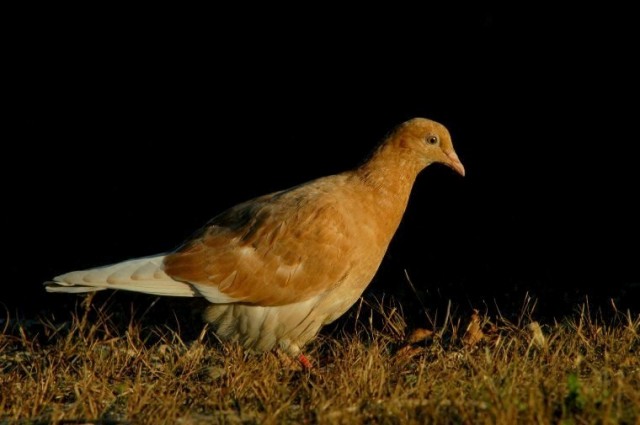 I shoot in many styles and I love variety. I enjoy the first image of the dove where is lit with the more conventional sunlight, at least as much as the more dramatic image.  To me there is nothing like variety.

I love photographing birds and their reflections.  As I watched this female Red-winged Blackbird jump from plant to plant, I shifted my framing of the bird in order to capture her reflection.  A clean and pure reflection is always nice, but when the opportunity came to mirror a little bit of the habitat that she lives in, I knew I had something a little different. 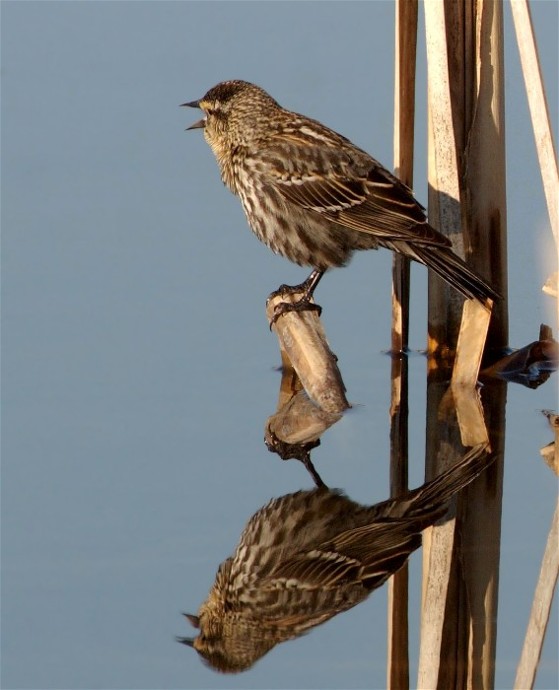 How important does a subject, in or out of nature, have to be to make a good picture?   I have always believed there is no such thing as a subject that isn’t worthy of a photo.  I especially hold that true in nature, but I have photographed dented headlight rims, and rusty bottle caps as well.

When it comes to nature, my philosophy is that there is literally another subject everywhere we look.  Mother Nature is an infinite supplier of subjects. I was out one morning after a rain, whining about a lack of subjects and I decided to take my own advice.  When I looked through my macro lens at this blade of grass, I found it to be just as beautiful as a wading bird or an autumn forest.  Perception is reality.

On a summer’s morning I caught these dew covered grasses bathed in backlight.  This had been a fairly boring morning at Illinois Beach State Park North Unit when I decided to open my mind and look and see what nature had provided me with. 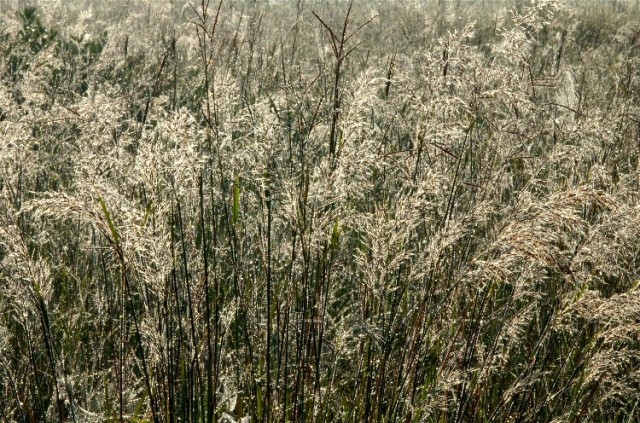 When I photograph a sunrise, I generally arrive well before the sun.  I also often  arrive at sunset locations long before the sun rests its weary eyes.  After a day of landscape photography I headed for Black Canyon of The Gunnison’s “sunset point”.  I was early.  I stood at the point farthest out into the canyon. As the sun finally began its descent, I made pictures until there was no light left to photograph.  In between, I met a nice couple from Arkansas, made a friend for life of someone who lived 30 miles down the road, and reflected on an amazing and emotional day spent in and on both the bowels and the peaks of the Rocky Mountains.  Eventually the darkness owned the mountains and I gave in and made a precarious hike back to my car.  Everything has a beginning and an end, and I have found that the beginning and the road then traveled, are usually well worth what you find at the end.

God Bless and have a great day,  Wayne