Posted on January 8, 2020 by nelsonearthimages

Let’s begin today’s post with a very cool, moody image from Darrell
Gullin.  This is a working cowgirl, during an autumn snow squall in
Wyoming.

Whether you are herding cattle or riding fence, a mountain/prairie
snow storm is no reason to quit.

There’s nothing more fun, and nothing that provides for a better
photographic compositional education, that finding a subject and then
dissecting it. Photographically that is.  Subtraction, can be an
addition for your files.

Old lighthouses and other historic buildings, are a perfect place to
practice “architectural dissection”.  These fairly pedestrian images
of an old Door County, Wisconsin lighthouse, were captured while I
taught a photo workshop. The idea was (along with the Xs & Os), to
first see the whole picture, then find the most compelling components,
as well as the “mini scenes” that live within the larger subject.  The
more we did this during the workshop, the more dissection occurred. If
my recollection is in place, by the end of the day, some students
finally made it down wood texture and chipped paint. My job was done
as far as “seeing” the smaller scenes within the larger ones.

Of course, one can also begin in macro, and wind up with classic 17mm
landscapes as well. Both are great teaching tools.

You can tell by how the sky lightens and darkens, we moved around the
tower for good visual angles. 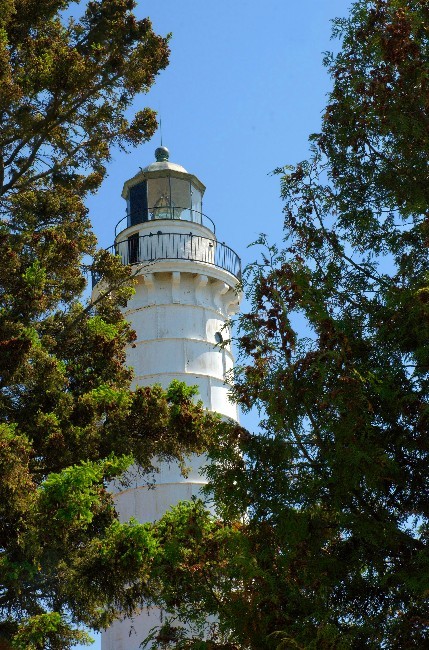 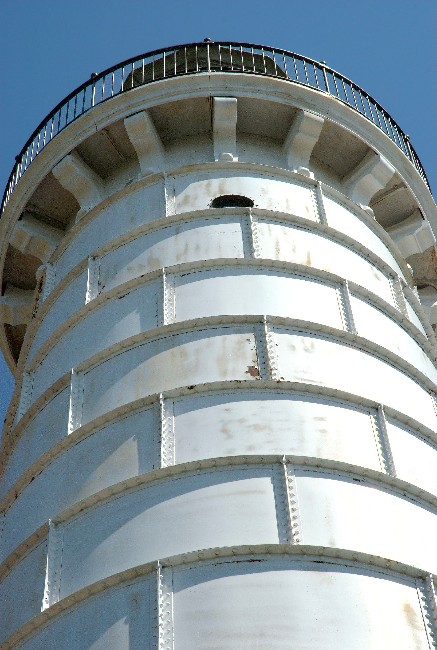 Of course, there is more to a lighthouse than just the tower. 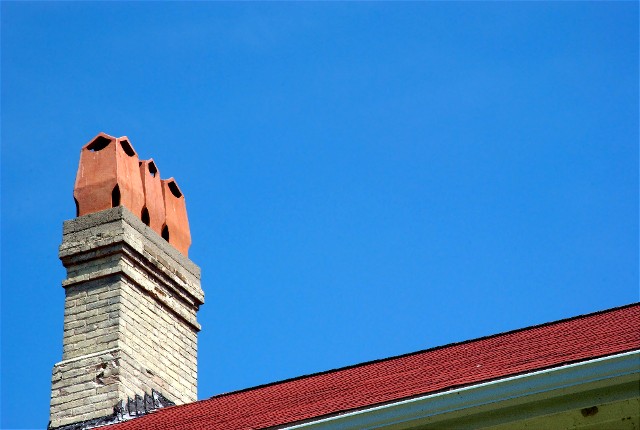 Black sheep of the family?

We cannot always get physically close to wildlife subjects. Sometimes,
more distant shots can provide a puzzle so to speak.

When I made this image many years ago, I was enchanted by how mom (out
of sight and ahead of the babies) dutifully led her little ones around
this wetland like the engine on a train. There was however, something
wrong with this picture. Mom, (and of course her babies), was a Hooded
Merganser. All  but one that is. Right in the middle of the troop,
swimming along like he or she belongs, was a Wood Duck. Check the
striped markings (with a microscope) along its head. Wood Ducks and
“Hoodies” both nest in either Wood Duck boxes constructed along ponds
and such, or in tree cavities near water.  If one species or the other
has inhabited a site, a female bird of the opposite species  will
often lay a single egg for the other bird to raise.

Hopefully those babies come with good instincts, because Wood Ducks
are primarily dabblers of plant life, while Mergansers are divers and
predatory eaters of fish and such.

To crop or not to crop?

These next three images of a Bald Eagle are not three different crops
of the same image. They are however, three consecutive frames.

These were created with a shutter speed of 1/800th sec, with an aperture of f8.

Take note, that this wild bird has been banded, and has a fish its talon.

The first image is a small crop, while the second (as you can see) is
tighter. The vertical (crop again) is closer to the first.

Days like that are a gift to be remembered forever. Of course, it
helps to have the photos as a reminder.

Tomorrow is a long ways off.

One year a long time ago I had gotten word that the 17-year Periodical
Cicadas were appearing within about 30 miles of home. I procrastinated
and managed to miss their appearance.  Well, they are called 17-Year
Cicadas for a reason.  So, seventeen years later I crossed the state
of Wisconsin to photograph them near the Mississippi River.

These little fellows are pretty easy to photograph once you finally
find them. They crawl very slowly out of their exoskeleton and then
they are fairly quiet before finally snapping into action.

This guy was photographed with a hand held camera, macro lens, and
electronic flash. The flash allowed for mobility, and motion stopping
speed.

If you miss enough opportunities to photograph these guys, you may no
live long enough to succeed. 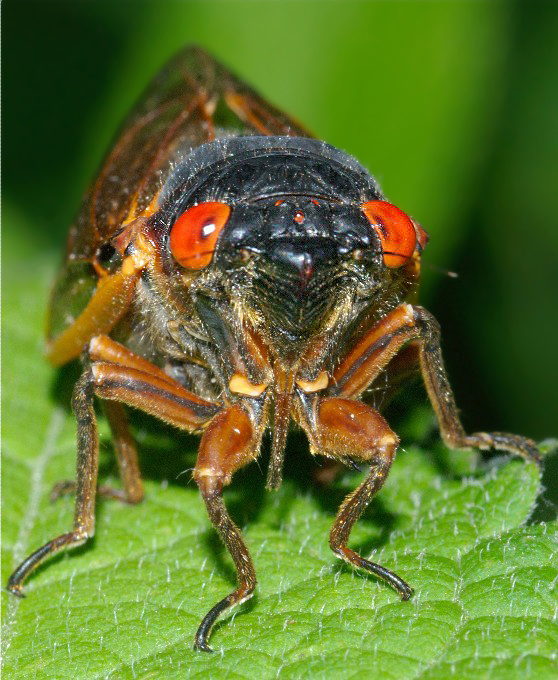 I cannot measure the hours or the miles I have spent afoot with camera
and tripod. In fields, along rivers, in parks. There was nothing I
enjoyed more when walking through a wooded area, than to find some
beautiful backlight streaming through the trees, and be blessed enough
to have that light strike a flower. Especially with a shadowed bit of
woods in back of that flower. This Bleeding Heart flower may have been
an escapee from a garden, but whatever the case, beauty ensued.

One part light, one part flower, one part photographer.

Saying goodbye with a hello.

The logical thing to do is say goodbye for today with a photo of a
sunset. As usual, I instead will part with a sunrise. I love both but
sunrises symbolize a whole new beginning.  They say hello.

This tree stood by itself on top of a bank above Lake Michigan. I
loved photographing single trees that stood alone “against the world”.
This one had strength and character, but remained delicate and
beautiful.

“Acquaintances are a dime a dozen, friends are priceless.”  Wayne Nelson

It is a strange and volatile world we live in today.  Most of the visitation to this blog comes from either photos in Google Images which are linked to the page I posted them on, or other websites and such who put up links to various posts.  After my Merry Christmas post and especially after my most recent post on the “Good Book” and other related subjects, that visitation has fallen off by 99%.

With all of the hateful and vulgar things that are published on blogs and websites today it is the subjects I listed that so many “just can’t stand to see.  Both of those posts written and published by me with the purest and gentlest intentions.   Admittedly is is things such as that which drives me to “pack up my thoughts” and say goodbye to this blog.

I will of course not do that.  I’d rather some people hate me for what I write, and keep on writing for the few who enjoy those subjects, than lose them all together.

Until next time,
Wayne