Puttering Around + The Observer

Posted on October 15, 2019 by nelsonearthimages

I was just puttering around with some of my (old) files today, and
thought I would share a few.

We are currently in the throws of autumn in this “neck of the woods“.
To some photographers that only means fall landscapes, but to many of
us it means everything from autumn flowers, to fall bird migration, to
the minuscule patterns on a leaf that is in fall color.

To me, autumn landscapes at their finest, occur in somewhat early fall
when we can “layer” colors and tones, one upon another. I dare say I
have made thousands of such studies.

Photographing leaf close-ups in fall is a lot of fun.

Every fall close-up does not have to be a super-macro.

Some leaves at the base of a tree.

This leaf, decked in the colors of autumn, contrast with
the vibrant green of some moss. This is somewhat of a miniature
version of our first image of compressed colors and tones.

Of course, there is nothing quite like getting down (low) to autumn,
and capturing the essence of texture, design, color and rain or dew,
all in one simple picture. 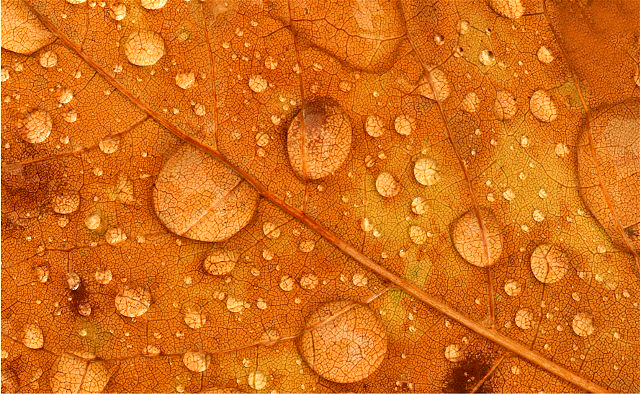 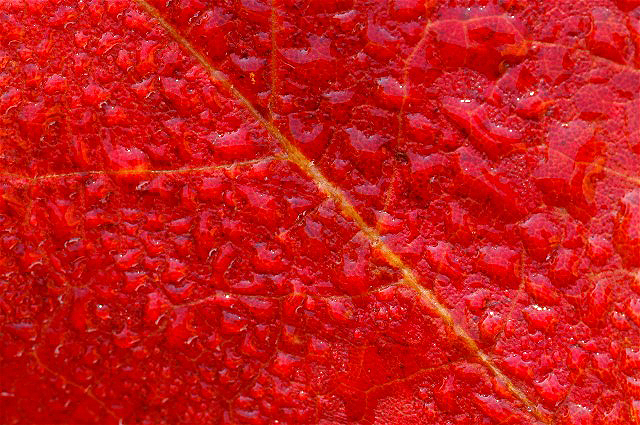 Reality, even in autumn can be an abstraction of the world as we
usually see it. This is a literal image of autumn colors, a tree
trunk, and the sky, reflecting in a pond. Abstracts are often simple,
and can be literally what we see in front of our eyes. No tricks.

Moving on from autumn.

I have shown a horizontal, black and white rendition of this weathered
(character) old, now long gone bridge, many times before. I’ve left
this version in color but the most important aspect of it is, how this
vertical emphasizes the coming and going, weaving and wandering
aspects that gave this old bridge its character. 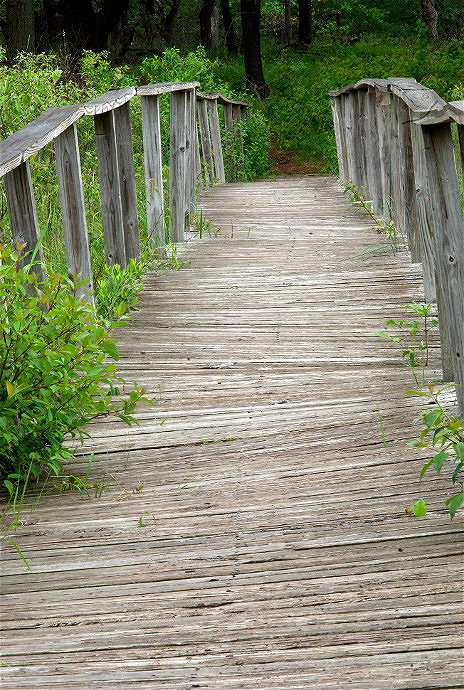 These pictures of a Song Sparrow were made shortly after sunrise at
Horicon Marsh NWR in Wisconsin. The birders who viewed the pictures
below loved the fact that I captured a Song Sparrow in song, but were
not so crazy about the fact that the bird is bathed in morning light.
The bird is slightly awash in inaccurate color. At least as they saw
it.

To me, I also love that I got a Song Sparrow singing, even though that
is not difficult to do, but I look at the morning light as much as
“tool of reality”, for me to use, as I would a bird in midday light. I
did not create or alter that light, it was actually there and
therefore, a natural part of the scene.  In those early moments of
that day, this was the true color of that bird. 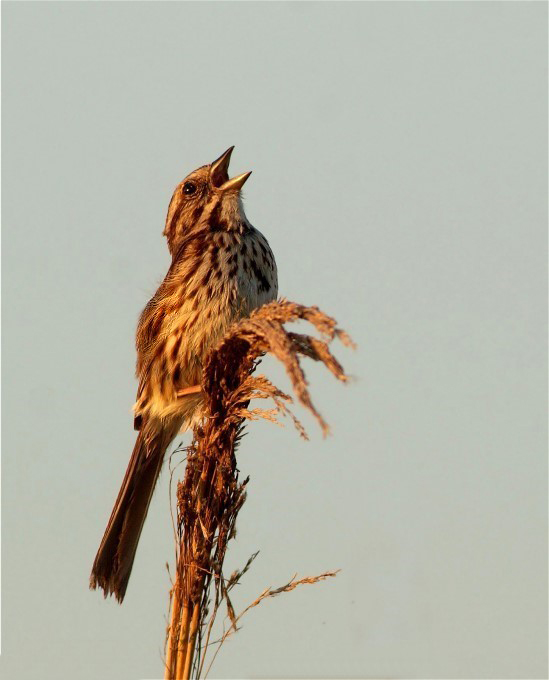 Really, nature is just a series of opportunities for a photographer.
Those opportunities are made up of color, contrasts, and natural
design.

A stormy day in late afternoon, some neat clouds and light, and some
bare naked tree limbs and walla, another picture is born.

It’s all in how you look (and photograph) at it.

The Observer, From The Outside In

Much of what I write about on these pages, especially on
non-photography posts, is me observing the world, and offering my
personal subjective opinions, on what I have observed through what are hopefully
objective views.

Several years ago I had a friend who suggested that I am a bit
contradictory in my opinions of myself.  She said, I seem egotistical
and overly enamored with myself one moment, and then overly harsh the
next. It occurred to me, that I was being misunderstood, but
understandably so.

I taught myself a long time ago, to stand outside of me and view
myself, as an impartial observer. That “other Wayne”, simply
observes and sometimes comments on, this Wayne. I can be a harsh
observer of me, and either a harsh or flattering commentator. After
all, I don’t know the person I comment on. I am “removed” from him.

The most freeing act in life, is when we discover that we can “stand
outside ourselves”, and see ourselves in the same light as we see
others.  Freedom is important to maintain the “spirit of Life”.
Wayne

It is for freedom that Christ has set us free. Stand firm then, and do
not let yourselves be burdened again by a yoke of slavery.
Galatians 5:1