The State of Confusion

Posted on July 21, 2017 by nelsonearthimages

While there is a general overriding theme to today’s post (making myself clear), I make enough side trips so that crystal clarity might need to be reached on another day.

I know that oft times when I write (or talk) I confuse some who do not understand where my thoughts are coming from in the first place..

I make a lot of statements, based on observations. It is true, that sometimes an observation of mine is part of an opinion, or followed by an opinion, but often it is just my statement of something I have observed. Plain and simple.

Whether my thoughts on a given subject originate in real life, on TV or radio, or on the internet, I may write on this blog something that sheds a bad light on things or people that I like, or a good light on what or who I am opposed to. They are observations. Not opinions.

By and large, I believe in the criminal justice system we have here in America. It has some flaws, everything does.

I watched a trued story crime show on TV a few months ago. A man got off twice for murder. Two different murders of two different wives over 10 years or so. He was wealthy, and he likely spent over a million dollars for his defenses.

The statement above is not an opinion on our justice system. It is not pro or con. It is an observation.

Well, that said, the conclusion of many who would read my statement would be, the system is broken.

Now for my opinions.

I felt justice wasn’t served only because two juries ignored their life’s observations and common sense along with much of the testimony.  Not because a rich man spent more money than a poor man could. Many people would say that the common (poor) person under those same circumstances should be guaranteed the same level of defense. I don’t know how you can do that, and I am a common person.

Should we say that nobody can spend over X amount of dollars to defend their life? In other words, create a cutoff point for how much anyone can spend on their defense. Should we say that the government will confiscate from everybody, all monies earned over a certain dollar amount, so that nobody has an advantage in the court system? That way nobody can afford expensive lawyers (or anything else). Not in my opinion. Should we up the dollar amount for a public defender to a million dollars per case? There are so many crimes committed and adjudicated in the U.S. every single day that the nation would be bankrupt in a week.

Of course, high profile (and rich) criminal defense attorneys are always allowed to work pro bono for a needy client. In fact sometimes (rarely) they do. I suppose we could force attorneys who make over a certain dollar amount per year, to represent needy clients for free. They of course would fight that tooth and nail and I would agree with them. The business belongs to the lawyer, and despite my disdain for lawyers, they have a right to be paid what they require or to refuse the case.

We do of course provide good legal defense, free to those accused, for anybody in America charged with a crime. That’s as it should be.

Freedom comes with a price. Always!! The freedom to be who you (legally) want to be, and the freedom to a fair trial and to face your accuser, have to (both) always be maintained, but not at the cost of other freedoms.

Fairness is a matter of opinion, but a nation that begins with the premise that all of its citizens have an equal right to try to succeed in life, and every single citizen, has a right to their day in court, is a country with more fairness than most.

So I began my article above with a statement on an observation, and completed it with a mix of observations and opinions.

In the end, I support who and what I support, up until something happens to legitimately change that. A negative statement or event, one that is fostered by either (perceived) enemies or friends, will not change my support. Only when I see, that the time has come (for whatever reason) that I have to change my stance, or my support for a person, will I then stop that support. 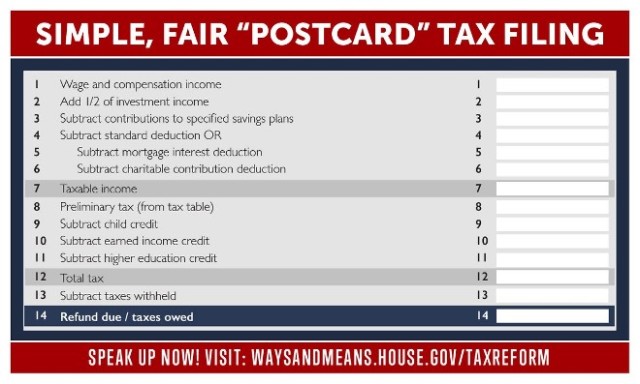 The photo above is of the “planned” paperwork that will be needed to fill out income taxes for most Americans, possibly for this year. As much as I have always cringed every time Congress begins making legislation, I will admit, from Veteran’s Administration reform, to terrorism defense reform, to new tax reform, there is more work being done in The House of Representatives, than at any point in my lifetime. Unfortunately the U.S. Senate, is a quagmire of partisan bickering and political grandstanding. Perhaps they can be urged by the House to grow up and go to work. We all know who you are and what you look like and how important you think you are. Now maybe you could begin to earn your pay.

The above paragraph is both a statement based on an observation, and an opinion.

Let’s close with two great images by two great photographers. Below you will find both my observations and my opinions intermingled.

British wildlife photographer/ace Steve Race is a master of seabird photography. Here he not only catches this Puffin nicely in midair but does so with an incredibly perfect midair pose. It would not be any better if he had actually asked the bird to pose, whilst it was suspended by invisible wires. 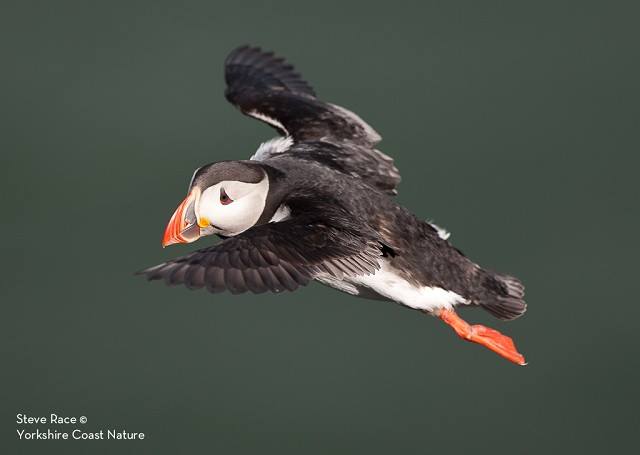 I don’t often think in terms of black and white when it comes to wildlife photography. Photographer Dean Tatooles has showed me that I should. The b&w treatment with this Leopard picture helps keep this pure, simple image just that, pure and simple. No colors to get in the way. 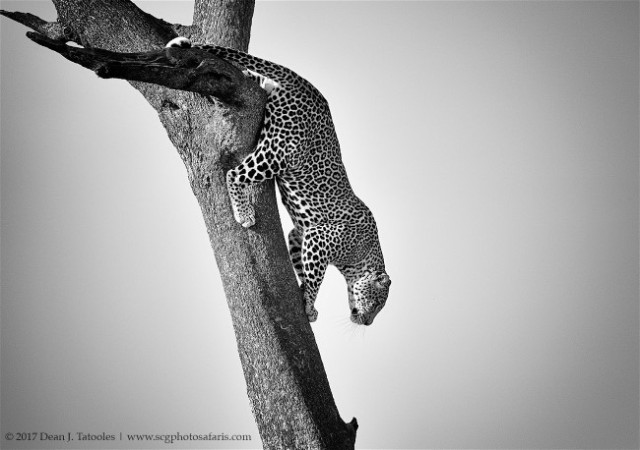