Posted on February 22, 2017 by nelsonearthimages

When the hand hold-able 4×5 Speed Graphic was invented, action photography saw its beginning.

When the 35mm camera, first the rangefinder, then the single lens reflex (slr) was created, photography took yet another leap forward in true mobility. The ability to hand hold and pan, made it possible to photograph moving objects with more ease than before.

As a veteran photographer of car racing photography in both the 35mm and medium formats, when digital photography came into being, I celebrated. Not only did digital image making still allow me the fluidity that I had with 35mm, but I was able to review my pictures as I made them. Still, much like high-speed film and its film grain, digital had inherent problems with noise even at 400 ISO. Noise was a new term for me in 2002 and but it soon became my worst enemy.

There are digital cameras on the market today where ISO speeds of 20,000 are acceptable. The shutter speeds that accompany those high ISO’s, allow action photographers the ability to stop that action in its tracks. With all of the benefits that the current round of camera equipment allows photographers of any given subject to receive, the ability to stop action with only minimum panning skills is the greatest, although deeper depth of field in landscape and macro photography is also a blessing.

I know nothing about the tech info in today’s pictures which were collected from a variety of locations. They illustrate several different sorts of action photography.

One of the nation’s fasting growing sports is bull riding. This outdoor daytime scene in front of a few cowboys is likely a bull rider practicing. I love bull riding competitions but “no thanks” as far as what the cowboys have to do. While this image may not show the high impact sort of scene that you see in indoor arenas when the PBR is competing, it shows beautifully (and clearly) the art of bull riding. A sunny day certainly aided the photographer in making a sharp, stop action image.  https://www.flickr.com/photos/sndgrss/ 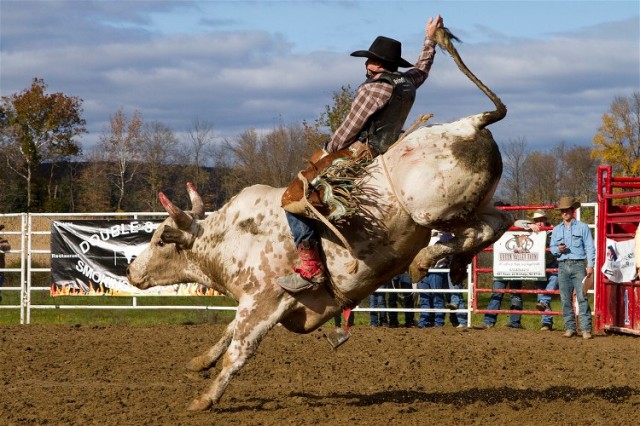 This picture seems to have been taken at an air show. Take note of the two humans in the open air above each plane. https://www.flickr.com/photos/messju1997/ 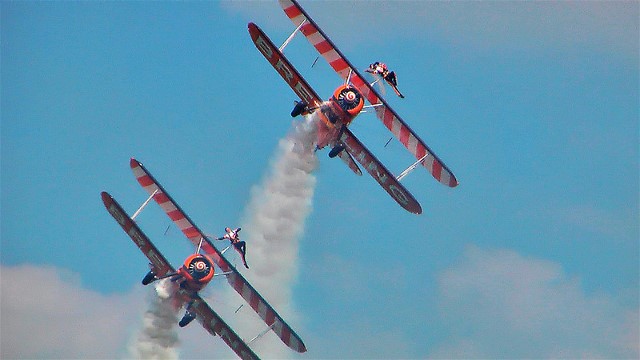 Off road racing is one of the most photograph-able of the action sports. The courses have “jumps” in them so when a credentialed photographer with access to much of the course wants trucks in the air, well he/she just positions themselves near jump. Well-done.  https://www.flickr.com/photos/alphaomega2/ 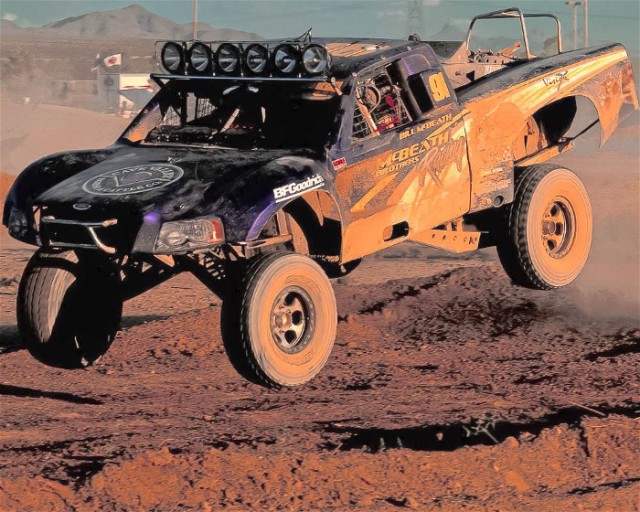 This is a horrifying scene, but I will venture a guess that the driver walked away. I say that because this nitro fuel (over 300mph in the quarter-mile) dragster is meant to break in two under heavy impact in order to dissipate energy. While the front end and wheels are long gone, notice that his legs are still inside of the sealed cockpit.  ABC News photo. 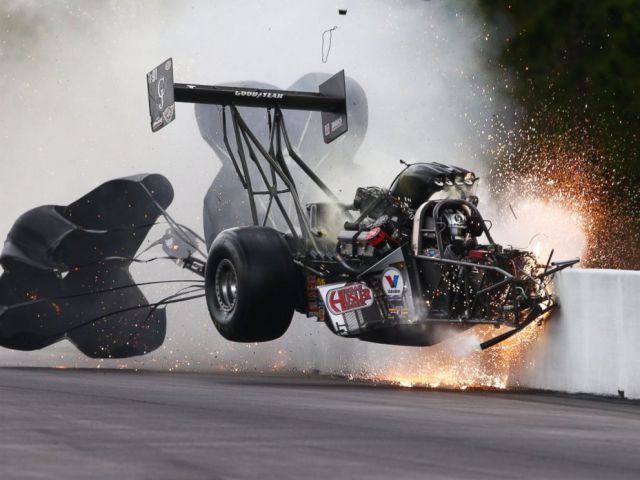 There is no question that being a racing photographer means photographing crashes. Like any photojournalist you make your pictures when it happens, and sort out the rights and wrongs of what to release after the fact.

Football is a physically violent sport. Photos of big hits in this sport are popular, but I love the poetic acrobatics of wide receivers and those who chase them. The first shot of Randall Cobb of the Green Bay Packers gives us a great look at the vertical leap of an excellent NFL player. This shot was likely made from the sidelines and from a fair distance with a telephoto lens. A monopod was likely employed as well. http://packersuniforms.blogspot.com/2012_12_01_archive.html

This next one takes us in close in order to examine the horizontal leap if you will. Don’t know if he made a first down or not but the photographer did a fine job of arresting motion in mid-air.  http://tr.eurosport.com/amerikan-futbolu/amerikan-futbolunda-cinayet-sorusturmasi_sto3811462/story.shtml

I truly do love the next two snow pictures.

This image is artful whether that was the intent of the image maker, or it just turned out that way. I love the composition here. This has all the look of a surfing picture, but the waves are waves of snow. The skier is cradled in front of that wave of snow. The com positional break between mountain and sky is perfect. There is a lot of contrast here but because the snow is white, it leaves detail in the shadows. Excellent!! Sadly I have no link for this image. 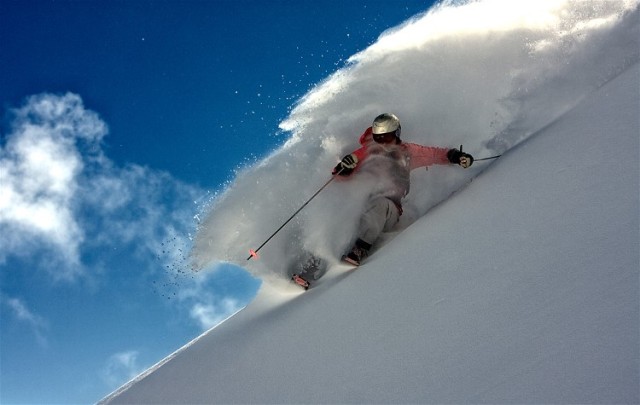 All action does not have to be fast, or violent. There is however, some  stop action of the ice being shredded by the climbing axe of the mountaineer. I love the spotlight of sun and how it merely graces the helmet and back of the climber. This photo is serene yet it is dripping with tension.

I must admit, I wonder where the photographer was when making this, and I get a little dizzy thinking about the possibilities. Another great shot.  https://www.pinterest.com/thesunskitchen/mountain-climbing/

Sharon Landis is one of my favorite birds of prey photographers. Her images are dripping in detail. I always have and always will love action bird pictures that are so tight, that some of the bird remains “off frame”. I feel like I am watching this happening from four feet away. As always Sharon, nice job.

I’ve always enjoyed action photography and in addition to car racing and wildlife action, I have photographed horse show jumping and speed events (horses again) at gymkhanas in Colorado. That is an Arapaho (I believe) word for such events as barrel racing and pole bending.

I know that as the years have passed here at Earth Images, I have written less and less about the technical aspects of image making. Even with articles like today’s where at the very least, shutter speed and aperture might seem helpful. Please remember that when I use other people’s imagery, I rarely know the specifics of the shot. Even if I share a photo I took, let’s say of a bird in action, would it help you to know that I made the picture with the camera set to 1/125th sec. at f4? Today I might make that shot at 1/2000th sec. at f11.

I think ( I could be wrong) that artistic thoughts and compositional observations are more important with what I am publishing in Earth Images presently. A little less instructive, but more though provoking. If I were showing night-time imagery and such, I can understand the point of “how to” make the picture would be significant. Frankly, too much tech writing makes jack a dull boy so to speak.