Getting to The Art of The Matter

Posted on November 20, 2015 by nelsonearthimages

What exactly is art, is a question that has been asked , and answered with no success, for centuries. What is photographic art, has been asked since the mid 1850s and there is no true answer to that question either.  Art is…..and always will be a matter of opinion. That is of course, is my opinion.

Almost every photograph ever made has somebody willing to call it art. We each have our own opinions. Just the same, some pictures evolve an art consensus over time. In other words, a lot of people share the opinion that this picture or that picture is in fact art. Below we have some pictures that have been considered art by many, and some that possibly only the photographer considers art.

On the surface, this picture of 20th Century Irish playwright Samuel Beckett made by Jane Brown, might be criticized by some for being a stand up vertical portrait made in the horizontal format. It seems a little uneasy because of the short distance for his head in the north to south directions. Critics of those observations might say, that’s one reason why it is art. Jane didn’t do what everybody would do. It is her interpretation. Point well taken. 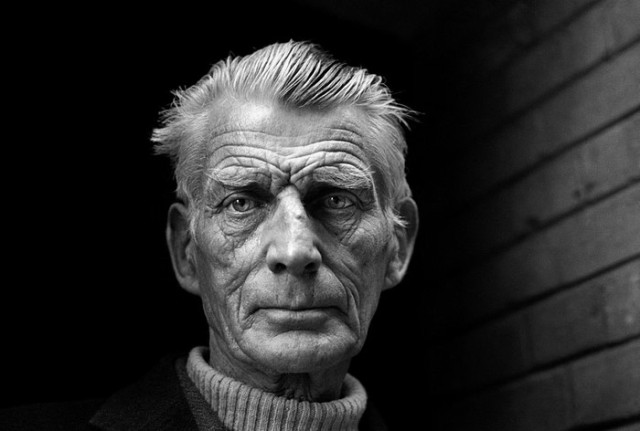 Our next image is that of Kalutra peasants and it was created in 1878 by Julia Margaret Cameron. I know this image has been digitized but even on its basic quality it has held up very well for all of those years. 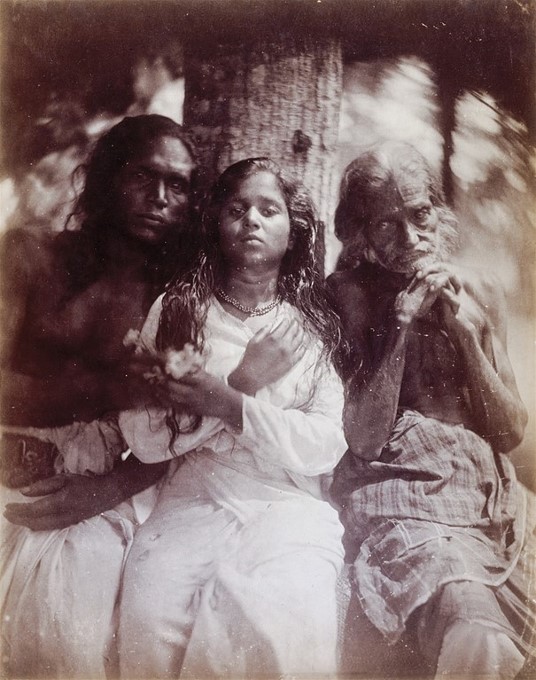 When a photographer creates an image that is posed, like in both of our first two pictures, can it be truly art? Does it need to have had the street photographer mindset for true art to ensue? I think not.

For me, art is generally decided by the finished image, and how I feel when I view it. I admit that I prefer images that are as natural as possible, but in the end the finished image and the message that it does or does not carry to me, is what decides art or not.

This 1956 photo of an image of a bus rider in Iowa, was made by Robert Frank. I like his composition here including the expression on the ladies face, and the real as well as the reflected images of those lights. Much of that was not under the control of the photographer, so does that mean it cannot be art. It is the opposite of the posed pictures. It is about taking what you find, making a quick composition and shooting.

This next shot by Laurie Rubin is powerful but somewhat contrived. We are sort of in between the previous extremes of posed, or just compose and snap pictures. The circumstances are created, but the action and light dictates a lot of work and vision by the photographer. I am guessing that a lot of contrast has been added here after the fact, in an effort to create drama. I think it is successful but is it art? Of course, it is a matter of opinion.

Gary Crabbe creates a lot of artful images. In this shot he has exploited the circumstances under which, and location from which, this picture was created. He has (once again) added contrast to an already contrasty scene and made a very monochromatic image from a multi color scene. I really like this picture, mainly because his use of shadows with light, is right in my wheelhouse for powerful photography.

People ( as a subject) can add a measure to a photograph that not even a cute, anthropomorphized animal can. We are human beings, and sometimes only one of our own can really finish off a picture. I love the color bias and the composition in this picture. This picture is both lonely and cheerful (for me) at the same time. This farmer has no friends, but he has his donkey and he is on the road to someplace. This is my favorite image in today’s post and Fabian Pampa created it. 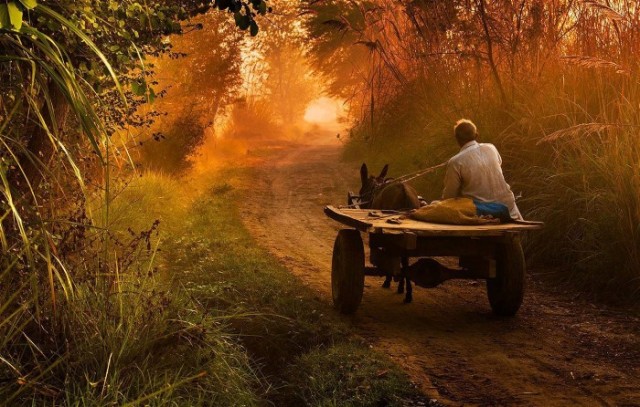 The question of what is art and what is not can never be answered. Just the same, I keep asking the question and searching for answers. That’s really what life is all about. Just like the farmer in our final picture, I (and you) will continue my (your) journey and stay on the road until we get to where we hopefully, were always meant to go.

We are currently heading into the holiday season. Thanksgiving, Christmas and News Years come at you in a hurry, but many warm family memories will be created. I have my own fond memories of the holidays as a child and like most kids, Christmas was my favorite. Presents and festivities aside, the one thing I never had to worry about was how full my belly was. No kid should go hungry any time of the year but I cannot even imagine not having enough to eat on Thanksgiving or Christmas.