Posted on November 2, 2014 by nelsonearthimages

I was once a member of the Professional Photographers of America. I never really saw a benefit. When it comes to camaraderie, or sharing photo/business info, I did that without belonging to an organization. I have never belonged to a camera club. I have spoken and shared images at some really nice clubs over the years, but once again I wasn’t a joiner. I think the friendship gained there can be invaluable, but I never really warmed up to the camera club style of competitions.

I have never belonged to NANPA the North American Nature Photography Association. This despite the fact that some of my ideas and concerns were offered (by request) during its formation. My fear was that they would quickly get away from their stated purpose which was to through kinship with editors and art directors, increase the wages of the nature stock photographer, and to create a basic set of ethics in and out of the field, such as making sure we call a captive animal captive when we make submissions, be kind and courteous while in the field to wildlife, the land, other photographers and private property owners. Those things quickly became minor considerations as they preferred to become a political action group instead. I did suggest they might separate those two things into two groups that were related, but will pursue each agenda completely separate. Alas as always, politics wins out. I have always been happy not to be a member.

In the past I have been a member of (non-photographer) unions as well. I was never really comfortable being forced to follow a contract designed for thousands. One size fits all. The bad are good and the good are bad. Win, lose or draw, and I’ve done all three, I was meant to try things my way. The willingness to take responsibility for your failures is a big part of that, and not the easiest part. Each and every journey has its punishments and rewards.

Well, old pictures of birds anyway. Of course, if any of these birds is still alive, they certainly are old.

Today’s images have all been shown a long, long, time ago. Most were not of the quality to keep showing them over and over. Just the same they are interesting birds.

The Greater Roadrunner is a funny bird. Not just on those cartoons with Wily Coyote, but in real life. This fellow would not display its crest, and only made one quick run to live up to its name. Just the same, great poses abound.

This first shot is as traditional as it gets, but it wasn’t long before the “performance art” of the Roadrunner took over. 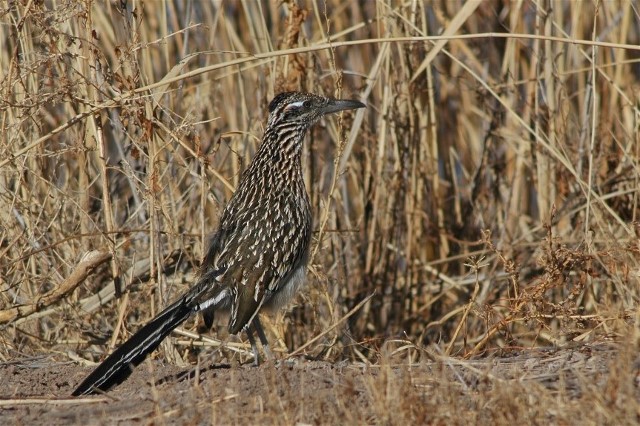 Time to live up to his namesake. 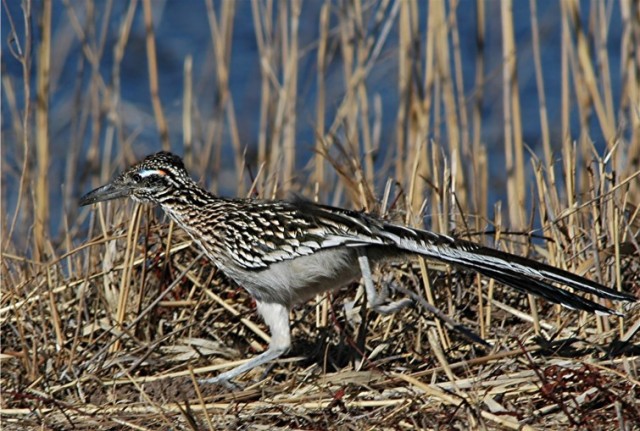 In the first of these two, he seems to be pleading with someone or something, and in the second, I finally I got to find out what he really thinks of me. 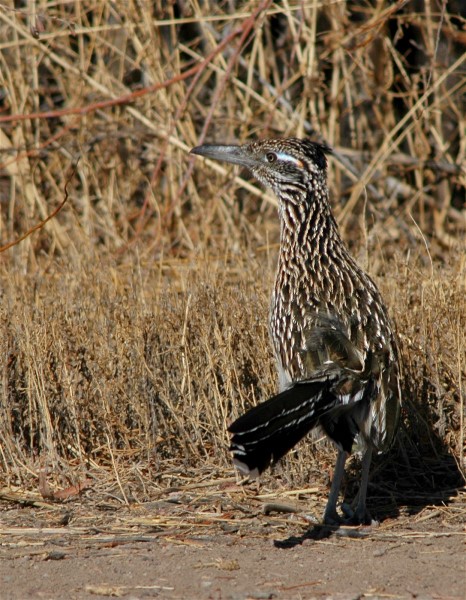 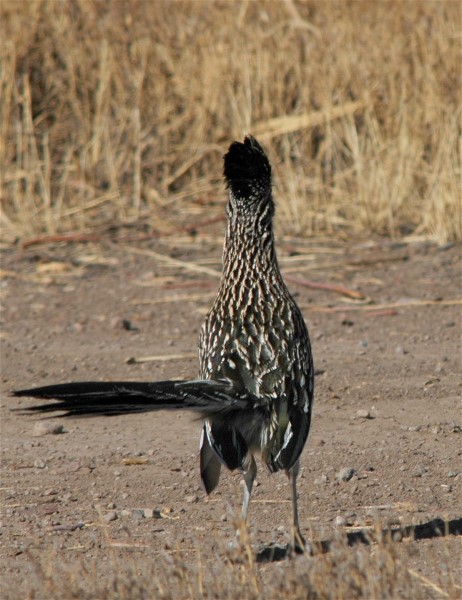 This shot of Snow Geese crossing in front of some nearby mountains, was also made that same day.

The above pictures were made at one of America’s best know national wildlife refuges, Bosque del Apache, New Mexico in 2006. I have been there four times and really only one stop in 2005 provided me with a great variety of birds and other subjects. Still this morning is one that felt good, and lingers in my memory even today. It was as life should be. Wandering nature by car and on foot. Never knowing what’s around the corner. Grasslands, desert and mountains all in one place. The human population was very scarce on this day, yet the few people I met still live in the deep resources of my mind. Some days, life is stunningly good..

A friend and I found these American Avocets on a 2005 trip to Bosque. This was a very productive trip. 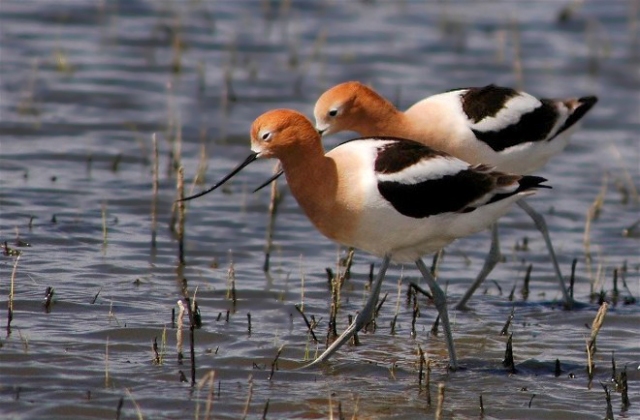 The images below were made in my home state of Wisconsin. There was a variety of hawks that day but I had only one opportunity with this male Northern Harrier. This is one species of hawk where the sexes are clearly different. These steel-gray males are unique in their coloration. I caught this guy in extreme sidelight as it dove for a vole, and left town with his mid-day lunch. 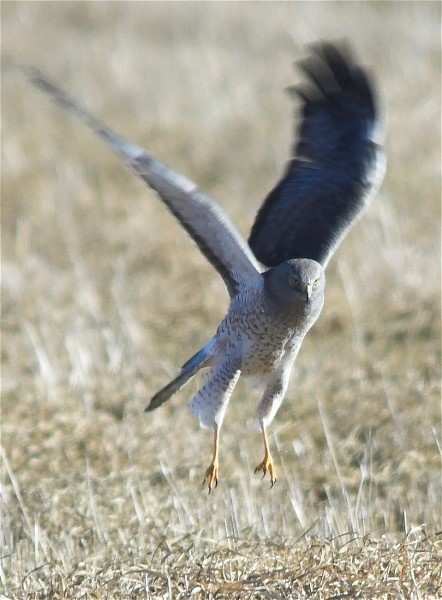 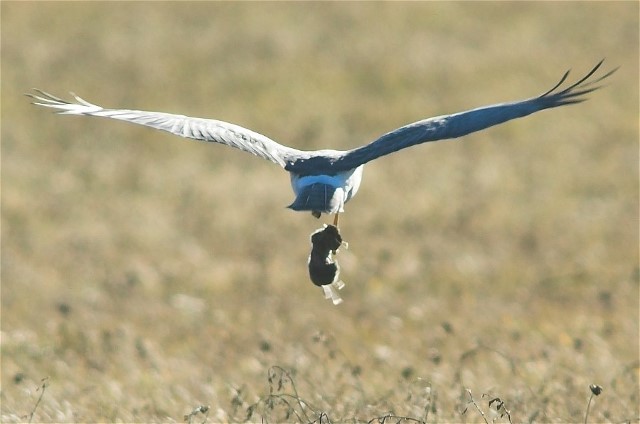 Like most wildlife photographers in North America, my specialty when working with the common Red-tailed Hawk, is close-ups. Just the same, with all animals, I search for habitat shots whenever possible. A tree is the most common habitat for this species, so I just waited it out until the bird burst into flight. It signaled its intentions by “lightening its load” just before lift off. 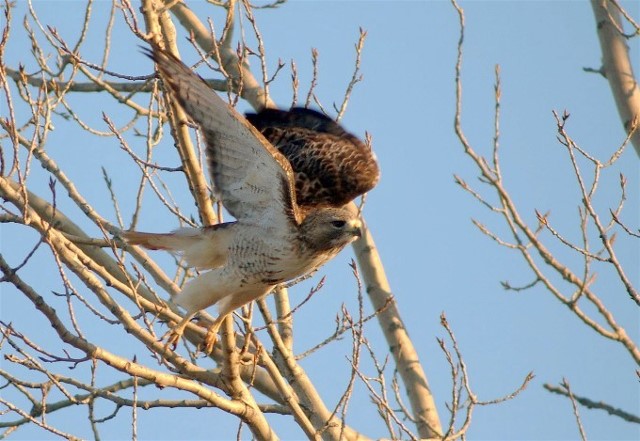