Posted on October 7, 2014 by nelsonearthimages

I love shorebirds and Phalaropes (Wilson here) are among my favorites. I have never seen them when they were not posing like a fully paid model. This shot was made in Wisconsin in 2007. I noticed in my exif data that I had my aperture priority set at + 0.3. My normal starting exposure for wildlife would be -0.3. I like looking at old pictures and understanding why I did what I did. Adding 2/3rds of a stop of light would indicate that my meter was being fooled into under exposure do to a bright spot. A sunny day on the water with a lot of white showing in the bird? Every serious photographer should always be trying to understand why, even if it is a photo from 7 years ago. 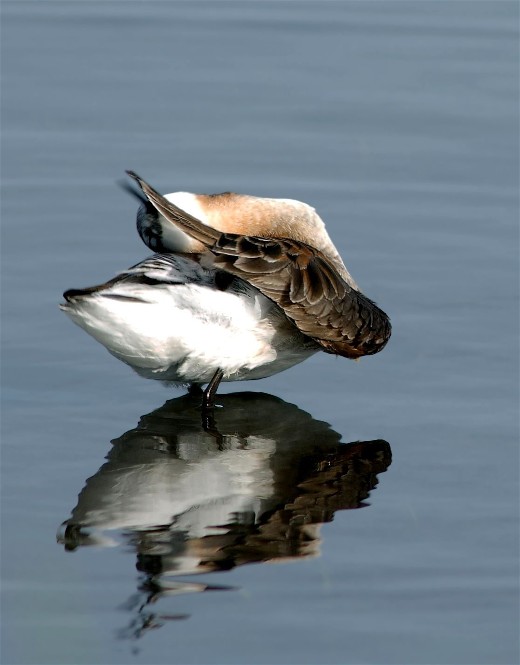 The above statement holds true not only for tech stuff, but composition and other artistic considerations. Why did I (or somebody else) do that?

Mule or deer?  I caught this handsome Mule Deer with some “chaw” in his mouth back in 2006, in Yellowstone N.P.  Whenever we found Mule Deer in Yellowstone my shooting buddy and I were usually the only ones making pictures.  In fact, most photographers ignored Pronghorn, coyote and more.  It seems that Elk, Moose, bear, bison and wolves are what everyone wants when they travel to Yellowstone.  I have always photographed everything I could find.  In Yellowstone I found landscapes, macros and even abstracts, in addition to a variety of wildlife.  I am grateful that I did because it was to be my final trip to Yellowstone. 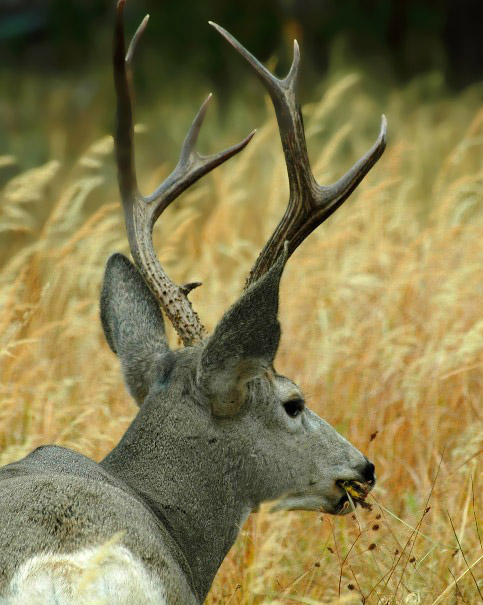 I vaguely remember making this 2009 picture of a Sandhill Crane. As it preened I kept seeing further “into” the bird. I ceased to make pictures of a crane preening and began to see shapes and colors. That doesn’t seem like a big thing but it pays to remember that wildlife photography can be more than a natural history lesson. Visual stimulating pictures of wildlife, will eventually take you back to the animal and its behavior. That’s a good reason to think of wild animals as both art, and living things with a story to tell.

Below the crane, we see another artful bird, the Great Egret. 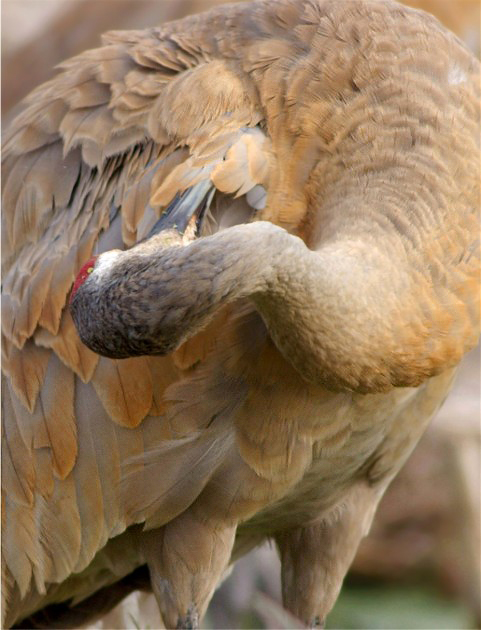 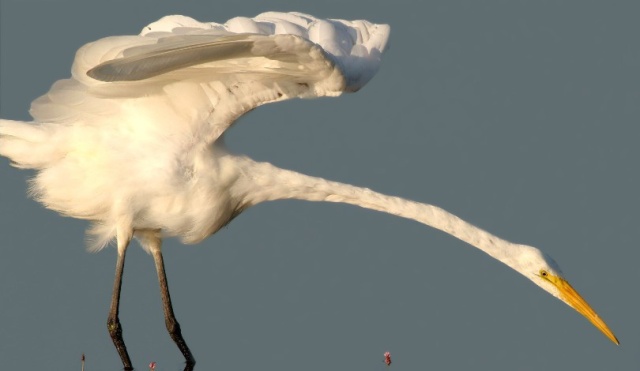 Among my favorite wildlife subjects are turtles. Much like my Mule Deer picture this 2008 image of a Painted Turtle was taken at a somewhat odd angle. I like odd angles. They don’t always work but often those unique views will cause future viewers to look at a subject longer. They wonder about what isn’t showing on the animal as well as enjoying what is. They also wonder about your experience of finding and photographing, in this case a turtle. 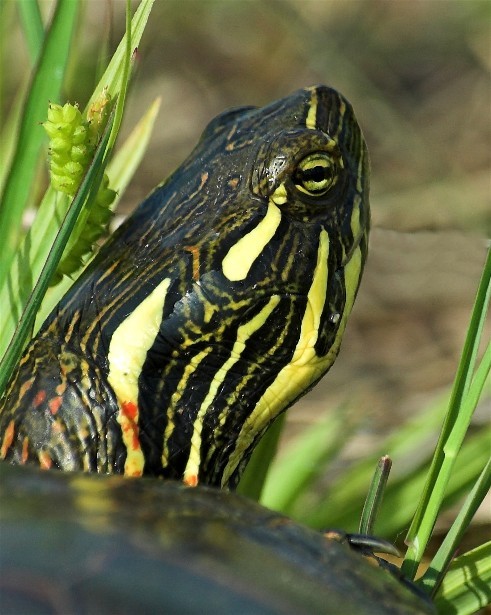 Much like the Killdeer, the Wilson’s Snipe is a shorebird that spends a fair amount of time away from water. Along with the Upland Sandpiper they also have a propensity for perching on signs and fence posts. Like most shorebirds they also spend a lot of time balancing on one leg. This bird stood on one leg so long that I began to think it only had one leg. Eventually it flew off and the other leg became visible. Fooled again. I snapped this shot at Bong State Rec,. Area here in Wisconsin. Bong is a great location for snipe. 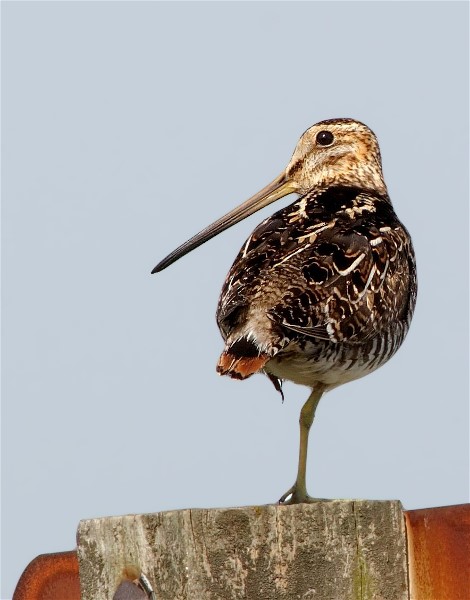 I made this image of an immature Black-crowned Night heron in June of 2009. Really when you think of it, June is pretty early for a migratory bird to be grown up and on its own. It will be next year before he develops the distinctive black and creamy yellow plumage of an adult. These birds are so naïve at this age. It was more interested in me than I was about it. It had no fear whatsoever and was doing a terrible job of hunting. It makes me wonder how they survive but this is a very successful species. 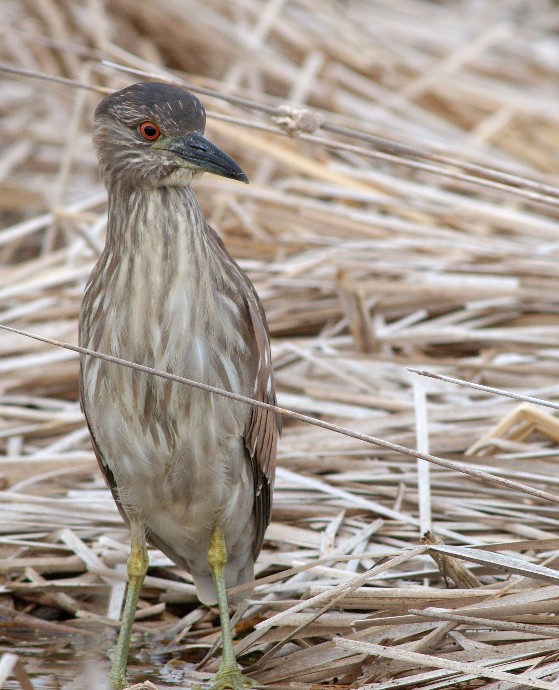 I’ve said many times that small mammals are my favorite wildlife subject, and I have spent more time with the Thirteen-lined Ground Squirrel than any other. They never fail to present me with a great pose or action. I made this shot in 2008 and as usual, I thanked both God and my subject, and was on my way.

Notice that there is very contrasty light here, but it actually makes the picture more appealing with the sun is “just” making its way to the critters face. My multi segmented aperture priority setting worked perfectly to blend this exposure. I shot this image with no exposure compensation. 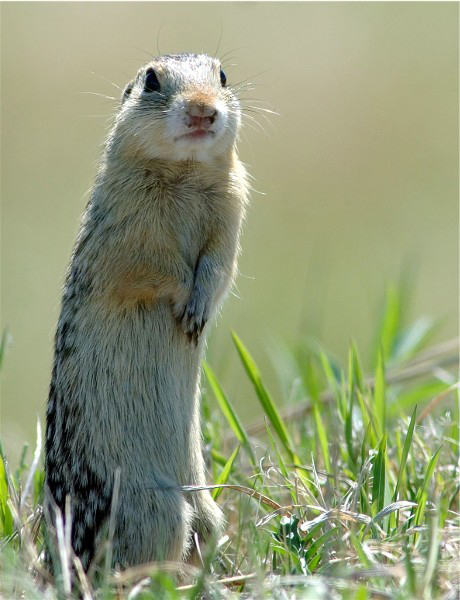 I know I’ve shown today’s (or one like it) parting image before, but one of my favorite days as a photographer was spent with Marmots and Pikas. I waited almost fifteen years to get my first Pika images. When it finally happened they did not disappoint me. I made this shot at above 12,000 feet in Rocky Mt. N.P. 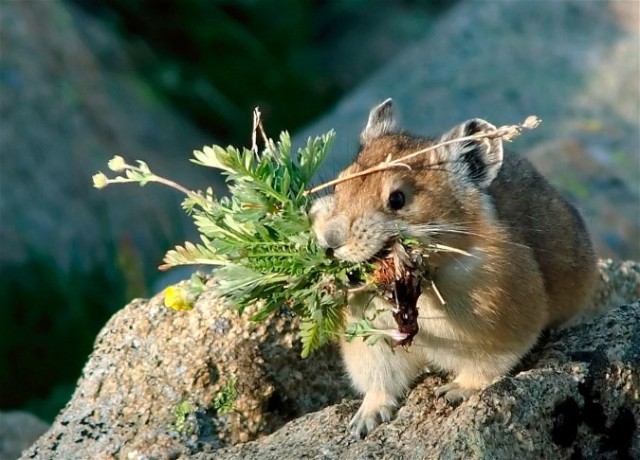 I don’t know how any photographer can resist photographing wildlife. If I was a studio or model photographer, I would still spend time making pictures of wild animals. If I couldn’t afford a long lens I would make distant environmental/animal shots. It’s good for the soul. I tried to put my subjects ahead of my own needs/wants, and would hope for everyone to do the same.

When I look around at all of the equipment and software advances in photography currently available, sometimes I feel sorry for today’s struggling photographers. I, like many image makers, had those tough choices to make when I was a working full time (and part time) pro. What to get next?

I was very adamant about having great lenses, filters, and film. Great film and processing that is. In those film days, I saw no real benefit from having the absolute top notch camera bodies, as camera bodies were mainly a vehicle to transport film. I generally had old dilapidated camera bags. Camera bags don’t translate to good pictures. In many cases their purpose is opulence and ego, although, if you are a pro who garners your money from other sources, there is no reason not to have the best. I did have some great suitcase style hard cases because they were how I transported my equipment. It was rare that anybody but myself saw them. I have had good tripods but not always the best. Decisions, decisions.

Autumn is rushing upon us here in the Upper Midwest. This is my favorite time of year. A reason to celebrate being a photographer, or just human. In 2000 I returned to my roots and began camping during my photo excursions to the northland. I stopped camping in the 1980s because it was too time consuming. While I was putting up and taking down, I could have been scouting or making pictures. I was building my stock files. In 2000 I decided I had a lot of images, and it was time to get back to the true outdoor life I loved so much. I still made my pix, but anywhere from 2-6 times per trip, I lived the life I loved. I have spent the night in wilderness camp grounds, and special “deep” wilderness campsites away from human interaction. Plenty of birds and critters, and me and the wind rustling through the autumn leaves. Occasionally there would one other camp site being used, and a new friend was made. The best of all worlds.

I love mood and atmosphere and there is no season like this one to fulfill that need. Get out and make pictures and enjoy yourself. There are grand and intimate landscapes, tiny detailed macros, uncountable abstracts, and great wildlife pictures to be made. It’s happening right now.

This image was made deep in the Nicolet National Forest, Wisconsin. 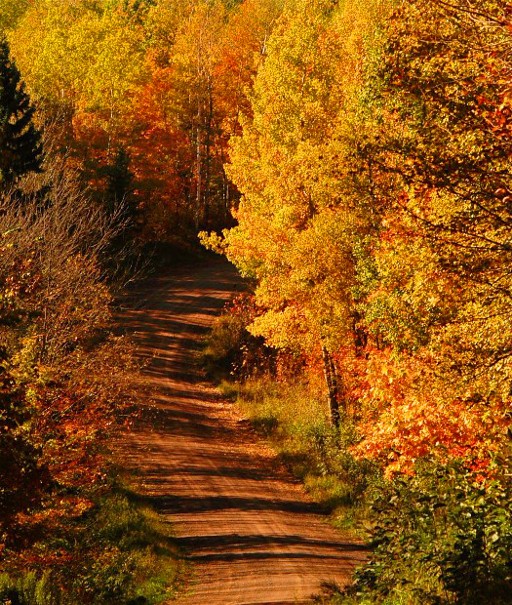