Another Day at The Office

Posted on March 26, 2014 by nelsonearthimages

When I used to head out into the predawn darkness for another day in the field, I would give thanks that for me, a day at the office was something very special. Unless you’ve worked a variety of traditional of jobs in your life, I don’t think you can relate to just how special it is to work out-of-doors and in nature, while doing something you love.

If some (or all) of you find a quaint little blue frame around today’s pictures, it is not my idea. They just started appearing whether I wanted them or not. Over the years of producing this blog many strange things like this have happened. Of course if I wanted blue frames I would have created them myself. If you don’t see any blue frames, and that wouldn’t surprise me either, than kindly disregard this paragraph.

Marcel van Balkom is the creator of this powerful image of rocks and water. It is a favorite subject of mine and I think I like this one a lot because it isn’t dripping in color like so many images of this type tend to be. Variety is the spice of life.

This shot of a Dipper “at the edge” was made by superb wildlife photographer Richard Steele.

When I look for land/seascapes with a mood, I turn to Seth Resnick. This shot was made during an Iceland workshop that Seth was teaching.

I believe this is a Great Crested Grebe. The image belongs to Thomas Reich. There is nothing like a super close-up and this one was made from a floating blind/hide.

As I have in the past I turn to Guy Tal for a picture with a different sort of feel. I think this shot was a great choice for a b&w conversion.

Lately I have been going to Suzanne Mathia for a lot of the non-nature shots that I show here at Earth Images. She is a fine photographer of naturescapes but I have been enjoying her images of manmade subjects such as this old Pacific Ocean pier.

Let’s start with three wildlife images. They are similar in that they feature single animals in very simple vertical poses.

The female Red-winged Blackbird (top) and the Dark-eyed Junco pictures below are the same yet quite different. The Red-wing image is isolated from any distractions in it’s background, just as is the Junco. The difference is the soft gentle feeling of the top picture. Weak but pretty colors that only compliment the bird are part and parcel to the picture. The Junco jumps out from the shadowed background instead of blending in. You can tell how harsh the sun is by the lighting that occurs on this otherwise dark bird. I like both images equally but I would imagine most viewers will prefer the Red-winged Blackbird.

This White-tailed Prairie Dog is in a more complex environment than our two birds, yet non-competing colors and shallow depth of field gives the image a similar feel to it as the bird pictures.

I’ve discussed this subject and used this image as an illustration before. What do you do when you only have one day to devote to a legendary photography location? At a place like Monument Valley Utah/Arizona sunrise and sunset should be great and also storms can make for amazing pictures. Overcast gray light will produce bad skies but it will saturate the rock forms and create beautiful color drenched images. I was fortunate to have all of those circumstances on my day at MV. There was however mid day. I was in no way going to quit making pictures in mid day. I searched out the less iconic and therefore less photographed locations. I took care as to what direction the light was coming from, and whether or not I could hold some detail in the shadows. When I am fortunate enough ( I was here) to photograph in the last color dripping rays of the day, I enjoy shadows that produce nothing but black, but in mid day the contrast levels with shadows can make for pictures that are merely confusing to the eye. In other words, I avoided deep shadows when possible. Finding a few desert flowers helped.

When to use black & white and when not to, is a subject most photographers deal with. I like b&w with old architecture. This image was carefully composed to exclude the blank sky, and to sandwich the two buildings that you see. I showed only what I wanted show….of course. 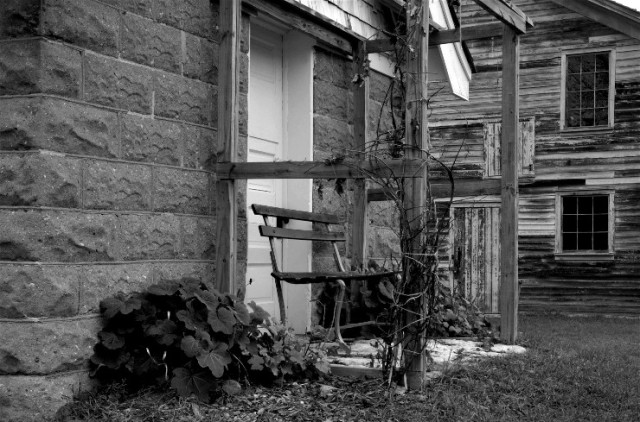 I have always enjoyed this image of a Whitetail doe and fawn. I like the light and the pose. I know that there could be some flowers growing at the just the right spot, and the fawn would be nicer if it actually had spots, but sometimes you just take what you get. 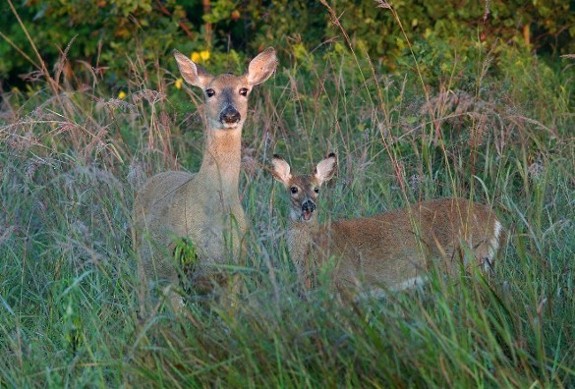 Let’s finish with a female Hooded Merganser. She was in the process of looking for food and she wound up with a crab breakfast for her efforts. I thanked her and headed for home. 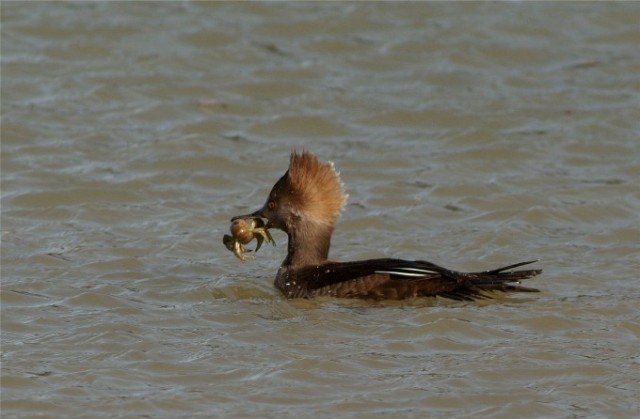 I’m glad you stopped to visit, and please do so again,  Wayne