Posted on February 15, 2014 by nelsonearthimages

The images below show the Seventeen Year Periodical Cicada, and from where it came. The Cicada you see has just “escaped” from its outer shell after spending 17 years residing beneath the ground living off the roots of a tree.  My first attempt to photograph this phenomenon had to be aborted do to personal issues, so 17 years later I crossed Wisconsin to make sure I succeeded.   Waiting yet another 17 years for the next group, seemed like a bad plan.

Nature often provides photographers with all of the compositional tools we need to make easy, but compelling pictures.  As I approached these tiny white flowers, I wondered how I could create a composition that did them justice. The flowers were in the midst of a variety of weeds and flowers. I found one angle on one flower that produced a clean background. Clean but with soft variations of color and tone. While I was peering through the viewfinder admiring the background I finally looked at the plant itself.  There is was. The leaves created a perfect frame for the blossoms. I made one very small adjustment to the position of my tripod and all was good. Initially I looked at the whole scene as confusion and wondered if there was even a picture there.  Ma Nature must have known I was coming. 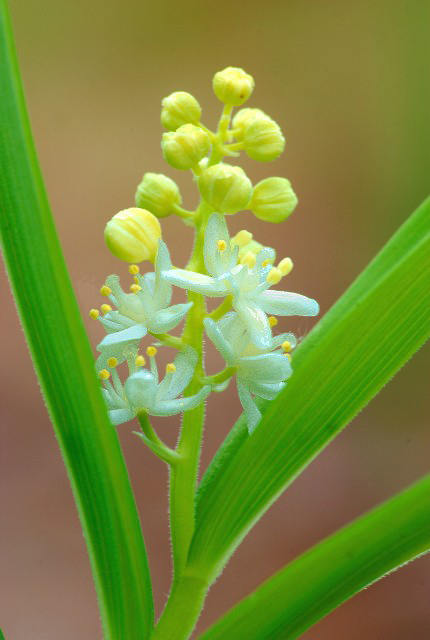 To me photographing autumn means a lot of different things.  One of those things has been (since about 1978) making close-up images of fallen leaves.  I loved the shocking colors of this leaf.  I composed the veins carefully but they are not very striking or even noticeable on this leaf. I found that the small black spots actually added some visual stimulation to my image. Once again nature aids the photographer. 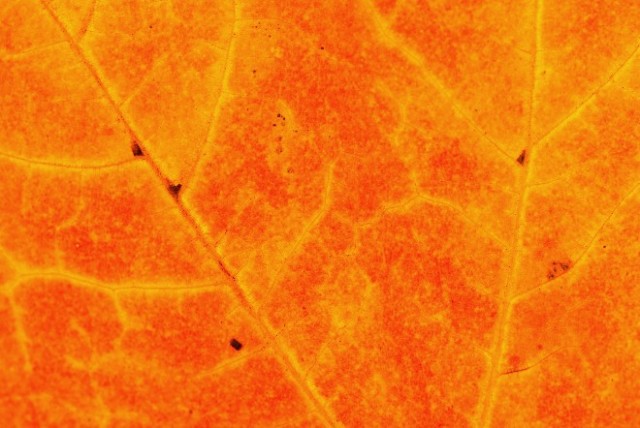 A photograph often does not divulge the size of the subject.  This picture looks a lot like it is made up of the branches of some sort of coniferous tree.  The truth is this a macro of some moss. It was made with my 105 Micro at an effective aperture of f 40.  While the length of the moss blades are actually very short, at this close focusing distance with f 40, they appear more like tree branches.  If I would have wanted to illustrate how tiny this plant is, I would have looked for some moss with an Acorn or a flower petal on it.  Another possibility would be to use my own hand or foot in the photo to show the relative size of the moss.

The great thing about photography is it can be used to reveal secrets or to keep them hidden, it is up to the photographer.

A few posts back I showed you an image of a Tree Cricket. They have a humorous but friendly look with their Lime Green color and big eyes. Its cousin the Filed Cricket has a much more ominous look. This one died a few moments after I took the picture as it had been literally eaten by what I assume are wasp aphids.  There is no end to the number of stories of nature, that can be told by the observant photographer.

I’ve shown this picture of a gull feather before. It is a favorite of mine. With millions of photographers making great pictures today I hope there will always be room for simple, elegant images that are bathed in the truth.  The red morning sun combined with this white feather to make it a delicate shade of pink. Nothing was created in the editing process.  The texture is provided by sidelight. This image says much about the color of light. 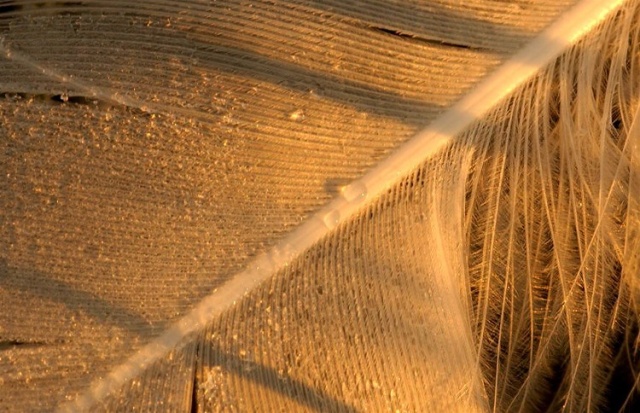 So many stories to tell.  Nature creates the art, we recognize it, and then we share what we’ve found after adding out own interpretation.

I will feature the work of photographers other than myself in my next post.