Posted on November 6, 2013 by nelsonearthimages

I’ve shown a lot of fox photos on this blog.  Every so often I like to dig a little deeper and show the photos that are less pretty or cute. These pictures of an adult male Red Fox, are in fact in the order in which they were shot.  A sequence does not necessarily mean a series of shots that are all vertical or horizontal and all at the same distance or crop.  When I would submit a sequence to a photo editor I would always mix horizontal and vertical, and I would often include pictures that were closer and farther away.  That became easier during the digital era as I would simply crop when necessary.  While a high-speed action sequence may include four identical pictures in format, a pictorial style sequence should be more visually interesting. 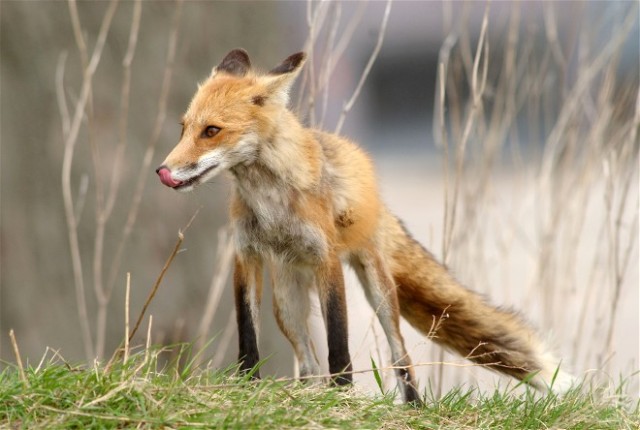 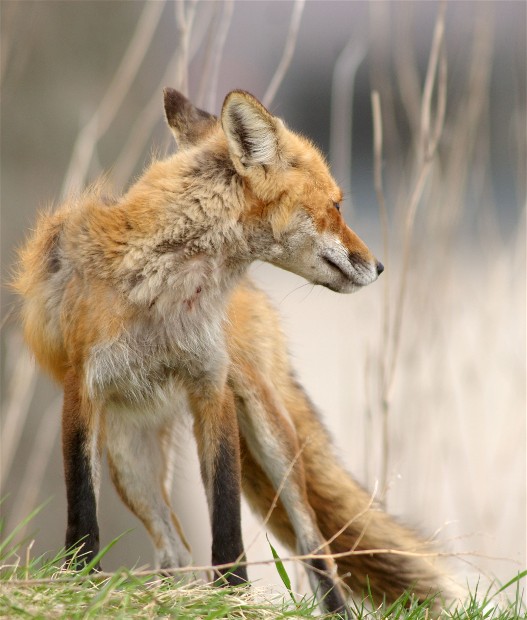 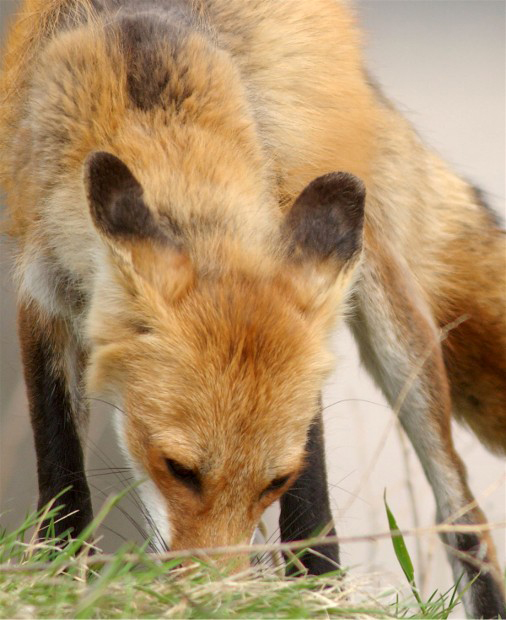 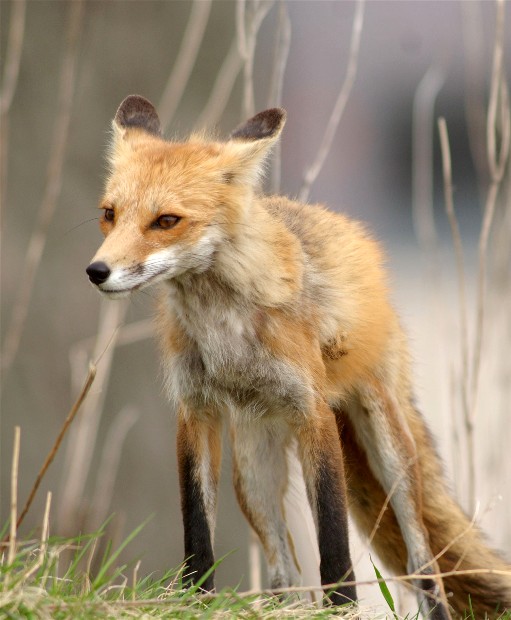 Hello!  Nothing much to say here, just an immature Black-crowned Night Heron watching me, while I watch him.  Those of you from around here will recognize that metal railing from Horicon Marsh. I made my first images on Federal Dike Rd. in the late 1980s and my first images from Hwy 49 in 1971.  Those 1971 images were semi abstract black and whites of Canada Geese flying over the road.  How many wildlife photographers do you know that began with abstract black and whites and moved on to more literal wildlife images?   We all grow in different directions. 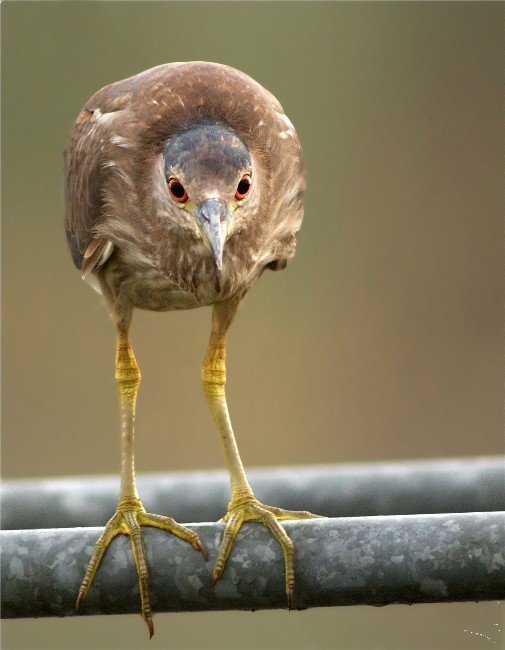 This is an old subject for me. My first nature macros were made in the 1970s with my Canon 35mm camera and a straight 100mm prime lens alng with 100mm of extension tubes.  My first insect macro was a bee on a pollen laden flower. I never stopped making those sort of pictures.  This digital original was made with Nikon equipment, a Bogen tripod, and a Nikon 300mm macro lens. My settings were 1/60th sec., F 20 at 200 ISO.  Long after I have gone on to my reward (well, hopefully reward), I will have visions of insects and other macro subjects running through my mind. 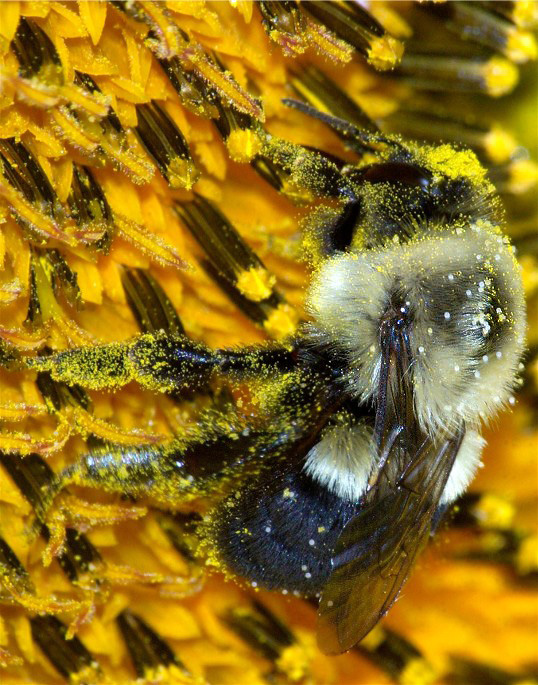 While photographers do have what is called a “correct exposure” to work with, there is room for interpretation with different scenes.  This is Morgan Creek, deep in Wisconsin’s Chequamegon National Forest and I opted for a bit of under exposure.  This scene quickly became more of a composition of lights and darks for me.  This shot is enough of a personal statement for it not to be suitable for calendar or magazine use. 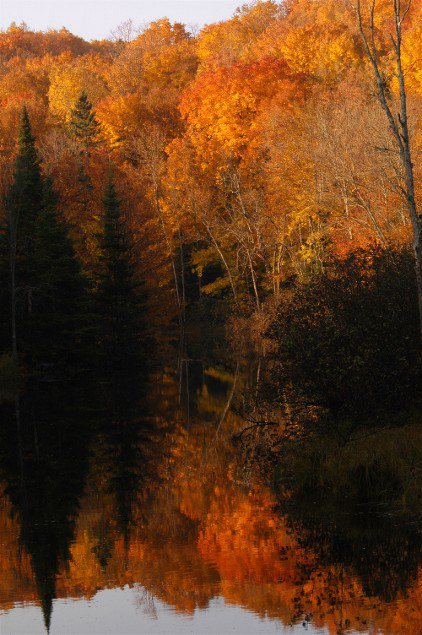 Autumn with a touch of spring?  Not quite, but I love the vibrant green that invades this fall scene from the left. Color contrasts can also be seasonal contrasts.  Look at contrast as a type of conflict.  The right kind of conflict can be good in photographs. 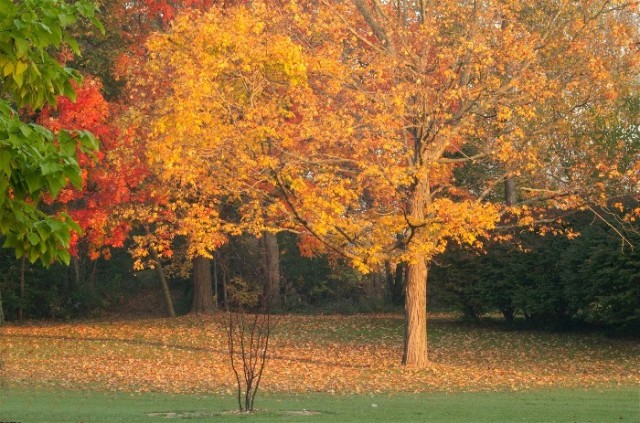 Just a couple of more examples of how I enjoy layering tones and colors during the autumn season.   This first shot is in the Jim Bridger Wilderness in the shadow of Wyoming’s Grand Teton Mountains and the second is from southern Wisconsin. 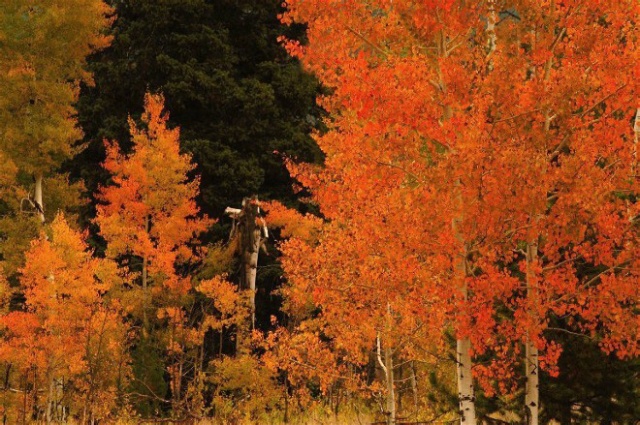 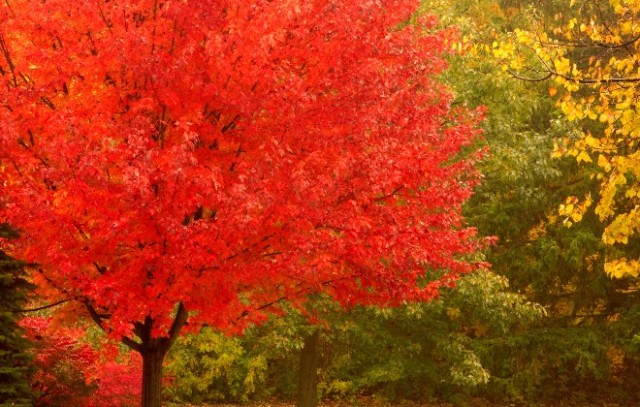 Awakening.  This shot was made after waking up in a tent on a crisp fall morning in Wisconsin’s Northwood’s.  God blesses morning like this. 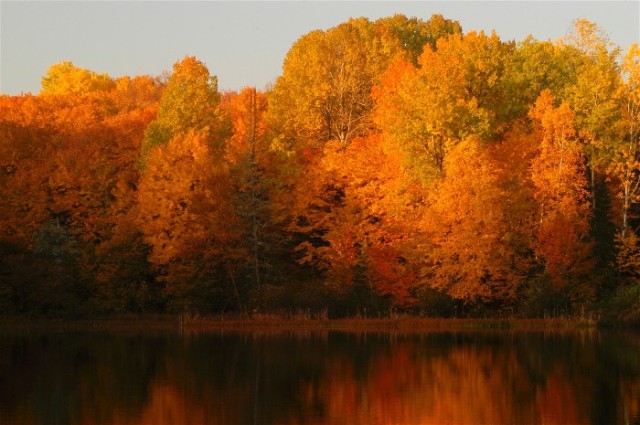 The art of the wildlife silhouette is one that is practiced by few. I once knew a bird photographer who hated them. “No detail” I was told. Today that same photographer creates imagery that would be considered fairly extreme by most other photographers do to its unique viewpoint. We all have to travel our own paths.

Simplicity in design and elegance is what gives the animal silhouette its power.  The shape can be highly recognizable or unusual.  I was especially attracted to the wake that followed this duck. That wake combines with the serenity that is natural to the scene, with some implied motion.  My biggest chore was getting at an angle that showed the head and neck in a such a way, that any future viewers, would indeed know that this is a duck. 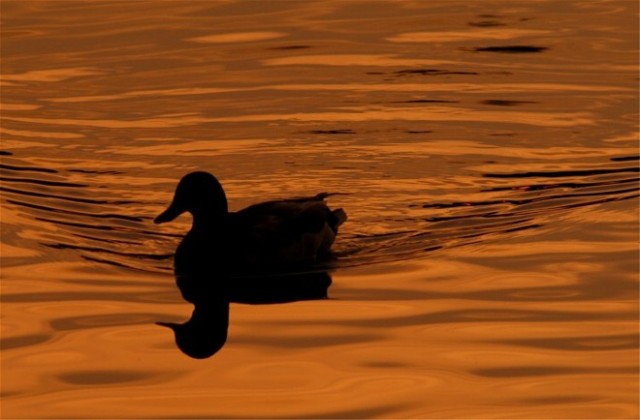 When I am out photographing a sunrise/sunset it is not at all unusual for me to turn the camera towards any reflections of the sunrise, or to only the sky.  Sometimes  the colors and patterns in the sky are more powerful without land forms to distract.  As a stock photographer I learned that music CDs often use images like the one below for their covers. 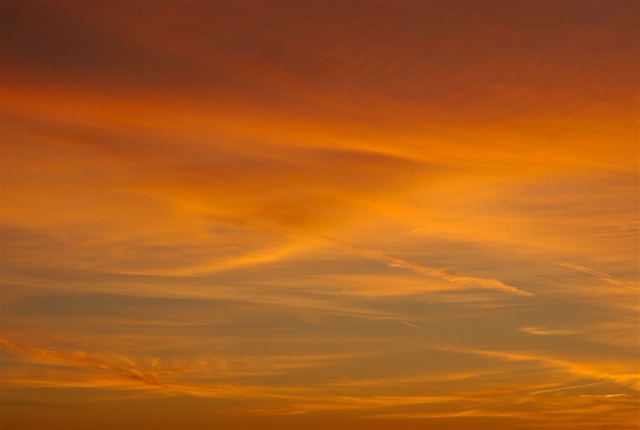 Abstracting images helps (my opinion) a photographer to develop their sense of design, it helps them to perceive colors, and will aid in the composition of more conventional imagery. That being said, you do not need to make abstracts to put your own personal vision to good use. There is an artist living in everyone and when you make your decisions on subject and composition you are putting your personal signature on that image. Being different is a wonderful thing, but don‘t make that your goal. Do what you have to do and let the chips fall where they may.

This blog always surprises me.  I try to remain somewhat current in my posts by commenting on the equipment, trends, and photographers of today. Strangely (to me) those are not the most popular or the most revisited articles. They continue to be the “how to” subjects of photography, and a lot of posts that contain a bunch of my old images.  While those facts touch my heart, nobody can….or should live in the past.  The concept of me, yet one more time, sharing a bunch of old pictures and stories, is wearing thin on me as I am sure it is on you.  In the days ahead I will try to make a decision on what to do with Earth Images.  There will be no more current images from me, so maybe a new blog that contains only the current work of other photographers?  Maybe I will delete the 500+ posts on Earth Images and start over with a photography/art blog that has all guest writers?  Maybe a new blog by me that has nothing  to do with photography? There is no end to the subjects which interest me, and possibly it is time for me to say goodbye to photography all together? I don’t yet have the answer, but what I have been doing is old and getting older for me and for you.