Filling in The Gaps

A big part of all creative endeavors, is about “filling in the gaps”.

Ideas, concepts, visions, can come easily. Whether you are going to remodel your living room, write the music for a song, paint your car, write a novel, or create a portfolio of photographs, you find yourself at some point, to have unseemly gaps which ruin the entire endeavor.

Crafts, arts, writing or any other process of creating, will have many gaps before the work is complete.  Fixing that can be the most difficult, and in many ways, the most creatively oriented, part of what you are doing.

Ideas pop into my brain all the time. Sometimes they are partial and even primitive. I believe that to be common with all of us. There is usually a portion of those ideas, that will become mature with a little filling in of the gaps.

Photography is a endeavor that if you are like me, often leaves gaps. Telling a story with images, is best done once we have filled in the gaps.

The ice close-up below was made many, many years ago, with film. I used daylight balanced film with no filters. Today, one would use a digital camera with a daylight white balance instead of shade, and you would get these results. The cold  morning, deep in the shade, gives an artful but not truly honest rendition. Our eyes adjust for these conditions somewhat.

I have digitally removed the blue cast for the image below. Whichever one you look at as truthful or not, the whole story of what happens in the shade when we view subjects with our eyes, could not be told without me “filling in the blanks”, so to speak. 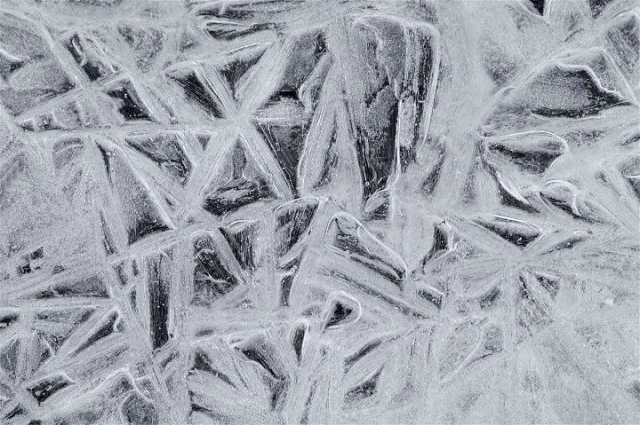 Below is another old film image and once again, ice plays a roll. I was immediately interested in the icy grass and did what I could to give equal credence to both the ice and the grass. 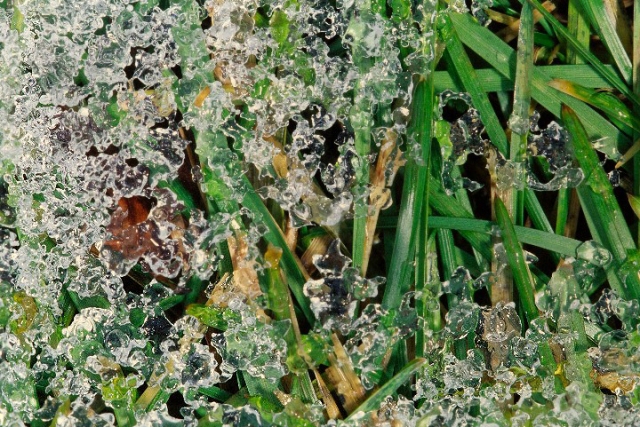 As I examined this area more closely with my naked eyes, I found colors and details that I missed in the “big picture”, which was also a macro.

It would be a shame to have left a gap. 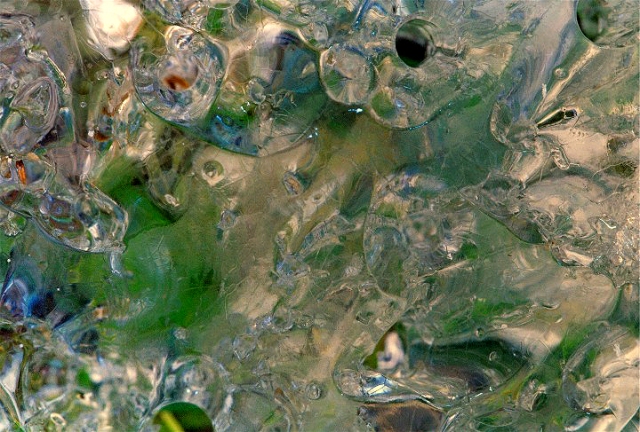 Sometimes what you feel when you look at an image, can be modified or altered by simply turning the camera 90 degrees.

Vertical or horizontal is a question photographers have been asking themselves since the advent of the medium. Why not fill in the gaps and do both?

There is nothing I enjoyed more than arriving at a brand new landscape location, good and early. Then I would wander and document, artistically when possible, all that I might find.

Big Bend N.P. Texas, is a diverse location. I spent one day there from sun up till sun down, and try as I might, I could not come close to capturing everything it had to offer. I did what I could and settled for what I saw and what I felt, and moved on down the road.

Below are just a few images from that day, minus the few wildlife images I made.

I drove all night through the west Texas desert and low level mountains, and made it into the park just in time to capture some mountains in front of the pre-horizon sun. 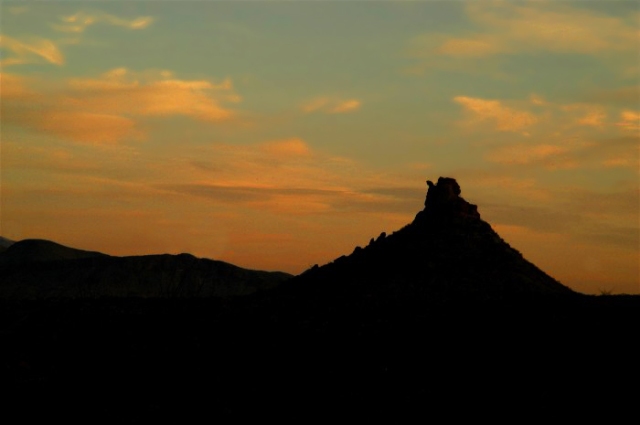 As the day wore on.

The sun came back out. I loved experiencing varied lighting conditions at a given location when I only had one day to be there.

The Maroon Bells/Maroon Lake in Colorado is an iconic location for image making, but those mountains and the lake are pretty much the whole subject.

I began with reflections shortly after sunrise, and then incorporated a rock and some wildflowers (really weed flowers) and finished with a pure reflection.

Even when only at one location, it takes some consideration to fill in the gaps.

Varying  views, or just getting closer, always gives viewers a better feel for what an animal looks or even feels like.

That second picture is not a crop of the first, although that would have worked just as well. This Northern Water Snake only gave me a few brief amounts of time to make pictures, but there was enough time to move in closer for a second shot, and if fact, somewhere in my poorly labeled digital files there is an even closer look as well.  The farther distanced photo, lets us know what this snake really looks like, while the close one, takes us more intimately into its world.

I spotted this Double-crested Cormorant drying its wings above a marshland pond. It gave me some beautiful looks at this behavior but eventually, I began to wish it would dive back into the water. I finally gave up on that particular bird and moved up the road a little farther. Walla, this one cooperated, if memory serves, only moments after my arrival.

Often daily life has missing moments or gaps to be filled.  It’s like eating a meal. You begin with a side dish, “almost” fill yourself with the main course, and finish it off with some desert. If you miss any part of it, it becomes lunch or a snack but not a meal.

Below you will find a writing from an Illinois judge, to the governor of that state. My wish for the people of that state is that this judge would run for governor when that office is up for re-election.

Dan Largent
May 24 at 9:50 AM · Public
Chief Judge Michael McHaney of Clay County had this to say at the conclusion of the case he heard yesterday afternoon (Mainer v Pritzker) in the Clay County courtroom:
“Since the inception of this insanity, the following regulations, rules or consequences have occurred: I won’t get COVID if I get an abortion, but I will get COVID if I get a colonoscopy. Selling pot is essential, but selling goods and services at a family owned business is not. Pot wasn’t even legal and pot dispensaries didn’t even exist in this state until five months ago and, in that five months, they have become essential, but a family-owned business in existence for five generations is not.
A family of six can pile in their car and drive to Carlyle Lake without contracting COVID but, if they all get in the same boat, they will. We are told that kids rarely contract the virus and sunlight kills it, but summer youth programs, sports programs are cancelled. Four people can drive to the golf course and not get COVID but, if they play in a foursome, they will. If I go to Walmart, I won’t get COVID but, if I go to church, I will. Murderers are released from custody while small business owners are threatened with arrest if they have the audacity to attempt to feed their families.
These are just a few of examples of rules, regulations and consequences that are arbitrary, capricious, and completely devoid of anything even remotely approaching common sense.
State’s attorneys in this state, county sheriffs, mayors, city councils and county boards have openly and publicly defied these orders followed by threats to withhold funding and revocation of necessary licenses and certifications unless you obey. Our economy is shut down because of a flu virus with a 98 percent plus survival rate. Doctors and experts say different things weekly. The defendant cites models in his opposition. The only thing experts will agree on is that all models are wrong and some are useful.
The Centers for Disease Control now says the virus is not easily spread on surfaces. The defendant in this case orders you to stay home and pronounces that, if you leave the state, you are putting people in danger, but his family members traveled to Florida and Wisconsin because he deems such travel essential. One initial rationale why the rules don’t apply to him is that his family farm had animals that needed fed. Try selling that argument to farmers who have had to slaughter their herds because of disruption in the supply chain.
When laws do not apply to those who make them, people are not being governed, they are being ruled. Make no mistake, these executive orders are not laws. They are royal decrees. Illinois citizens are not being governed, they are being ruled. The last time I checked, Illinois citizens are also Americans and Americans don’t get ruled. The last time a monarch tried to rule Americans, a shot was fired that was heard around the world. That day led to the birth of a nation consensually governed based upon a document which ensures that on this day in this, any American courtroom tyrannical despotism will always lose and liberty, freedom and the constitution will always win.”—Judge Michael D. McHaney, Clay County court, Mainer v. Pritzker, argued May 22, 2020.
Thank you, Judge McHaney. You said it beautifully.