Posted on March 19, 2019 by nelsonearthimages

I cannot deny, although I often wish I could, that there have been
times in my life when I was “spoiling for a good fight”. I speak not
of physical combat although once or twice it unfortunately went that
way.

A fight is only noble or at least a  better path than peace, when it is in self
defense, in defense of someone else or your country, or at least when
you are in the right. Most people who know me well would tell you that
if I am willing to fight, I am usually pretty sure that I am in fact,
in the right. Of course that is my personal opinion and as they say,
what’s “one man’s opinion“.  Some I am sure, might disagree with this
“one man‘s opinion“.

Everyone, should be willing to take a stand when necessary, unless it
is so contrary to who you are or what you believe, that it would be
self-destructive. In the end, a great fight for a great purpose,
should make you feel good not bad. Not because you won, but because of
what you stood for during the battle, and hopefully, the example you
displayed for others.

All too often, my anger has become the lesser part of valor rather
than the better part. A Facebook argument I became involved in with an
acquaintance some time back in which I challenged him to an ongoing
debate right here on these pages, is an example. It became more
important for me to continue the fight, and make it personal, than it
was to make my point, which I believe was superior to his.  I was
somewhat ashamed of the route I took to get my point across. Why and
how you fight is important, and I let myself down that day. Fighting
rough is okay, but taking advantage of others just to win, is not.

I am writing about this subject today, because there is a worldwide
fight going on right now. It is a war of ideas but it is often
manipulated by those thirsty only for power and it all too often
becomes a physical war with casualties.  Those with the power are
always willing to let those they manipulate suffer the wounds, be they
emotional or physical.

It isn’t 1985 anymore. This is for keeps and the political right has
to be willing to be rougher than they were. The elitist old style
Republicans who have refused to recognize that fact, are yesterday’s
news. They will hand over the keys to the world if we let them.  With
all that said, if we are the same as our opponents, than what’s the
point?  It’s where that line is, that leads our side to disagree.

I honestly believe that I have a good feel for being tough and hitting
hard without becoming the hypocrites and out and out lunatics that we
see on the left.  Remember, many of them in the under 45 age group,
have been lied to and propagandized for all of their lives. It takes
time, and an accumulation of something they haven’t been taught,
common sense, to “see the light”. We just have to keep on trying.

So let’s fight for right and never stop, but let us remember the enemy
is often our co-workers, neighbors, friend and relatives. Fight hard,
extremely so when necessary, but don’t become what you complain about.
A battle is only righteous if you are in fact more righteous than your foe.

In the meantime, here’s praying for an armistice or two along the way
with as few casualties as possible.

Do not think that Christians, are not called to be soldiers.

12: For we wrestle not against flesh and blood, but against
principalities, against powers, against the rulers of the darkness of
this world, against spiritual wickedness in high places. ( I know that
both sides in this fight cold claim we are fighting against those
people and things that are referred to in this verse. Ask yourself
which side contains the most believers in God, and then ask which side
prefers a “government god” called socialism?)

13:Therefore take up the whole armor of God, that you may be able to
withstand in the evil day, and having done all, to stand firm.

Our wildlife friends fight for a variety of reasons. Even when it is a
life or death struggle, their motives usually remain clean and pure. 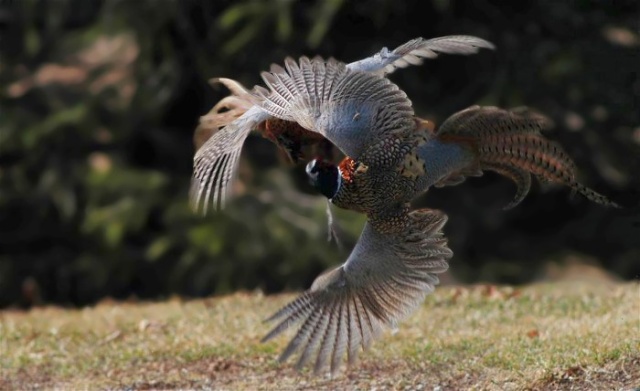 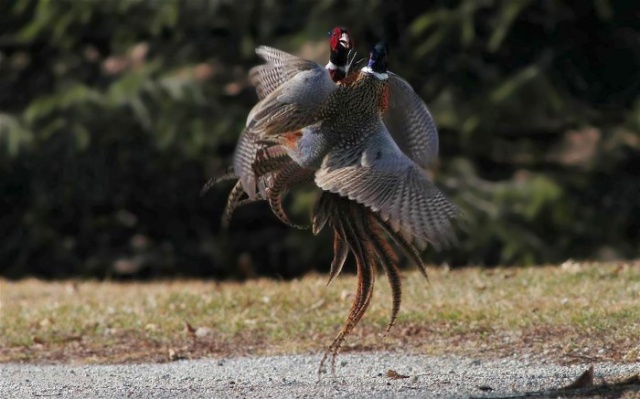