Quite The Contrast & Other Stuff

Posted on February 5, 2019 by nelsonearthimages

Contrast, is the essence of photography. Color contrasts place warm
advancing colors against cool receding ones, and create dimension
within the image.  A  flat two dimensional photo becomes a depiction
of three dimensional reality.

I have featured color contrasts in photographs on these pages many
times, and I generally use examples that are obvious. They beat you
right over the head. Today’s example, is a sunrise/alpenglow shot of
Colorado’s Maroon Bells Mts., and Maroon Lake. While the pictures are
borderline jarring in their colors, the contrast is a little more
subtle than my usual examples.

The coolness in the sky and especially the lake, do contrast nicely
with the warm sunrise image and reflection of the mountains.  The
difference does create a color contrast.

Okay, why does there appear to be a  white cloud cover over almost the
entire area of the sky, while the reflection in the lake seems to have
more defined clouds and a more pronounced area of blue?  The answer is
that the sky in my photo had far too much digital noise showing. The
lake did not. I used the noise removal feature on the sky but I needed
to use that feature solely on the blue, cloudless area. I used that
software feature on the whole sky, clouds and all. Removing noise
soften and spreads everything within the area and those clouds were
spread out to cover almost the entire sky.

Live and learn, but it is still a pretty shot. 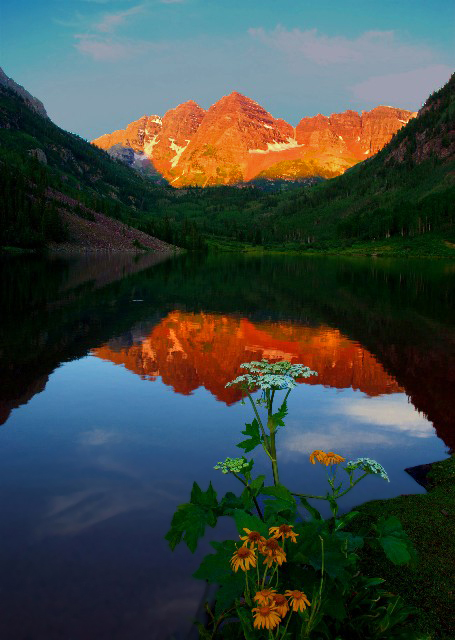 This dark butterfly was perched within a section of soft, light toned
grasses and plants. The smooth light tones of the plants, and the dark
and textured butterfly, contrasted each other. That effect actually
made the background, which was out of focus, ethereal in nature, and
the crispy insect very literal. That is another type of contrast that
can be exploited by photographers. The melding of soft and gentle and
detailed and crisp in a single picture, is certainly a form of art. 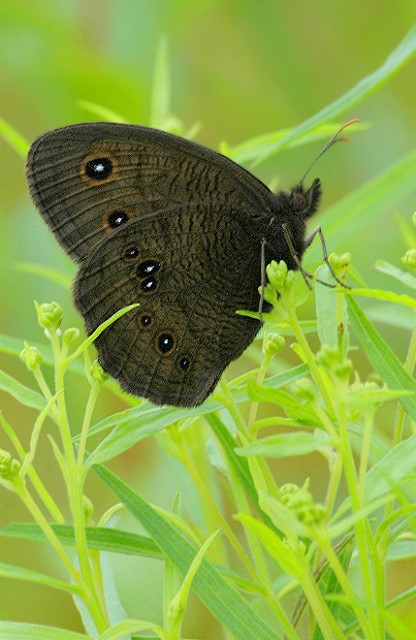 The ultimate tonal contrast can be found in placing grayish or white
objects such as these icicles, against a nearly black background.

The ice in the photo below clearly pops when layered against the dark
background. The picture also shows how ice that melts and refreezes
can produce strange and beautiful shapes. 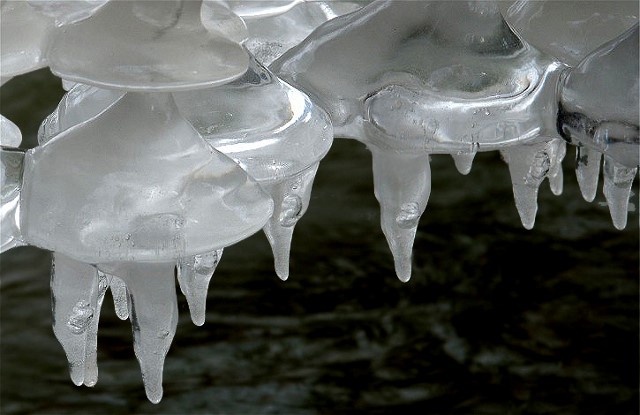 What about pure white frost and a deep black background?  This is the
ultimate contrast between tones. 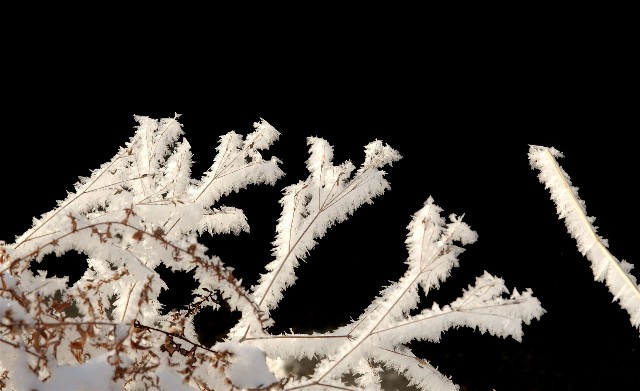 Once again, nature creates the most beautiful shapes.  Let us leave
the subject of contrast, despite the fact the first flower picture
below has some nice light to dark examples of such, which do in fact
produce some contrast.

Flowers are way up my list of favorite subjects. There’s a million
(literally) different shapes and forms to be found in the world of
flowers. There are also countless colors and the possibilities of
potential compositions are infinite. In general, when I taught
workshops, the only times I did not include flowers as a subject was
when the season was wrong to find them.

If memory serves me,  and I will admit that sometimes it does not, I
spent a long time studying this flower and potential shooting
positions, and therefore backgrounds, before I clicked the shutter for
the first time. The dark out of focus green background, and an equally
out of focus second blossom in the background, made this image fun to
create. It gave some separation to the flower. The composition of
where the blossom resides, in respect to the rest of the plant, was
carefully thought out by me. 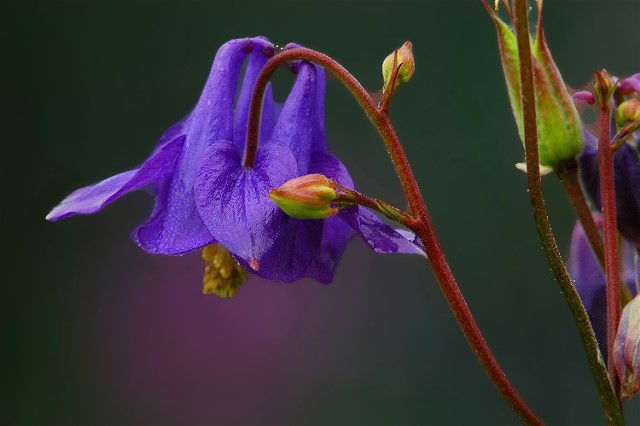 The comp of this finished image verses the previous one is quite a
different animal, well, err, flower.  I am pretty sure I composed this
flower mostly by feel, via emotion and instinct, but note that those
instincts brought me to the “power point” tool of composition. The
“actual” center of the flower is composed in the upper left third of
the picture, where the lines intersect at the location where vertical
and horizontal lines meet.  Rules can be tools and they can aid you
even when you do not expressly intend to use them. 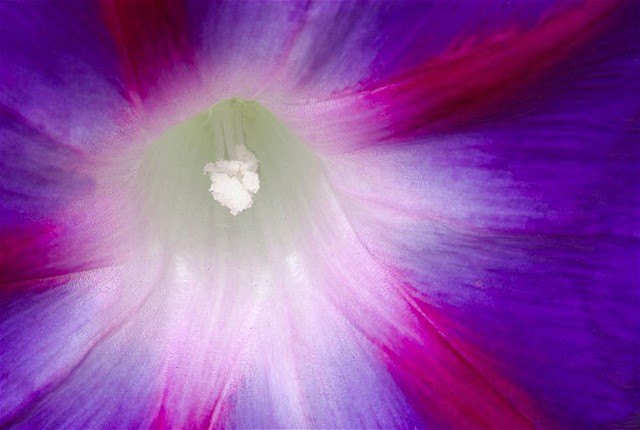 Neither of these pictures are exactly world beaters but note that the
simple act of finding the same overall exposure with a slower shutter
speed in one picture verses the other, actually turned the same basic
comp into a different one.

Everything within the picture frame matters.

It is always beneficial to try a variety of things to do with
composition, depth of field and shutter speed when you are working
with any subject. In fact, I have always taught that depth of field is
an actual part of composition. The same could be said about motion
blurring verses arrested motion. 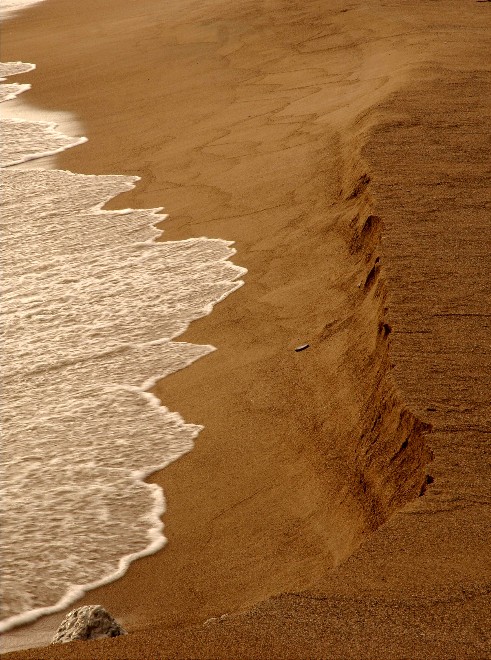 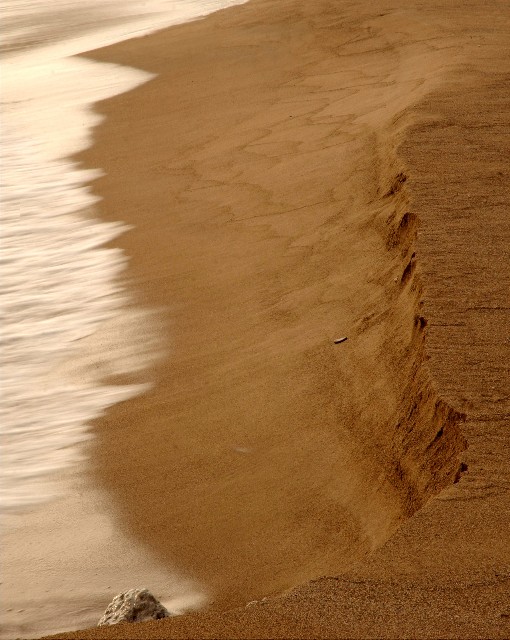 I love sunrise/sunset as a photographic subject. I enjoy both the
quite literal, traditional style, as well the dreamy total abstract.
If I had to decide the most fulfilling for me, I would say it is the
hybrid of the two. Images that you know or have a good idea what they
represent, but they are abstract enough to be a personal
interpretation of reality..

This image became dreamy and ethereal by exposing this sunrise made a
small lake, for the brightest area of the scene. This brought the
values down to the point of creating an image that is more about
suggestion than reality. 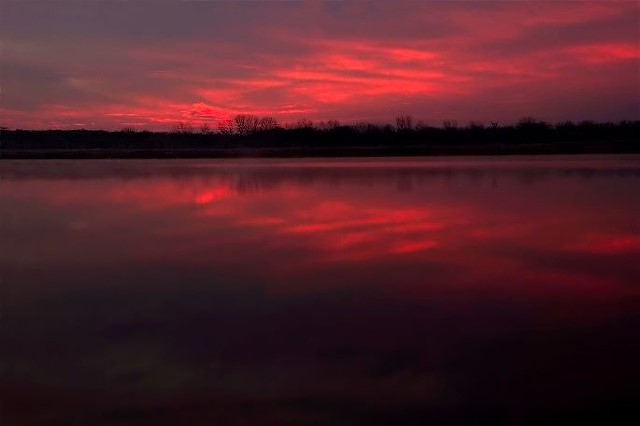 This next picture borders on a complete abstract. The sun is behind
the lower bank of clouds and it is not only peaking though those
clouds, but it is lighting the upper clouds in a most compelling way.
There is something in this photo that adds a dose of reality to the
image. Note the two gulls flying in the upper area of the picture. 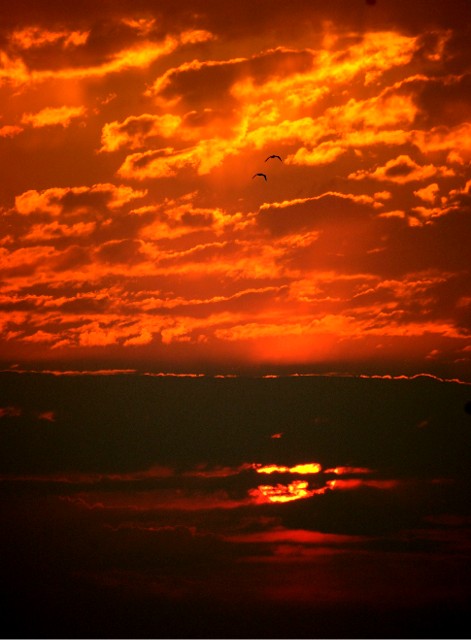 Speaking (or writing) of fun, there is nothing in photography more fun
than the subject of wildlife

Mirror images are always great possibility with critters like wading
birds or waterfowl. This picture of a Horned Grebe was fairly simple
as my subject swam slowly and stopped periodically to search the sky
and water surface for danger, and under the water for breakfast. 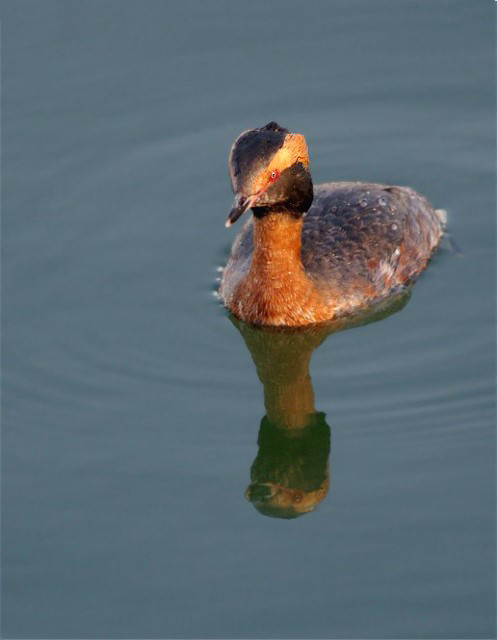 I thought I would end my images for the day with this cute little
immature Barn Swallow. He/she had a lot to say but he/she certainly
had zero fear of me.

On some days it is great to be alive….for both Swallows and photographers. 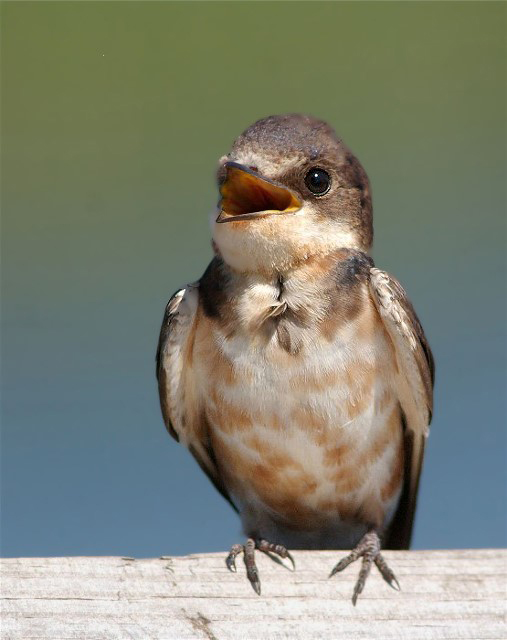 I will end today’s post with a stunning underwater picture from Dannie
Polley (Dan Cesar).  It appeared recently in Earth Images.  It is the
best picture in today’s post and was made under the waters which
surround an island in the Philippines. 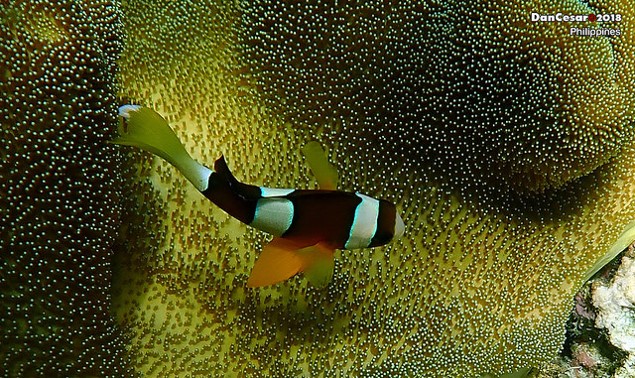 May God Bless you,
Wayne