Posted on March 25, 2018 by nelsonearthimages

Indeed perspiration, inspiration and many other things can and do go
into the act of making images.

As has been the case for some time when I show my own images on these
pages, I simply opened up a few folders of old images, and then
(metaphorically)  threw darts at them and accepted whatever was hit.
Below is what formed in my (somewhat) fertile mind when I looked at
those pictures. Sort of a mixture of memory and mood. You might say,
mind and heart.

It is true, that effort (perspiration), knowledge and creative thought (from inspiration),
are the ingredients that produce results, be they what we hoped for,
or what we settle for. (Yes I ended with a preposition)

I love creating images of sunrises and sunsets. I have expended no small amount of effort in getting myself up and out of bed, and then in position some miles away, to use
any knowledge I might possess, combined with whatever inspiration I
may have inside, to capture images that at least party fulfill my
desires.

This first image shows a lake Michigan (Illinois) sunrise as a major
storm works its way across the water.

Once again, “the perspiration” of getting up early and driving many
miles hoping to find a nicely shaped rock formation in Utah’s Valley
of The Gods, along with some photographic knowledge, were the
necessary components to this image. I had never been there before, and
had no previous info about this formation, which would make any claims by me of inspiration, dubious.

Being there when the light is right, or maybe when the action begins, will
always be more important than artistic  forethought. I mean, if you’re
not there you cannot make the picture.

I was at this pond well before sunrise but sunrise wasn’t really on my
mind. Then I noticed some fog moving across the water from the eastern
edge of that pond. The Canada Geese were already honking and signally
that they might just lift off very soon. I set up and waited for some
orderly formations in order to bring some of that order to the early
morning chaos, and click, click, click, a new photo for my files. 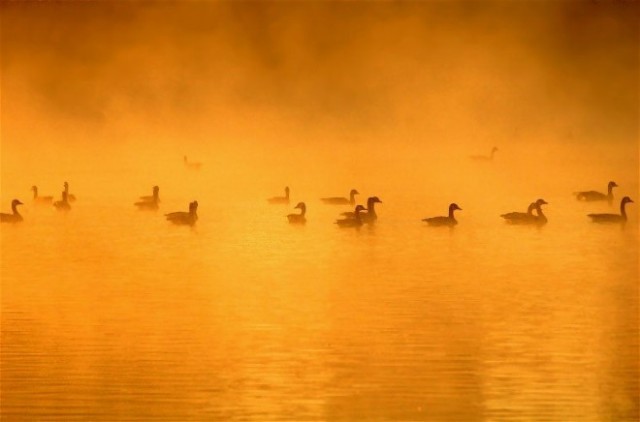 A fair amount of inspiration, via pre-visualized visions in my brain,
helped me to capture a moment of cross-lighting during a brief
fraction of second of a small waterfall. I worked quickly to get into
position (on a rock I believe) as to catch the light, and the crossing
patterns of the water. An abstract waterfall similar to this had been
resting in my brain for a while, but I had no idea that I was even
going to find this spot, much less find the ingredients to bring it to
fruition.

Wildlife are always an animal (pun intended) of a different sort when
it comes to creativity. You often don’t know what you will find when
you head out the door, and you can never pose your subjects in a
fashion that you’d like.  It is always up to them.

I have made a fair number of turtle pictures in my life and have
managed to even produce a few artistic images. Not so much with the
Painted Turtle below. This might have been the fasted moving turtle of
which I ever made pictures.  I decided that since my subject was not
willing to pose creatively for the sort of images that were streaming
through my brain, I would attempt to get a shot of him in mid-stride.
This picture actually stops the action (so to speak) of a turtle.

Zero inspiration, 100% perspiration. Well, as much perspiration as one
can expel when photographing a turtle.

Most of you know that my philosophy when it comes to photographing
wild animals is they are the artists and I am the camera jockey that
passes that art along to others. I do however believe that we do so
while being “inspired” by the subject. This is a female Northern
Cardinal photographed in my own (minimal perspiration) back yard. 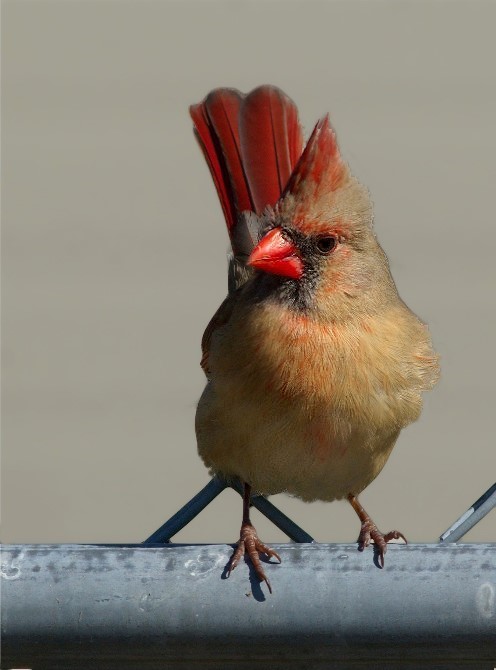 The artful poser? The American Bittern always provides photographers
with an artistic, and maybe a somewhat snooty sort of pose.

A good part of the effort (perspiration) that photographers put into
their wildlife photography is about getting into the right position to
capture a great pose. The right angle, the right distance or lens. One
thing all of the perspiration and work on our part won’t do, is
convince a wild animal to strike the pose we want. Patience can be
hard work.

This Thirteen-lined Ground Squirrel did what it wanted to do with no regard for me, however, my patience made it so unconcerned with my existence that it spent 10 minutes performing for the camera without giving me a look.

Wildlife art is rooted deeply in the actions and physical appearance of
animals.  Add the art of the “sweet light” of sunrise, and the
photographer cannot lose. 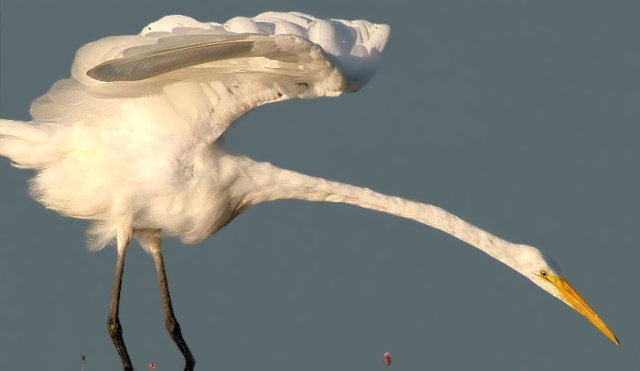 Perspiration, inspiration or both, with either wild animals, the
inanimate landscape or anything else, is made up of the same group of
factors, and requires the same sort of commitment from the image
maker, and cooperation from the subject.