Posted on November 9, 2019 by nelsonearthimages

Diversity has come to mean many things in today’s world, but to me it
will always represent my attitude towards the variety of subjects,
treatments and points of view we can attain and share through
photography.

Facebook friend Michael Purcell captured this awesome image of an
immature Reddish Egret, almost touching down. I find the light
attractive and this bird in its juvenile “rustic” plumage, photographs
beautifully. 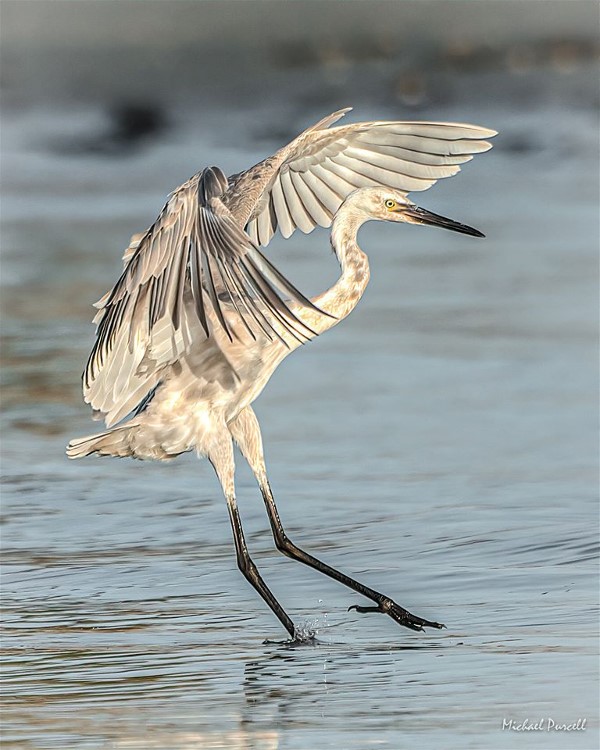 This sunrise or sunset photo was made somewhere in the mountains of
North Carolina by another Facebook connection Tim Baumgartner. The
compositional division of parcels of land along with sky and that
ominous cloud, make this excellent. That rising/setting sun is also placed
perfectly “right of center” to hold keep the image interesting and
engaging. 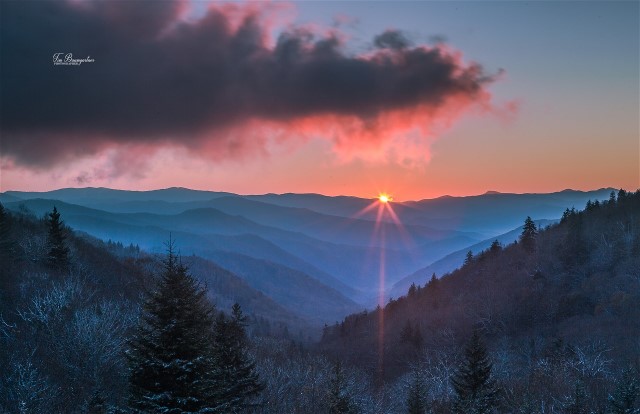 The rest of today’s pictures are mine and they were selected for
teaching moments.

There are valleys and then there are valleys. Monument Valley
Arizona/Utah is the valley.  It would be a struggle here to not make
good photos, but thought and composition are still a good idea.

I was fortunate to be on the receiving end of several differing, but
powerful sorts of light on my one day at the valley.

The image below has several compositional concepts at work within its borders.
I wanted a feeling of space, and devoted some time to finding a
location where I could photograph this rock form, and utilize the
foreground, sky, and rock form itself in balance with each other. That
lone desert flower was the extra touch in aiding me to stretch out the
land between myself (and the flower) and the rock, and giving viewers
something interesting to begin with. The finishing touch was easy. A
beautiful blue sky, which provided a contrast with the rock in both
its contrast of texture, and in color. Cool blue plus warm reddish orange 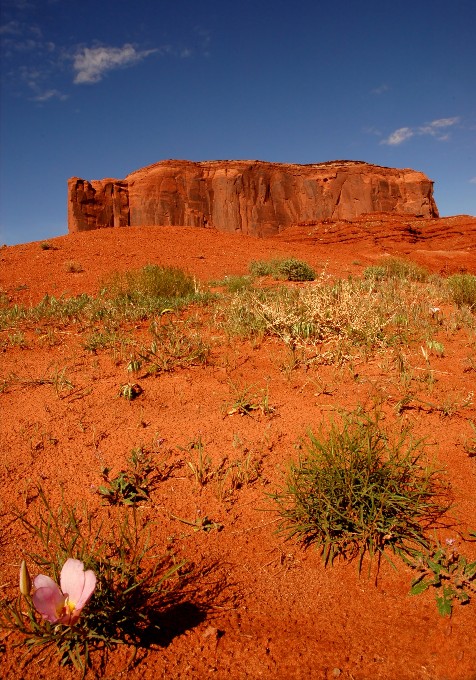 This is an odd sort of image, but I seem to keep coming back to it
over the years. It was made many, many years ago with a medium format
film camera. At the time I created it, I liked the (another
complimentary contrast) juxtaposition of the strong solid tree trunk
which held its own against the rushing water, and what I knew (due to
a slow shutter speed) would become slow and dreamy water.

Physical violence (the stream), changed into a gentile baby, and a
crispy, craggy tree. 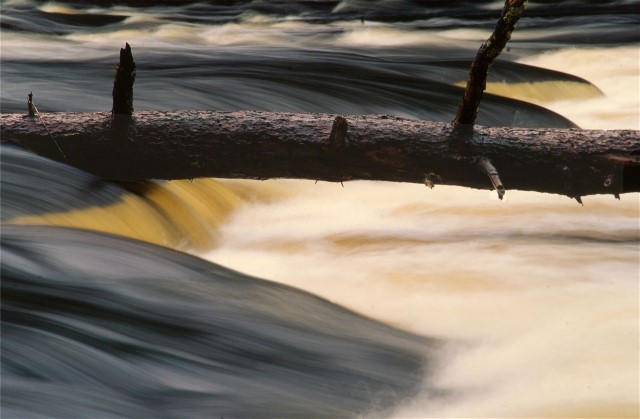 Composing wildlife pictures is just as important as are
landscapes.

This image, like most that are made today of wild animals, was
destined to be cropped at home. That meant that I left even amounts of
space around it, to compose it at home. It took me years, to force
myself to not compose wildlife images until I was at home and editing.
I spent so many tears attempting to get close, and finish the comp while there shooting, that it made creating images with a centered subject for “at home” composing, difficult for me to say the least. It did however, also mean  that all of those years of composing before I clicked the shutter, taught me the art of composition so I could use it when I was editing pictures.

This Pied Billed Grebe in Duckweed, is composed the way I saw it while
in the field, even if I actually completed  it at home. The bird’s
body has room to look in the direction it is facing, and it rests up
in the frame rather than the bottom. The duckweed is the pallet in
which this painting (well, photo) has been made. 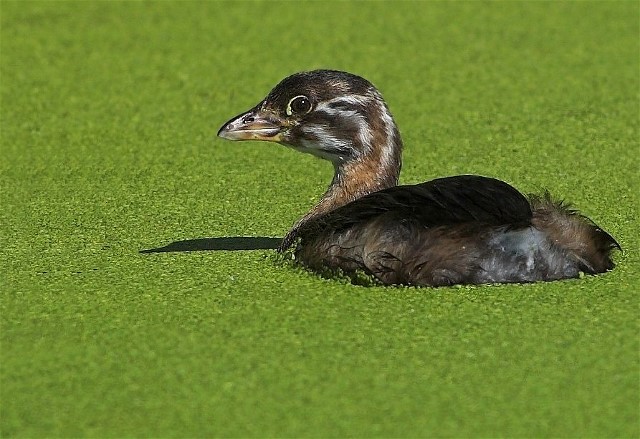 Okay, I know I make a lot of images of animals that feature their
posterior. However, this Rocky Mt. Elk is posing in a way that renders
this image more artful (my opinion), than most of my frontal shots of
this and many other such animals. The pond and out of focus
reflections of grasses, I think divides the image in a way that is
pleasing to the eye. 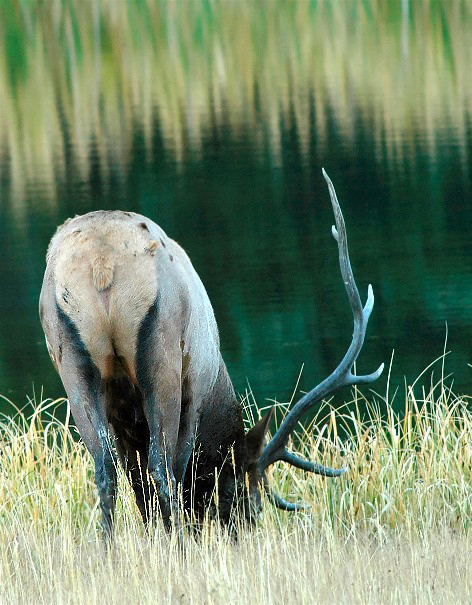 Snakes are hard to photograph. Not just because they slither away. I
photographed this Northern Water Snake in its entirety (whole body), and while
those images make nice record shots for what this species looks like,
and how long it is, this close-up is much more compelling.

I will suggest to each of you, shots like the one below are not easy
to accomplish. This picture was created not with my 500mm plus a 1.4
converter (extender), but with my 105 micro and a tripod.

These guys of course are not poisonous, but they contain
contamination in their saliva that can cause serious infections. This
one was both curious and kind. 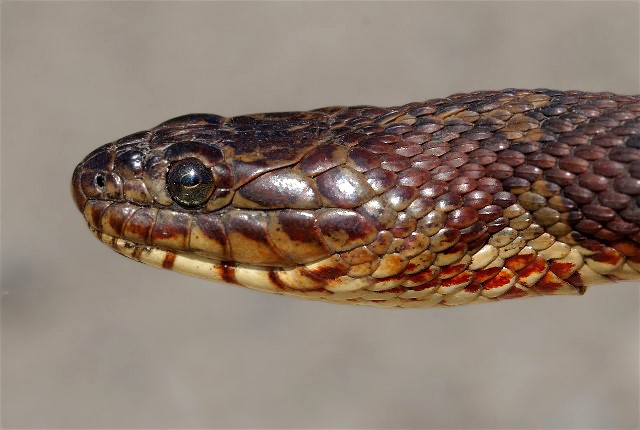 Anytime you photographically cut the bodies of wildlife subjects at the head or neck, you run the risk on uncomfortable compositions.

In the case of this Sandhill Crane image, I find the comp somewhat uncomfortable. In addition to that, the face and eyes are not sharp. Thankfully, I made dozens of better shots of this particular bird. 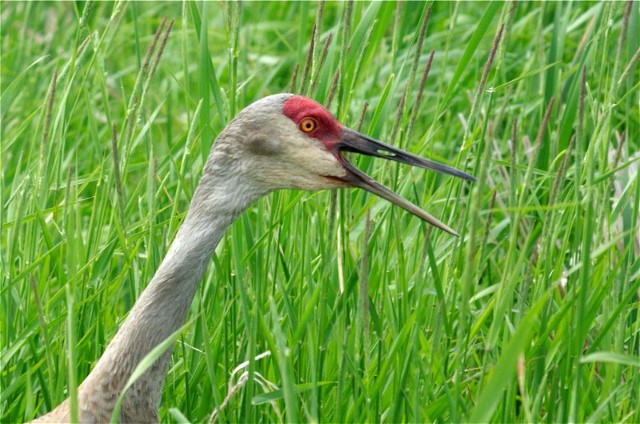 Depth of field, or near to far focus sharpness, can always be a
problem with wild animals.  So often, we use long lenses and shallow
depth of field. This was made with that 500mm, and was shot at an f
stop of f 7.1  which is fairly shallow at this close distance.  The birds face and
bill are in focus and sharp. Those are the most important parts to
render crisp. The problem is that with this comp, the body and tail feathers are closer
to us and it is not in truly crisp focus. You can’t really miss that fact.

So, is this image worth showing? Those are the questions photographers
ask themselves each and every day. 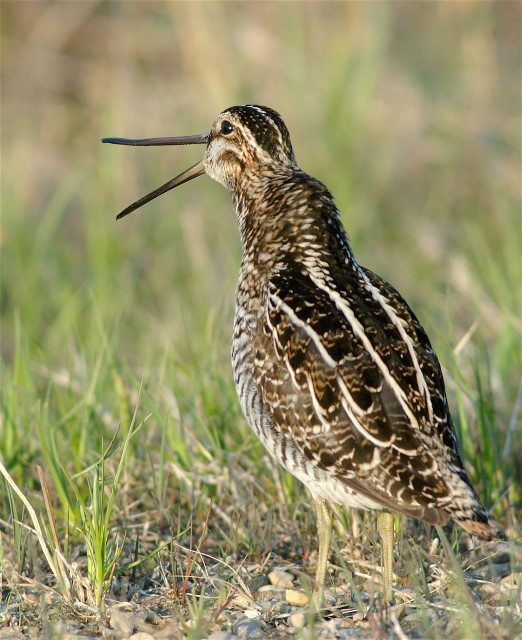 My final two images are meant to celebrate the current season which is
in the process of leaving town so to speak, and to anticipate the next
season.

This first photo was made on Morgan Creek in Wisconsin’s Chequamegon
National Forest. Autumn comes to the wilderness.  I was taken by the
contrast (there’s that word again) of the evergreen, and the fall
maples.  The 50/50 mirror image was a personal choice, but of course I
made several compositions of this scene.

Use it or lose it, is a seasonal reality. 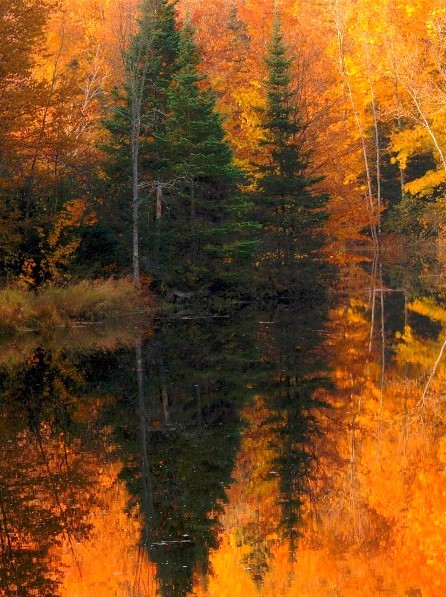 What? Winter without snow or ice?  There was snow and I did make
images with snow, but the obvious conclusion that this image was
created during the Christmas season, makes this a winter photo.
Photography is a form of story telling and there are many given ways
to tell a story. 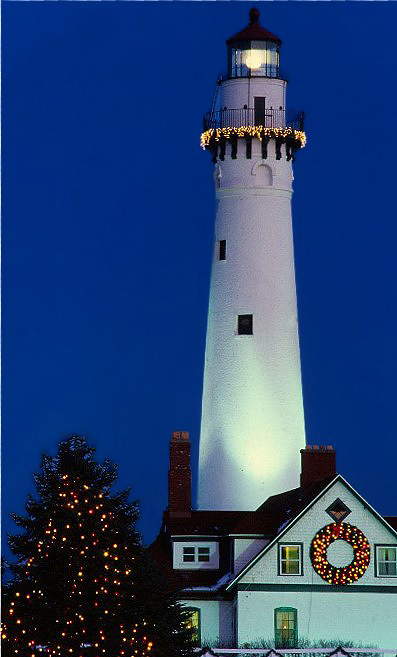 This coming Monday will be Veteran’s Day. Veteran’s Day, unlike
Memorial Day, is set aside to honor the service of all members of our
military, rather than only those who died in service to the country.

I was of age to enter the military when there was a draft, and a war.
I drew a high draft number, and chose not to enlist in the service.
From that time on, I have given proper due to all who serve our country.

Since the Civil War, women have been serving our country in the
military. Over the past twenty years they have served in combat
positions. They represent a large segment of our military. So do not
forget Veteran’s Day is about everybody who serves.